The story behind ‘Hark! The Herald Angels Sing’

The composer of the melody of one of the most popular Christmas carols didn’t want it used for sacred purposes, and the man who wrote the text didn’t want a jaunty melody for it. GUNTHER SIMMERMACHER tells the story of ‘Hark! The Herald Angels Sing’. 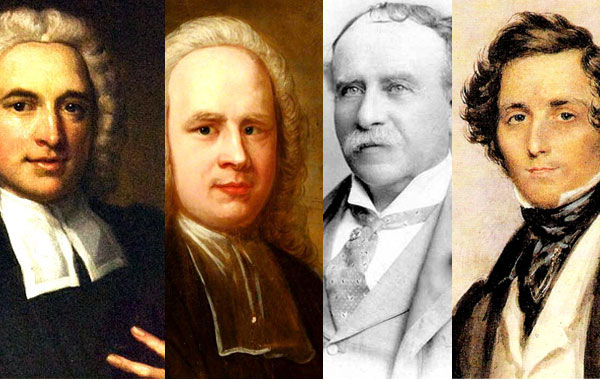 One of the most popular carols in the canon of Christmas song is the jaunty ‘Hark! The Herald Angels Sing’. Yet, it wasn’t supposed to be cheery, nor was it to be sung at Christmas.

The text of the hymn preceded the melody by a century. It was written by Charles Wesley, brother of John, with whom he founded the Methodist Church. It first appeared in 1739 in a collection titled Hymns and Sacred Poems. The original opening lines were “Hark! How all the welkin rings. Glory to the King of Kings”.

Like John and their father, Charles was an ordained minister in the Church of England; unlike his brother, Charles opposed a complete break from the Anglican communion. But Charles’ game was not so much the politics of religion as the poetic expression of faith. He wrote more than 6,000 hymns.

When Charles wrote about the ringing welkin which would become singing angels, he was still a young vicar.

He had been ordained in 1735. Three years later, at the age of 30, he experienced the religious conversion which led him and brother John to set up the new Methodist movement. That conversion fuelled Charles’ fervour to write hymns and religious poetry, with a particular focus on the workings of the Holy Spirit.

His “Hark! How all the welkin rings”, however, was aimed at Christmas. The practice of writing Christmas hymns was still in its infancy in Britain, where Christmas — and Christmas carols — had been suppressed by the Puritans just a few decades earlier, from 1649-60, and not exactly encouraged for years thereafter.

The opening words of Wesley’s carol make little sense to modern English-speakers. “Hark” meant to listen attentively; an alternative form of the now obsolete verb “heark” (from which we derive the modern word “hear”).

“Welkin” meant clouds (related to the Afrikaans and Dutch Wolke, and the German Wolken), but more than that, it indicated the vaults of the heavens in which the angels dwell. So the original title calls on the listener to “hear how the heavens ring”.

Evidently that formulation did not have universal appeal. In 1754 a colleague and rival of the Wesleys, George Whitefield, dropped the ringing welkin and changed the opening words to the now familiar “Hark! The Herald Angels Sing” — and he did so without first obtaining Wesley’s permission.

Understandably, Wesley was protective of his works. He wrote: “Many gentlemen have done my brother and me…the honour to reprint many of our hymns.” Now they are perfectly welcome to do so, provided they print them just as they are. But should anyone change their words, he sniffed, they should add a disclaimer absolving the Wesleys “for the doggerel of other men”.

Whitefield was an interesting character in his own right. A Methodist of the Calvinist school, he had been a vigorous missionary in the American colonies, where he became friends with Benjamin Franklin. He was one of the first religious leaders to preach to slaves, but he was also a supporter of slavery — its re-legalisation in Georgia was in part due to his campaigning — and kept slaves himself.

“Hark! The Herald Angels Sing” underwent another revision in 1782, six years before Wesley’s death, to give us the final lyrics which we still sing today.

But nobody then sang it to the tune we do today. It was sung in a slow tempo, as one would a solemn hymn, just as Charles Wesley had prescribed it.

That changed more than a century after Wesley had written the text. In 1855, the English musician and tenor William Hayman Cummings adapted a piece of secular music by the German composer Felix Mendelssohn Bartholdy.

An organist at the historic Waltham Abbey in Essex, the classically trained Cummings had as a 16-year-old once been in the choir backing Mendelssohn at a concert in London. He was still only 24 when he used a movement from Mendelssohn’s Festgesang from 1840 to score “Hark! The Herald Angels Sing”, giving Wesley’s lyrics the cheery tune which the writer didn’t want.

Mendelssohn would have objected to the use of his melody in a Christmas carol, but by then the genius composer, who is perhaps best-know as the writer of the popular Wedding March, had already been dead for eight years.

Mendelssohn’s relationship with religion was complicated. He was born into a non-practising Jewish family in Hamburg, but he was still a young boy when his parents converted to Reformed Christianity, taking their children with them. While he was proud of his Jewish heritage, and not particularly engaged in his church, he never renounced Christianity.

But the melody which Cummings would adapt for the Christmas carol was meant to be emphatically secular.

The Festgesang was written to celebrate the 400th anniversary of Johann Gutenberg’s invention of the printing press, and was first performed on the market square of Leipzig. Three of the four part-cantata were religious in flavour, but the second movement — the one Cummings used — was secular, beginning with the words “Vaterland, in deinen Gauen” (Fatherland, in your provinces).

Cummings’ adaptation quickly caught on, and “Hark! The Herald Angels Sing” is now as much part of the religious celebration of the feast of the Nativity as it is of the cultural festivities.

Given the composer’s express wish was that his melody should be used only for secular purposes, we may feel a tinge of guilt when we sing it in church — but take heart, for we may feel entirely comfortable with Mendelssohn’s intention when we hum along to the tune in the shopping mall.

Brief biographies of hymns and carols at www.scross.co.za/category/features/biography-of-hymns/