How Can you Tell if Someone is Demon-Possessed?

Recognising the difference between a person who’s possessed and a person struggling with a mental illness or other infirmity is a vital part of the ministry of exorcism, according to a long-time exorcist and priest. 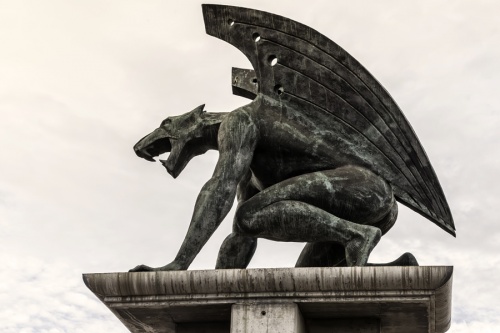 Father Cipriano de Meo, who has been an exorcist since 1952, told CNA’s Italian agency ACI Stampa that typically, a person is not possessed but is struggling with some other illness.

The key to telling the difference, he said, is through discernment in prayer on the part of the exorcist and the possessed – and in the potentially possessed person’s reaction to the exorcist himself and the prayers being said.

The exorcist will typically say “(a) prolonged prayer to the point where if the Adversary is present, there’s a reaction,” he said.

“A possessed person has various general attitudes towards an exorcist, who is seen by the Adversary as an enemy ready to fight him.”

Fr. de Meo described the unsettling reaction that a possessed person usually has, detailing a common response to the exorcist’s prayer.

“There’s no lack of frightening facial expressions, threatening words or gestures and other things,” he said, “but especially blasphemies against God and Our Lady.”

The Catechism of the Catholic Church emphasizes the importance of distinguishing between demonic activity and mental illness. From paragraph 1673: “Exorcism is directed at the expulsion of demons or to the liberation from demonic possession through the spiritual authority which Jesus entrusted to his Church. Illness, especially psychological illness, is a very different matter; treating this is the concern of medical science. Therefore, before an exorcism is performed, it is important to ascertain that one is dealing with the presence of the Evil One, and not an illness.”

In April of last year, the Vatican Congregation for the Clergy and the Sacerdos Institute hosted a seminar at Rome’s Regina Apostolorum University, specifically aimed at training priests and lay people in spotting the differences between psychological problems and demonic possession.

The conference included interventions from a wide range of experts in the field of exorcism, including practising exorcists, medical professionals, psychologists, lawyers, and theologians.

Fr. de Meo also emphasised that not all cases of possession are going to look the same, which is why it is so important for exorcists to go through rigorous training.

“It’s up to the priest serving in this ministry to know how to deal with the case, by the will of God, with love and humility,” he said.

“For this reason, with my bishop’s authorisation, for 13 years, I’ve led a school for exorcists. I’ve tried to especially prepare those who are beginning this ministry,” he said.

However, even though cases of demonic possession are not as common as cases of psychological illness, most people are too unaware and unfamiliar with spiritual realities, he said.

In 2014, the International Association of Exorcists (AIE) called the rise of occult activity a “pastoral emergency.”

“The consequences are always disastrous.”

Father de Meo said that people often turn to “the chatter of magicians and Illusionists” for answers, rather than “the weapons the Lord has put at our disposal.”

While people often seek radical answers or signs, the best defence against demonic possession is a simple and sacramental life of prayer, the priest said.

“It’s absolutely fundamental to get rid of sin and live in the grace of God,” he said.

“The Church in fact, wants a life of prayer, Not just on the part of the priest but also the (member of) the faithful asking for the intervention of the exorcist, who benefits from the help of family members as well,” the exorcist explained.

The Catechism offers further guidance on how to avoid demonic activity: anything that involves recourse to Satan or demons, or that attempts to conjure the dead or reveal future events, is to be rejected.

From CCC paragraph 2116: “Consulting horoscopes, astrology, palm reading, interpretation of omens and lots, the phenomena of clairvoyance, and recourse to mediums all conceal a desire for power over time, history, and, in the last analysis, other human beings, as well as a wish to conciliate hidden powers. They contradict the honor, respect, and loving fear that we owe to God alone.”

As for the exorcists themselves, it is important to remain humble and to remember that their power comes from Christ, Father de Meo added.

“Regarding spiritual preparation, humility and the conviction that we exorcists aren’t the ones who are going to cast out the demon that’s fighting Christ. We’re called to fight on behalf of Christ.”

Pope: Devil Targets Those who Succumb to Despair
Share