The Holy Week terrorist attacks in Brussels on Tuesday led the city’s bishops to mourn and reflect on the deadly crimes in light of Jesus Christ’s Passion. 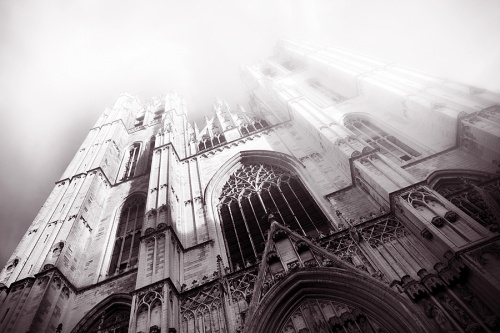 “The reaction of Christians ought to be first of all one of compassion with those affected, with those who are grieving,” he continued. “I am thinking of the victims and their families, we are together in prayer, in friendship.”

The bishop spoke in an audio statement on the website of the Belgian Conference of Catholic Bishops.

At least 30 people were killed and another 230 injured in the three explosions, CNN reports. The Islamic State group has claimed responsibility for the attack.

Salah Abdeslam, the primary fugitive in the November 2015 Paris attacks, was arrested in Brussels on Friday. Belgian officials are working on the assumption that the same network is involved in the latest attacks.

Bishop Kockerols interpreted the attack in light of the Christian observance of Holy Week.

“We have adopted the courageous attitude of Mary who was with the disciples,” he said. “She remained there at the foot of the Cross. Scripture records none of her words, but tells us she was there. This is the attitude of Christians who remain, who live in a still hidden hope in face of the incomprehensible.”

The bishop encouraged work for the common good and for public order. He said people should avoid controversies and accusations about guilt and failure to prevent the attack.

Bishop Kockerols later joined Archbishop Josef de Kesel of Malines-Brussels in a statement announcing the cancellation of the Chrism Mass scheduled for that day at the Brussels cathedral. The Mass is traditionally held during Holy Week. The bishops cited “obvious security reasons.” A small delegation will celebrate the Chrism Mass tomorrow night at the Collegiate Church of St. Gertrude.

The two bishops said “we are invited to stay with Mary at the foot of every cross today. By our prayer and friendship, we must surround the victims and their loved ones, their families.”

In the United States, Archbishop Charles J. Chaput of Philadelphia was among the Catholic leaders who responded to the attacks.

“We join with the Church in Belgium and the entire nation in this moment of intense pain,” he said. “Each life lost was a precious gift from God that has been torn from all those whom it touched.”

The archbishop encouraged prayers for the victims. Noting the passion, death and resurrection of Jess Christ, he said: “let us remember that God is the source of love and life and ask Him to bring peace to our troubled world.”

“These attacks have hit Brussels today, Paris yesterday – but it is Europe as a whole that has been targeted. The European Union and its Institutions stand united in the face of terrorism,” said Jean-Claude Juncker, President of the European Commission.

President Donald Tusk of the European Council voiced his “sincerest sympathies” for the victims of the attack. He said the European Union will work “to help Brussels, Belgium and Europe as a whole counter the terror threat which we are all facing.”

“I am horrified by the despicable and cowardly attacks which took place in Brussels today,” said European Parliament President Martin Schulz. “They are born from barbarism and hatred which do justice to nothing and no one.”

Pope Francis had responded earlier on Tuesday. He offered prayers for the victims, condemned the acts as “blind violence” and said he’s praying for peace.

“Upon learning of the attacks in Brussels, which have affected many people, His Holiness Pope Francis entrusted to the mercy of God the people who have lost their lives and joins those close to them in prayer for the death of their relatives,” said Cardinal Pietro Parolin March 22.

The Vatican’s Secretary of State signed the letter, which was addressed to the Archbishop of Mechelen-Brussels, Jozef De Kesel, on behalf of the Pope.

He said that Francis expresses “deep sympathy for the wounded, for their families and for all those contributing to relief efforts,” and prayed that the Lord would bring them comfort and consolation.

Pope Francis, he said, “again condemns the blind violence which has caused so much suffering, and he implores God for the gift of peace, invoking upon the grieving families and on all Belgians the benefit of divine blessings.”

An estimated 80% of all religious acts of discrimination around the globe are aimed at Christians. For many of us...