Innocent men, women and children are paying the ultimate price in the continuing conflict raging in Syria, especially in Aleppo, where they are caught in the crossfire between rebel and government forces, Pope Francis said. 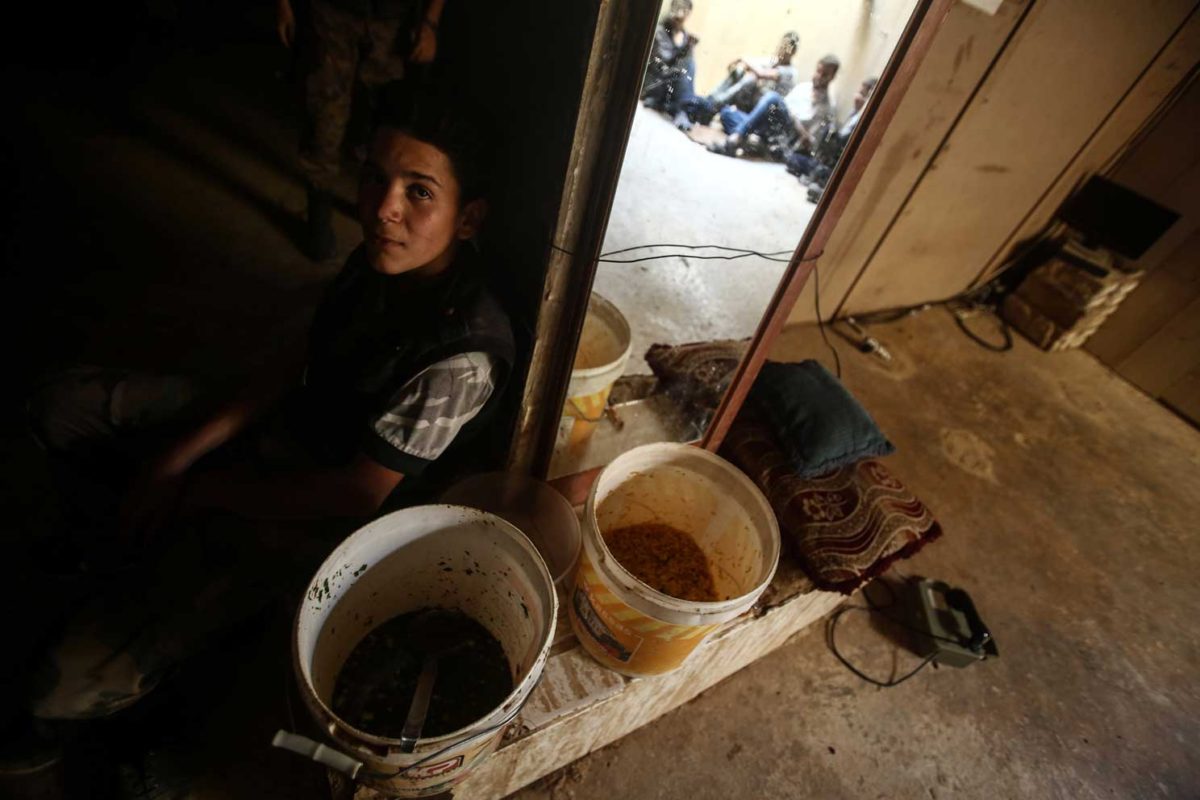 A Syrian fighter sits next to two food containers and a mirror in Douma, Syria July 28. Pope Francis said Aug. 7 that innocent men, women and children are paying the ultimate price in the continuing conflict raging in Syria. (CNS photo/Mohammed Badra, EPA)

“It is unacceptable that so many innocent people – even many children – must pay the price for this conflict, the price for the closed hearts of the powerful and their lack of will for peace,” the pope said in his remarks after the recitation of the Angelus prayer.

The pope expressed his sorrow following news that rebel alliance forces had broken through the Syrian government’s siege of Aleppo, the country’s largest city.

An estimated 300,000 residents were trapped in war-torn Aleppo at the beginning of August while hundreds of thousands have fled since the start of the civil war. Although food aid was brought into the city by rebel forces, Syrian and Russian forces continued air strikes in an attempt to regain control of the city.

Pope Francis led visitors at St. Peter’s Square in a moment of silence before praying a “Hail Mary” for the victims of the ongoing conflict.

“We are close to our Syrian brothers and sisters with prayer and with solidarity and we entrust them to the maternal protection of the Virgin Mary,” he said.

Speaking before the prayer, the pope reflected on the Sunday Gospel reading in which Jesus tells his disciples to “sell your belongings and give alms” in order to have “an inexhaustible treasure in heaven that no thief can reach nor moth destroy.”

Jesus invites Christians to use goods and wealth according to the logic of God and love of others rather than through “attachment and selfishness,” the pope said. “We can be attached to money, we can have many things but in the end, we can’t take them with us. Remember that ‘the burial shroud does not have pockets,'” he said.

In the Gospel reading, he said, Jesus uses three parables to teach his disciples vigilance, reminding them to “be prepared, awake and busy” by serving others.

The story of “the unjust administrator,” who abuses his authority while his master is away “describes a situation that frequently happens” today, the pope said.

“So many injustices, violence and daily evils arise from the idea of behaving like the master of other people’s lives,” he said. “We have only one master (and) he does not like to call himself ‘master’ but rather ‘father.’ We are all servants, sinners and children, he is the only father.”

Looking forward to the joys of eternity, the pope said, does not exempt Christians from the obligation of making the world “more just and more inhabitable.”

“On the contrary, it is precisely this hope of possessing the kingdom in eternity that drives us to work to improve the conditions of earthly life, especially for our weakest brothers and sisters,” he said. By Junno Arocho Esteves Catholic News Service