It’s not ‘my’ Jesus against ‘your’ Jesus

Joe Tosini believes that on the last day Jesus will judge people on whether they fed the hungry, clothed the naked and, especially, whether they loved one another, not on whether they were baptised with a sprinkling of water as an infant in a Catholic Church or by being plunged into a pool as an adult in an evangelical service. 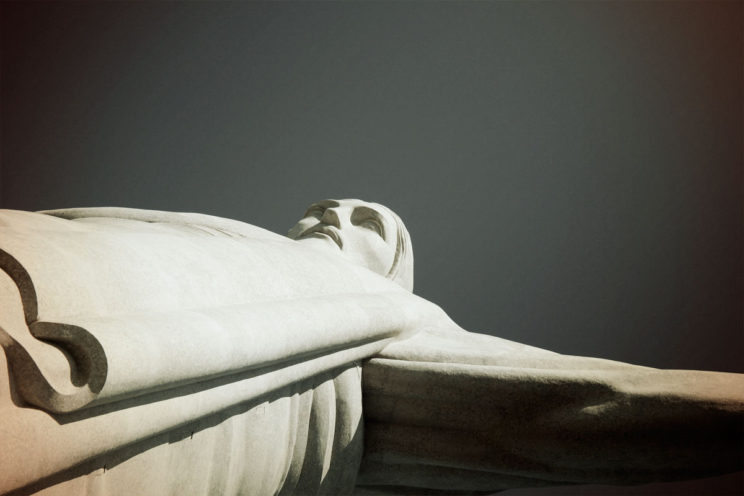 Tosini, a Pentecostal Christian, is founder of the Phoenix-based John 17 Movement, an ecumenical initiative about forming relationships and friendships among Christians.

Unlike the formal ecumenical dialogues the Catholic, Orthodox, Anglican and mainline Protestant churches engage in, the John 17 initiative does not involve theological dialogue and the examination of doctrinal similarities and differences.

Tosini and others in the movement focus on Jesus’ actions and words at the Last Supper and, particularly on his prayer in John 17:21: “That they may all be one, as you, Father, are in me and I in you, that they also may be in us, that the world may believe that you sent me.”

Pope Francis has been very supportive of the John 17 Movement and other informal ecumenical initiatives with evangelical and Pentecostal Christians.

The initiatives fit into a “walking ecumenism,” which the pope described during a meeting with members of the Conference of Secretaries of Christian World Communions.

Pope Francis told the group, which represents most of the world’s major Christian communities, “It is important that theologians study, that they find agreement and identify disagreements; this is very important. But, in the meantime, ecumenism is done by walking and by walking with Jesus – not with ‘my’ Jesus against ‘your’ Jesus, but with our Jesus.”

“The path is simple: It is travelled with prayer and with helping one another,” the pope continued. “Praying together, the ecumenism of prayer, one for the other and all for unity. And then, the ecumenism of working on behalf of the many needy, the many men and women today who suffer from injustices, wars, these terrible things.”

In journeying, praying and working together, he said, “this is already unity, unity in walking with Jesus.”

Tosini was at the Vatican in early October, staying at the guesthouse where Pope Francis lives and participating in meetings to plan events for June 4, the feast of Pentecost.

In 2014, Pope Francis invited people to Rome in 2017 for special Pentecost celebrations to mark the 50th anniversary of the Catholic charismatic movement, which traces its origins to a retreat held in 1967 at Duquesne University in Pittsburgh.

Tosini wants to be there to celebrate with Pope Francis a new process of what he calls “relational reconciliation,” a process that “is not about doctrinal alignment” or theological differences among Christians. It’s about affirming that in Christ, Christians are brothers and sisters called to love one another, even when they differ like siblings in any family do.

“The scandal of division is completely opposite of what Jesus prayed for,” Tosini said.

“Our challenge is going to be the diversity, the differences that we have,” he said, but the key is to let them be “reconciled in Christ” just like members of a healthy family accept their differences as a natural part of family life.

An important step, Tosini said, is to follow Pope Francis’ example having Catholics and Pentecostals acknowledge each other as Christians and stop treating and speaking of each other as less than Christian.

“We’re all sinners,” Tosini said. “If we all focus on Jesus being the one Lord, the one saviour – if we focus on that, if we come to that cross, we limit all these distinctions” that create hostility and the “ignorance and bigotry” that often have marked relations between Catholics and evangelicals.

Coming together as brothers and sisters, Christians are called to go out into the world together, he said. In Matthew 25, Jesus said people would be judged on whether they gave food to the hungry, visited the sick and comforted those who mourn, “he didn’t say, ‘By the way, how were you baptised?'”