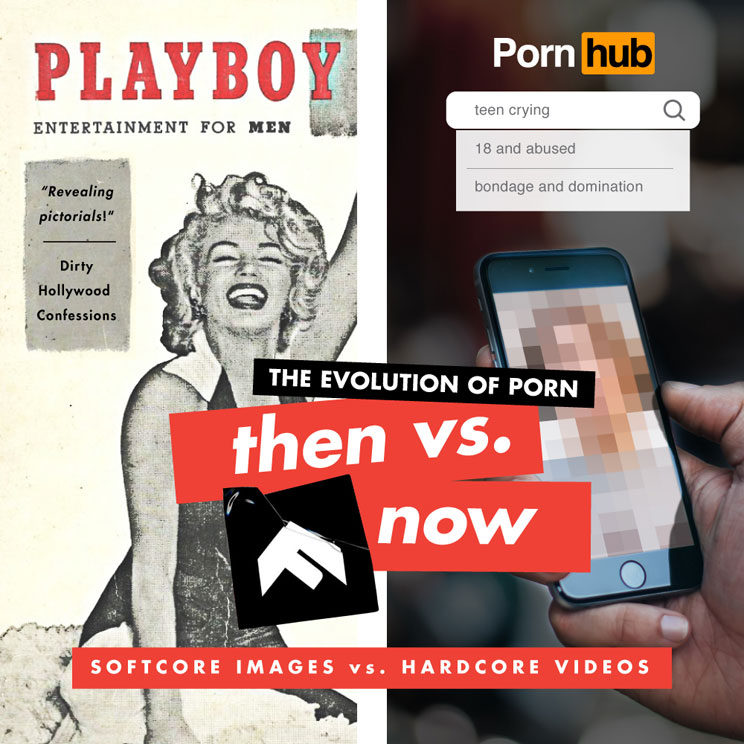 Clay Olsen speaks to thousands of youth about a subject most people would rather not touch: pornography.

As the founder and CEO of Fight the New Drug, an organisation that educates people about pornography addiction fightthenewdrug.org, Mr Olsen gives presentations to young people about how pornography is affecting their brains, their relationships and ultimately the world.

After one particular presentation, a young man asked a question that perfectly illustrates how drastically pornography has changed. “He asked me very sincerely whether Playboy was pornography or not,” Mr Olsen recalled. “His definition of pornography had shifted so dramatically…that Playboy doesn’t even make the cut.”

Importantly, this young man is the rule of his generation, not the exception, Mr Olsen said.

The effects of constant access to the Internet, made possible by the availability of laptops, tablets and smartphones, has drastically changed how young people consume pornography in a way that many adults underestimate.

The amount of content is not the only thing that has changed. Because of the constant availability of pornography, many users find themselves seeking increasingly extreme forms of content — and the Internet has kept up with the demand.

Is the Church doing enough?

But what about the Catholic Church? Is enough being done to make the faithful aware of the danger of pornography—to provide resources both protecting those who have not fallen victim and reaching out to those who have?

Pope Francis’ apostolic exhortation on the family, Amoris Laetitia, mentions pornography directly just two times—once to mention that the bishops have expressed concern about it, and once to mention it within the context of age-appropriate sex education. 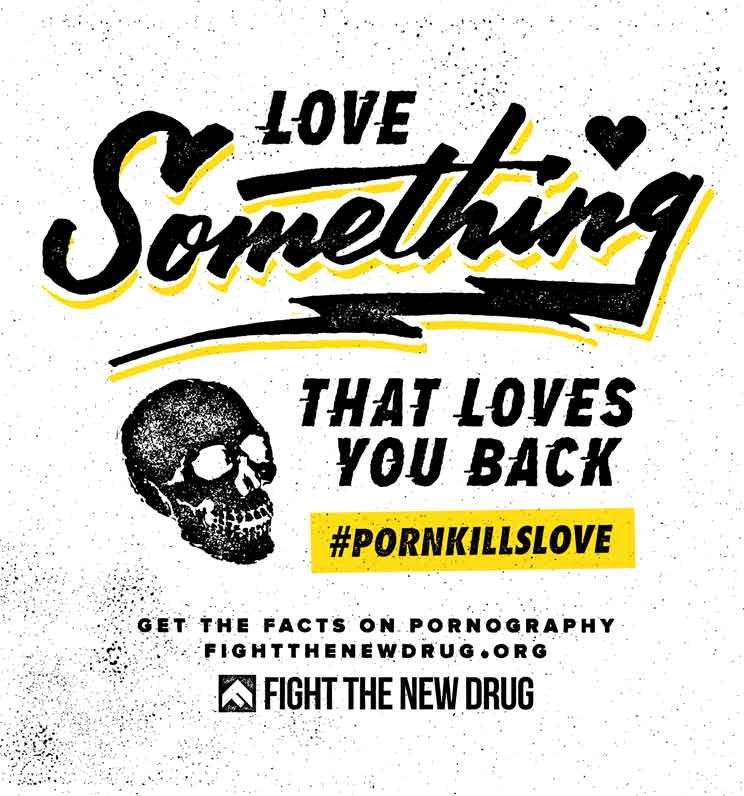 But that the word made it into the document at all is a significant step, said Fr Sean Kilcawley, an American priest who has spent a significant amount of his priesthood in pornography addiction and educational ministry.

He currently serves as the programme director and theological advisor for Integrity Restored, a Catholic apostolate that addresses pornography issues and addiction in families, individuals and clergy.

“Pope Francis has talked about pornography more than any other pope in history, I guarantee it,” Fr Kilcawley said.

In June 2015 aboard the papal plane, Pope Francis — who does not use the Internet or watch TV, and reads just one newspaper — told journalists that parents need to be aware of the “dirty” content, including pornography, that can be found online, and urged them to take preventative steps such as keeping computers in common rooms. He has also mentioned the issue in various homilies and talks, particularly to youth, throughout his pontificate. The problem in the Church, on a practical and local level, is that pornography addiction treatment programmes need to be part of a parish’s mainstream ministry and not seen as an obscure ministry needed by the few, Fr Kilcawley said.

“Anti-pornography ministry is not a peripheral ministry,” he stressed. “We don’t just need tools to help a few people—we have to take those tools and incorporate them into an evangelisation plan that’s trying to evangelise within an entire culture that’s being affected by pornography,” he said.

“Pornography is the biggest obstacle to evangelisation that we’re facing as a Church,” Fr Kilcawley added. “Because the core beliefs of an addict are: ‘I’m unlovable, if people really knew me they would reject me; no one can meet my needs, not even God’.”

Fr Kilcawley said some priests may feel shame addressing the issue due to their own sexual stories.

Reluctance to address the issue publicly could also be because of a priest’s own struggle with pornography.

At the time of last year’s Synod on the Family in Rome, Archbishop Charles Chaput of Philadelphia noted that pornography was a major issue among clergy.

“The number of our Catholic clergy who struggle with this problem is very unsettling, and it has nothing to do with celibacy,” the archbishop said, noting that Protestant ministers and Jewish rabbis contend with the same issue.

A 2000 survey by Christianity Today found that clergy and laity reported visiting sexually explicit websites at nearly the same rates.

“Pornography’s always been a problem. Ancient Rome was famous for it. Sex is powerful and fascinating, and people have always abused its appeal,” Archbishop Chaput said.

“It’s an epidemic, or more accurately, a pandemic. Anyone with an Internet connection anywhere in the world can find all the [pornography] he or she wants,” he noted.

But given the prevalence of pornography and its damaging effects, Mr Olsen said, adults can no longer afford to avoid addressing this issue with the children in their lives.

“For many adults, the inclination is to not discuss it. In their opinion, it’s hard, it’s gross, it’s ‘I don’t even want to go there, let’s not focus on it’,” he said.

“And although I totally and completely respect their intent and their desires, I have to respectfully come back and say we no longer have the luxury as a society, to sit idly by and watch things continue to progress in a very harmful and societally damaging way.”

Pornography is also important for priests to address with their parishioners in order for them to feel comfortable enough to seek healing, Fr Kilcawley said.

“It’s just giving people permission to be wounded, which I think is what Pope Francis has been trying to do,” Fr Kilcawley said.

“The most shameful sins in our life, we need permission to talk about them.”

Part of what Fr Kilcawley does for his anti-pornography ministry is to talk to the parents of his first communicants at a retreat about motherhood and fatherhood within the context of the Church’s teaching on the Theology of the Body. He also spends an hour on Internet safety and sex education. 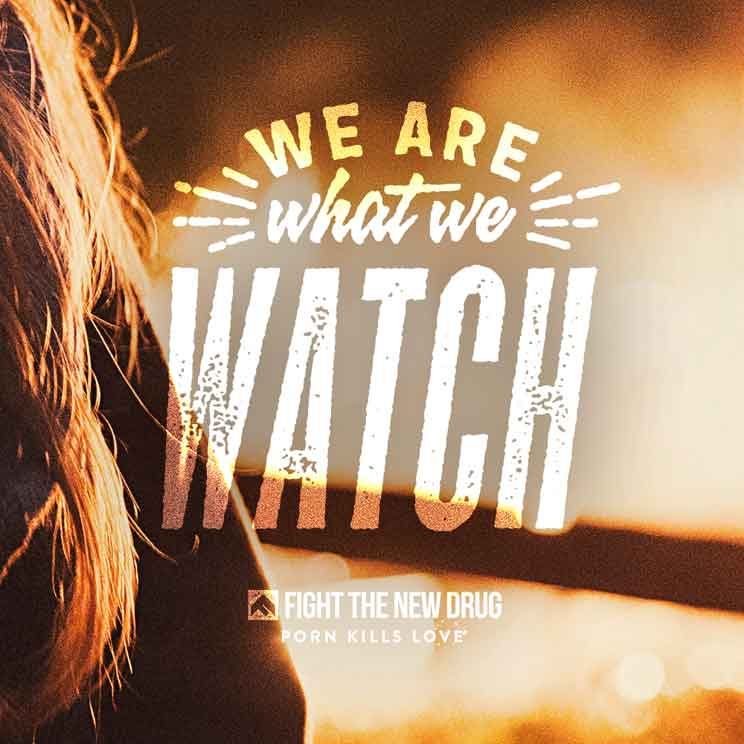 “Pastorally speaking, the best approach is to focus on prevention and focus on relationships within the family, evangelisation within the family, and protecting kids from pornography, and the more we talk about it in that way, it’s both bold and less threatening, and then it gives people the freedom to come to the Church to look for healing.”

Reach out to young people

Matt Fradd, director of content at Integrity Restored, said that talking to kids about pornography in an age-appropriate way is one of the best means to prevent future pornography-use and addiction. And the younger parents start, the better, since some researchers estimate the average age of pornography exposure today is eight years old.

“I feel like we’re guinea pigs, because parenting in the 8th century and the 13th and the 19th — it was relatively similar compared to parenting in the 21st century,” Mr Fradd said. “The Internet really has changed everything.”

Integrity Restored provides parents with free resources about the best ways to talk to their children about pornography.

Integrity Restored also provides free resources to priests looking for the best ways to broach the subject with their congregations.

Fight the New Drug’s Mr Olsen said he thinks the best approach to combat a culture of pornography is three-tiered: prevention in children, research on the subject, and recovery therapy programmes.

His organisation has spent several years working with neuroscientists and psychologists to develop the Fortified Program (fortifyprogram.org), a free and anonymous online recovery programme for youth. It currently has over 35000 users in more than 155 countries, and Mr Olsen said he didn’t even put “a penny into marketing or advertising”.

“So the demand is enormous, there are many that are struggling,” he said. “We get emails from 8-year-olds, 9-year-olds, 10-year-olds.”

That the programme is free and anonymous is key, Mr Olsen said, because many of these children seeking help will stop once they see either a credit card or parental consent is required, “both of which are a Mount Everest that they are unwilling or unable to climb”, he said.

“We have created a solution that they can jump into that will help them overcome that, so recovery is a big part of how we will heal society.”

Mr Fradd said that in many ways, the resources that the Church needs in order to better address this issue already exist—they just need to be utilised.

“We’re all kind of playing catch-up,” he said. “There are beautiful things happening, we just need to know about them.”—CNA