Is Veneration of Relic an Act of Idolatry?

I was shocked that pilgrims at the beatification ceremony of Pope John Paul II venerated the casket and a relic of the blood of the late pope. People knelt before these and prayed. Is this not breaking the first commandment in which the Lord instructs us not to have any other gods before him, not to make an idol in the form of anything in heaven or on earth and not to bow down to these or worship them? Is this not what Catholics are doing? I wonder if the late pope would have approved of this behaviour. 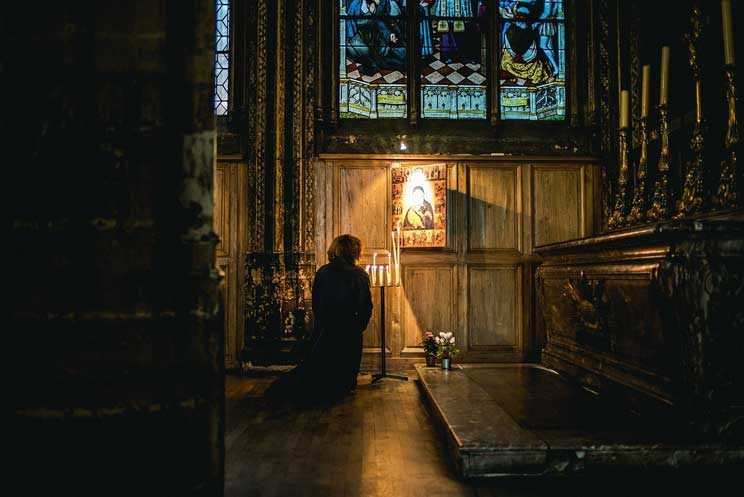 Catholics well know the text from Deuteronomy repeated to Satan by Jesus when he was tempted in the wilderness: “You must worship the Lord your God and serve him alone” (Mt 4:10). They well know the difference between the strict worship due to our Creator and the honour we give to our fellow creatures.

When people, Catholics or others, sympathise with the bereaved, they may look at photographs, mementos and personal items of their deceased loved ones, and even kiss these as a show of respect and affection. They most certainly do not intend to worship them. It is a matter of common sense that such relics of the loved one can arouse emotions of all kinds, ranging from polite touching to gushing tears, kissing and unrestrained weeping.

The Church has been accused of superstition when it permits the faithful to show reverence for relics, as if these contain magical powers. A drop of Pope John Paul’s preserved blood cannot work magic. The faithful know that only God can work miracles. Honouring that blood is in the Catholic tradition of respect for what belonged to the person of a holy man, a temple of the Holy Spirit.

Praying before the pope’s casket and blood is not an indication of false worship. Whatever prayer is said in this circumstance is an acknowledgement of the power of God’s love which has shone through this man’s holy life and so evoked human feelings of awe and wonder. It is an expression of honouring his memory.

Would Pope John Paul have approved of this public display of emotional love? Being human, he most probably would, just as the human Jesus accepted the devotion paid to him by the woman who wept at his feet, and kissed and anointed them with ointment (Lk 7:36-50). Updated from 2011