Look Past ‘Confusion’ on Amoris Laetitia 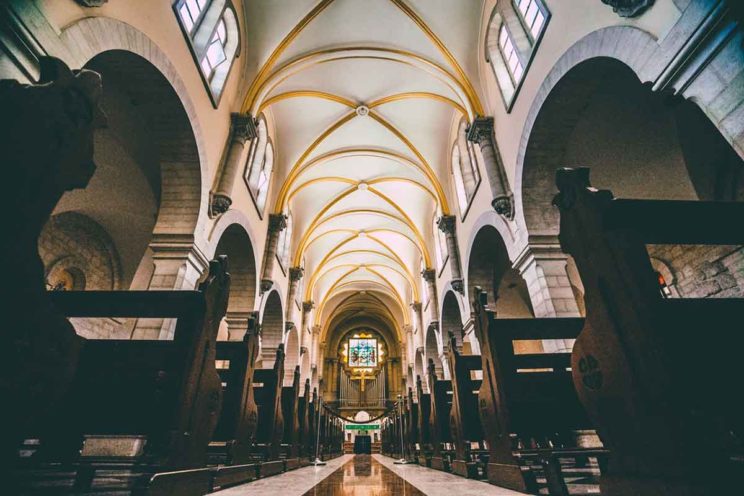 Beware of those who claim that Pope Francis’ approach on divorced and civilly remarried Catholics is causing “confusion”. The case is, in fact, quite clear.

Over two Synods of Bishops on the Family, in 2014 and 2015, the pastoral problem was raised of how the Church can accompany Catholics who are divorced and civilly remarried without having obtained an annulment, and who are therefore excluded from the sacrament of the Eucharist.

Some bishops argued against admitting any such Catholics, who in Church teaching live in a perpetual state of adultery, to the Lord’s Table unless these couples undertake to refrain from sexual relations. A majority of bishops voted that ways should be identified by which at least innocent parties in a divorce might receive the Eucharist.

Pope Francis accounted for both points of view in Chapter VIII of his apostolic exhortation on the family, Amoris Laetitia, which was the result of the two synods.

To be clear: Amoris Laetitia does not change the magisterium on divorce. The Church’s teaching that marriage is indissoluble is intact, and the default position remains that sexually active divorced and remarried Catholics may not receive Communion without having obtained a canonical annulment.

For example, a woman whose ex-husband had abandoned her might, after a thorough examination of conscience, be admitted to the sacraments, whereas her philandering husband probably would not.

But every Church law requires a pastoral application, especially if a doctrine is creating pastoral concerns.

Chapter VIII of Amoris Laetitia, and in particular footnote 351 — which allows for access to “the sacraments” to individuals in irregular unions “in certain cases” — offers guidance on how to address the pastoral problem by proposing a pastoral solution rooted in mercy.

If there was cause for confusion initially, it was in how to interpret the pope’s words. Pope Francis clarified his intent when he endorsed the guidelines issued by bishops in Argentina.

The pope praised their document, saying that it “completely explains the meaning of Chapter VIII of Amoris Laetitia”, and adding: “There are no other interpretations.”

The document, which inspired that issued by the bishops of Malta this month, emphasises the sanctity and indissolubility of marriage but allows that in “complex circumstances” when the remarried couple could not “obtain a declaration of nullity”, access to Holy Communion can be possible.

If the priest recognises that “in a particular case there are limitations that diminish responsibility and culpability [in the breakdown of the first marriage]…Amoris Laetitia opens the possibility of access to the sacraments of reconciliation and the Eucharist”. This provides no blanket amnesty for every divorced and remarried person. The default remains that they should not receive Communion. The Church’s law has not changed — but it allows for occasions of mercy.

For example, a woman whose ex-husband had abandoned her might, after a thorough examination of conscience, be admitted to the sacraments, whereas her philandering husband probably would not.

This is rooted in sound moral theology. A person may be in grave sin objectively, but their culpability may be diminished because of ignorance, intention or circumstances.

This provides no blanket amnesty for every divorced and remarried person. The default remains that they should not receive Communion. The Church’s law has not changed — but it allows for occasions of mercy.

Amoris Laetitia also gives the Church in Africa the tools with which to deal with regional pastoral predicaments, such as cases of polygamy.

The Church’s teaching is that those in a polygamous marriage cannot be licitly admitted to the sacrament of the Eucharist. But by applying the principles proposed in Amoris Laetitia, it may be possible to extend mercy towards, for example, a wife who entered into such an irregular arrangement unwillingly and is unable to change her situation.

This would not legitimise polygamy any more than extending mercy to an abandoned spouse would legitimise divorce.

The real problem with Chapter VIII of Amoris Laetitia resides not with its pastoral provisions, but with their practical implications.

Will parish priests have the time to accompany people in irregular marriage situations on the long road of discernment? Should there be a situation where one parish priest (or bishop) embraces Amoris Laetitia but his neighbour doesn’t?

Clearly it is vital that the provisions of Amoris Laetitia — the magisterium of Pope Francis — be better understood and taught, and its implementation be standardised.

And then, finally, we can get to work on the document’s other eight important chapters on family life.