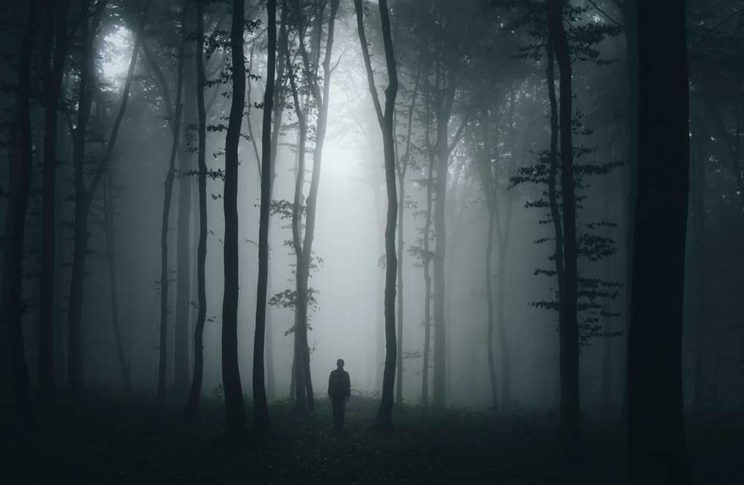 With “post-truth” being crowned “Word of the Year” by Oxford Dictionaries, Pope Francis’ urgent call to communicate trust and hope could not have come at a better time.

Helping people see the world with “realism and trust” must be encouraged as well as fostering encounter, not exclusion, through constructive dialogue, the pope said in his World Communications Day message this year.

A post-truth culture in which objective facts and objective, divinely inspired moral principles no longer have any place or pull in people’s lives is not to be taken lightly, said Bishop Paul Tighe, adjunct secretary of the Pontifical Council for Culture.

“One of the real risks at the moment is that if we become totally skeptical about all the (sources) of information, it will lead to a breakdown of the kind of trust that is necessary for society and indeed our own human lives to flourish,” he told Catholic News Service on the day the pope’s message was released to the public.

People need “good, reliable, trustworthy information” if they are going to make “responsible and dependable decisions in areas of politics, economics, health care” and other key concerns, he said.

The presence and primacy of truth and the dangers of relativism were a major hallmark of Pope Benedict XVI’s pontificate. He spoke of its impact on the media in his World Communications’ Day message in 2008 and even in his encyclical “Charity in Truth” in 2009. In his 2008 message, he called for a code of ethics for the communication industry.

It is “absurd to maintain that (mass media) are neutral,” he wrote in 2009, noting media are often under pressure to serve “economic interests intent on dominating the market” and to “impose cultural models that serve ideological and political agendas.”

Pope Benedict drilled down on the dangers foreseen by his predecessors, particularly St. John Paul II and Blessed Paul VI, who established the World Communications Day tradition in 1967.

While early papal messages dedicated to television, video and audio cassettes and cinema may seem antiquated, all 51 messages have the same underlying purpose: to bring attention to the potential dangers and damage caused by swift technological changes in media communications and to best ways the new tools can promote truth, hope, joy and human life and dignity.

Blessed Paul summed up the importance of truth in his communications message in 1972 – just a few months before the Watergate scandal began, leading to discoveries of government abuses of power and the 1974 resignation of then-President Richard M. Nixon.

“The truth, the whole truth and nothing but the truth” can be “safely transmitted” when the one providing the information and the one receiving it are both diligent and sincere, Blessed Paul said.

In this early communications’ day message, Blessed Paul, in essence, answers Pope Benedict’s wish for an info-ethics guide by saying:

– Giving information is much more than observing and reporting an incident. The reporter describes the context, searches for the causes, examines the surrounding circumstances, and tries to assess the possible effects.

– Reporting work can be compared to scientific research, since it demands observing the facts carefully, checking for accuracy, critically evaluating the sources of the information, and finally, passing on the findings in a way that “nothing essential is overlooked or suppressed.”

– Similar respect for and diligence in seeking the truth is necessary for those receiving information.

– People should pursue the search for truth “actively and responsibly” in order to avoid a “passive and uncritical acceptance of whatever happens to be offered” by the media.

– It would be an affront to one’s own personal dignity if people, especially Christians, ever relinquished their right to contribute to the search for truth, which is “not only of abstract and philosophical truth, but also of the workaday truth of concrete daily happenings.”

– Let people “meet the assault of the mass media” with an awareness of their own human dignity, intelligence, and gift of “an independent personal judgment with the capacity to make its own decisions” and freely choose from the many opinions.

– Religion coverage demands understanding events beyond “merely human implications,” but also the spiritual context, the “religious truth of particular happenings” and the “whole divine plan to which they must be related.”

– Reporting on religion “requires something beyond mere professional competence. It requires the illumination of faith” in order to offer fuller understanding.

– Fiction and entertainment provide relaxation but “it surely would be an unhealthy thing if the listener, or reader, or viewer, were to allow his critical faculty to be lulled to sleep. The truth remains a vitally important thing even in a recreational context, and he must remain sufficiently alert to recognise any deviation from the truth in what he reads, hears or sees.”

– Artistic freedom and fanciful creations are not expected to “portray concrete reality,” but they must not deny reality. “Even they have an obligation of fidelity to the truth and to the values inseparable from it.”

– True art helps people search for and stick to the truth, and never exploits – “for quick profits or other unworthy ends – either the ignorance or the human weaknesses of audiences.” By Carol Glatz Catholic News Service