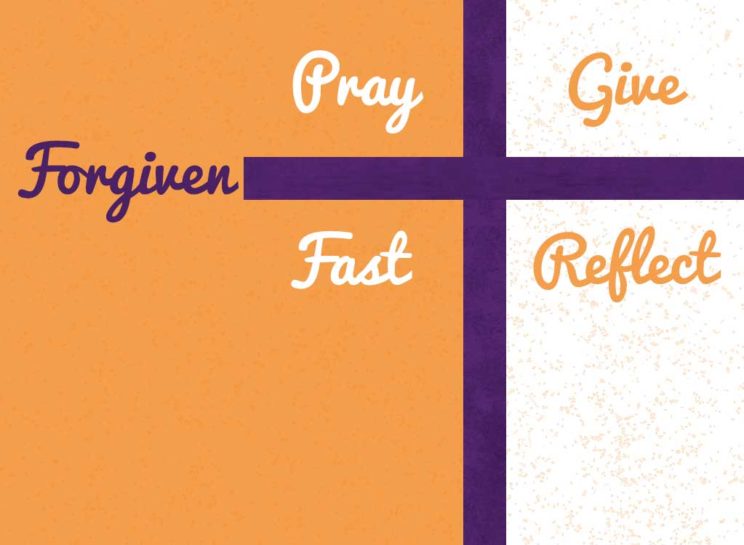 Although the word almsgiving does not come up much in regular conversation, Catholics hear it plenty during Lent since it is one of the three pillars of the church’s Lenten practices along with prayer and fasting.

Although the three practices work together, almsgiving can sometimes get the short shrift because people might be more apt to pray and fast – in private or at church – than they might reach out to those in need.

The church defines almsgiving as donating money or goods to the poor and performing other acts of charity. The Catechism of the Catholic Church describes it as “a witness to fraternal charity” and “a work of justice pleasing to God.”

There is plenty of biblical support for this practice in both the Old and New Testaments. In the Gospel of Matthew, Jesus urged his disciples not to brag about helping others saying: “When you give alms, do not blow a trumpet before you, as the hypocrites do in the synagogues and in the streets to win the praise of others.”

An Old Testament passage puts almsgiving at the top of the Lenten practices: “Prayer with fasting is good. Almsgiving with righteousness is better than wealth with wickedness. It is better to give alms than to store up gold, for almsgiving saves from death, and purges all sin. Those who give alms will enjoy a full life” (Tobit 12:8-9).

Father John Riccardo, pastor of Our Lady of Good Counsel Parish in Plymouth, Michigan, takes the Bible passage at its word, saying: “I always think almsgiving atones for a multitude of sins.”

“It’s a simple way to respond. God’s been generous to me; clearly I can do this with the poor,” he told Catholic News Service March 1.

The priest, who hosts the radio program “Christ is the Answer” for Ave Maria Radio, in Ann Arbor, Michigan, said a good way to tie in almsgiving to fasting is by putting aside the money one might spend on a purchase not bought during Lent and give it to the poor.

Another idea, he said, is to make a conscious effort not to dodge those on the street looking for money but to pray that they will be put in your path and then be generous with them not only with money but by taking the time to look at them, ask them what their name is and tell them you will pray for them.

“Simple things like that are astounding, because they don’t often hear their names,” he said, stressing that Catholics should use the time of Lent to “be on the lookout for opportunities to be generous with the poor.”

Paulist Father Larry Rice, director of the University Catholic Centre at the University of Texas at Austin, says he encourages almsgiving with Catholic Relief Services’ annual Rice Bowl program for Lent. College students don’t use the Rice Bowl’s cardboard box of old, which is still used in parishes around the country, but are more likely to use program’s app which takes online donations because they “never carry cash,” the priest said.

The Rice Bowl, now in its 42nd year, has been a Lenten staple to raise awareness about hunger and funds to combat hunger and poverty. Last year, more than 13,000 faith communities participated in the annual collection.

In a Lenten message posted on Ascension Presents website, Father Mike Schmitz, director of youth and young adult ministry for the Diocese of Duluth, Minnesota, stressed that donations to the CRS Rice Bowl should be more than spare change. Donations shouldn’t be “leftovers,” but cash, he said.

He also said almsgiving could take on forms other than just monetary donations and could even involve writing a note to someone different each day of Lent.

What’s key, he said, is that almsgiving is “not about us” but about others. By Carol Zimmermann, CNS

25 Ways to Live By This Lent

When is Giving Up Stuff Really a Lent Sacrifice?
Share

Lent as the Cure for Greed Addiction

I would never have thought of myself as greedy. It’s just not who I am — to myself. Yes, I...