How We Should Celebrate the Fatima Centenary 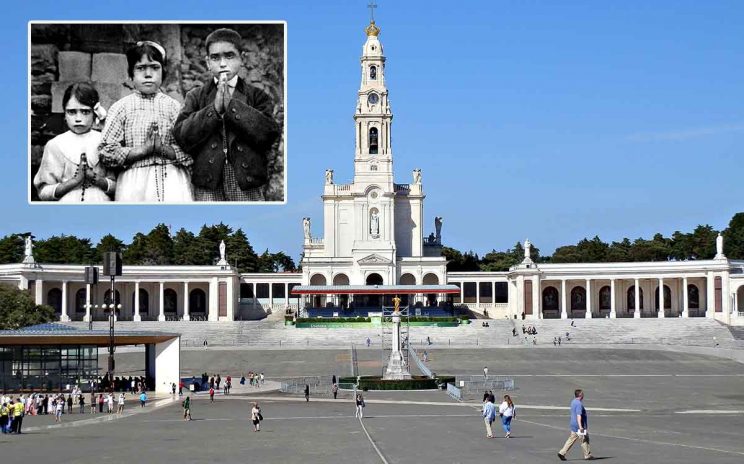 This year is the centenary of the apparitions of Our Lady at Fatima which took place between May and October 1917 to three shepherd children — Lucia dos Santos and siblings Francisco and Jacinta Marto — in that small town in northern Portugal.

Pope Francis declared that the celebrations of the centenary of Fatima apparitions should begin on November 27, 2016 and end on November 26, 2017.

Over this week and next, we will be looking at what you need to know about the apparitions of Fatima.

What were the apparitions of Our Lady of Fatima?

During the course of her apparitions, she delivered some important messages to the children to announce to the world.

In all the apparitions, Our Lady told them to “pray the rosary every day”. She also told them to “pray, pray very much and make sacrifices for sinners for many souls go to hell, because there are none to sacrifice themselves and to pray for them”.

She warned: “Do not offend the Lord our God anymore, because he is already so much offended.”

She told them to continue to pray the rosary every day in order to obtain peace for the world and the end of the First World War — which had been raging since 1914  and ended in November 1918 — because only she can bring peace. She assured them that “in the end, my Immaculate Heart will triumph”.

What are the highlights of the message of Fatima?

The highlights of the message of Fatima include the following:

What prayer did Our Lady emphasise most at Fatima?

The prayer which Our Lady emphasised most at Fatima is the rosary. In all her six apparitions, from May 13 to October 13, 1917, she told the children to “say the rosary every day”.

Why mark the centenary?

The objectives of the celebration of the centenary of Our Lady’s apparitions at Fatima include the following:

The programme for parishes and groups for days which may be specified for them in the general programme of celebration of the centenary should include:

Prof Michael Ogunu is a member of the International Board of Trustees of the World Apostolate of Fatima and Coordinator of the Fatima Apostolate in Africa.

Join The Southern Cross and Radio Veritas on a pilgrimage to Fatima and other holy sites in October. See www.fowlertours.co.za/fatima for information

What to Do About Modern ‘Prophets’

Last month we noted how the new Pentecostal-type churches are attracting large numbers of followers by preaching the gospel of...