Baptism and the Trinity 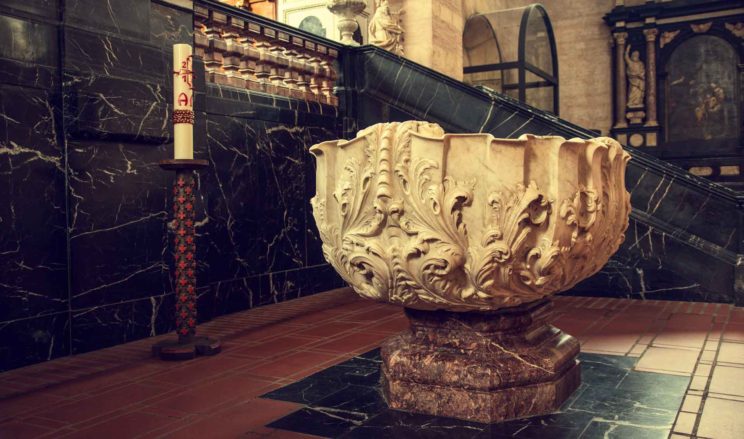 When was the formula in the name of the Father, Son and Holy Spirit first used in the rite of baptism?

Christ gave this command to the apostles: Go, therefore, make disciples of all the nations; baptise them in the name of the Father and of the Son and of the HolySpirit (Mt 28:19). This formula for baptism has been used in the Church from the earliest times to the present day.

In asking this question, you may have in mind other texts of the New Testament in which the baptismal formula excludes the Trinity, such as Peter’s words: Every one of you must be baptised in the name of Jesus Christ (Acts 2:38) and similar texts in Acts 10:48 and 19:5. Do these suggest that early baptism may have been administered in the name of Jesus Christ only, and not in the name of Father, Son and Spirit? This is hardly likely because of the very clear words of Mt 28:19. There are possible explanations for it, however.

One explanation is that thebook of Acts demonstrates that thebaptism of John the Baptist was still an influence in those days (Acts 18:25 and 19:2),and it may be that the New Testament writers used the phrase in the name of Jesus Christ to distinguish sacramental Christian baptism from John’s.

The Didache, the earliest known non-scriptural Christian book dating from the first century, mentions the sacraments and includes the trinitarian formula in the rite of baptism. There is also ample evidence to confirm this among the writings of the early theologians such as St Justin Martyr, Tertullian, St Athanasius and St Augustine.

The Eastern Orthodox Churches have maintained a special emphasis on the Trinity. As the priest names the three divine Persons in the formula he simultaneously immerses the infant three times in the baptismal water.