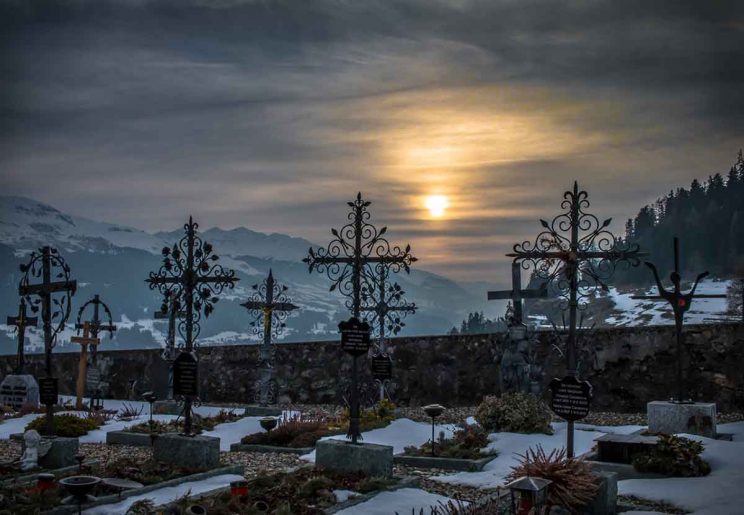 Time is running out to find the more than 1 million Jews and Roma people buried in mass graves who were killed during World War II. At the same time, mass graves are turning up in Islamic States strongholds across the Middle East.

That is the news French priest Father Patrick Desbois shared during a recent trip to Chicago in an interview with the Chicago Catholic archdiocesan newspaper.

Father Desbois is president of Yahad-In Unum, a global humanitarian organisation he founded in 2004 dedicated to identifying and commemorating the sites of Jewish and Roma mass executions in Eastern Europe during World War II. Along with private donors and the French and German governments, the organisation is supported by the Catholic Church and the Jewish community.

The priest’s work was featured on “60 Minutes” last year and he is the author of “The Holocaust by Bullets: A Priest’s Journey to Uncover the Truth Behind the Murder of 1.5 Million Jews.” His organisation’s website is www.yahadinunum.org.

Concentration camps weren’t the only places the Nazis sent Jews and Roma people to die during the Holocaust. In Eastern Europe, soldiers travelled from village to village rounding up the people, shooting them and throwing their bodies into mass graves. It’s these sites Father Desbois and his teams seek to locate and identify.

Teams visit villages where they know or believe there were mass killings by Nazis. They speak to villagers who witnessed the killings and verify the sites. To date, they have verified 2,133 execution sites and gathered 5,298 testimonies.

“My organisation, we are working hard. We’re still missing 1 million Jews. The witnesses are not young so we try to accelerate and make 20 investigations a year,” he said.

There are five teams that travel regularly to Eastern European countries, including Russia and Ukraine. With more funding, there can be more teams searching, he said.

Graves are mapped by GPS, but no physical monument is erected.

“It’s complicated. Sometimes we are on private property, sometimes in a factory. So it is like if somebody came into your garden and begin to put a marker and said you have dead Americans under your garden, imagine the reaction the next day. Also because we want to avoid people opening (the graves) to look for gold,” he said. “But we give the connection to many families. Many families ask, ‘In which mass grave is my grandpa? In which mass grave is my mom?’ So they go back … and they make a family memorial, which is the best.”

In most cases the witnesses are relieved to share what they know of the mass killings that took place in the early 1940s. Many would have just been children at the time.

“I think they feel happy that their memory will be kept,” Father Desbois said. “The cardinal of Paris said to me, ‘The memory of the Holocaust in the Soviet Union is kept in the memory of the poorest people.’ In fact, one guy, he told me, ‘I have more than 1,500 Jews buried in my garden and nobody came back since ’42.'”

As the years progress and the Holocaust gets further from our memories, there is a danger it can be forgotten.

Father Debois sees similarities between what Hitler and the Nazis did and what ISIS is doing today.

“The same way they (plunder) the villages, the same way they lie to the people, the same way they said to the Jews you aren’t going to Palestine … the (radical) Islamists say you will come to a new state,” he said. “They use the same administration to gather the people and after the fact they always take the belongings and rape the girls, which was the same for the Jews and (Roma.) There is a big similarity.”

Killing people in large groups and burying them in mass graves is an old way of killing but one still in use today.

“I was in Mosul (Iraq) last week and there are small mass graves everywhere. People don’t pay attention. They say, ‘Here are 34, here are 20 and here are 50,’ like if it was nothing,” said Father Desbois, who teaches at Georgetown University and the Sorbonne in Paris.

Helping the Jews and Roma find their ancestors who were murdered is part of the Gospel call to love our brothers and sisters, Desbois said.

Shock And Grief Over Killing Of ‘Hero’ Priest
Share