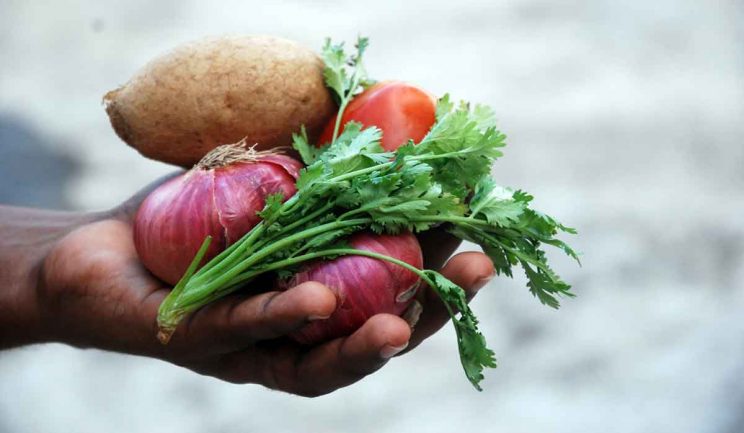 Farmers and farm workers have many challenges and in some cases are exploited as Tony Magliano discovers.

For most of us living in the Northern Hemisphere, fresh fruits and vegetables are now in abundant summer supply for our sustenance and enjoyment.

But how often do we really consider the hard work and long hours that farmers, ranchers and farmworkers exert to put food on our table? It appears most of us do not give it much thought at all. In fact, we often take food for granted.

But they don’t mind the hard work, as long as the farm field is a fair playing field. But fairness is often not the case.

Jim Ennis, executive director of Catholic Rural Life told me that small and mid-size family farmers are facing many headwinds. Among the biggest challenges he said are: 1) access to affordable credit for cash flow operations; 2) availability to land for beginning farmers; 3) Access to markets for farmers’ products that can sustain the family farm ; 4) access to farm laborers willing to work on the farm; and 5) lack of affordable health care for farm families and farmworkers.

The Catechism of the Catholic Church, under the heading of “The Seventh Commandment: You shall not steal” insists that “The goods of creation are destined for the whole human race.”

To offer support to family farmers, Ennis said that Catholic Rural Life is asking us to:

Farmworkers have a dangerous and unprotected job

Now consider the plight of farmworkers – often more difficult and unjust than that of family farmers.

According to National Farm Worker Ministry most farmworkers lack workers’ compensation, health insurance and disability coverage, the right to overtime pay and the right to form unions and collective bargaining. Furthermore, they are often low-paid and exposed to dangerous pesticides.

And for farmworkers who are undocumented, their hardships are even worse.

According to the U.S. Department of Labor over 50 percent of the U.S.’s approximate 1 million farmworkers – farm labour advocacy groups put this figure at over 2 million –  are undocumented. The undocumented have virtually no rights whatsoever. And they live, especially under the Trump administration, in constant fear of being deported back to very poor and dangerous places. Often having their families torn apart in the deportation process.

“Consciousness + Commitment = Change,” is the proven axiom of the Coalition of Immokalee Workers. It’s a farmworker-based human rights organisation internationally recognised for its achievements in promoting social responsibility, and fighting human trafficking and gender-based workplace violence.

Its “Fair Food Program” of hard-won negotiated agreements between farmworkers, tomato growers and retail buyers like Subway and Whole Foods, has gained for many farmworkers significant wage increases and decent working conditions.

The Catechism of the Catholic Church, under the heading of “The Seventh Commandment: You shall not steal” insists that “The goods of creation are destined for the whole human race.”

May we have the moral courage to stand in solidarity with those who seek their fair share of the goods of creation.

No Childhood for Working Children

Pope Critical of ‘Meanness’ Toward Migrants and Refugees