The Hate Speech Bill: A Blessing or Danger? 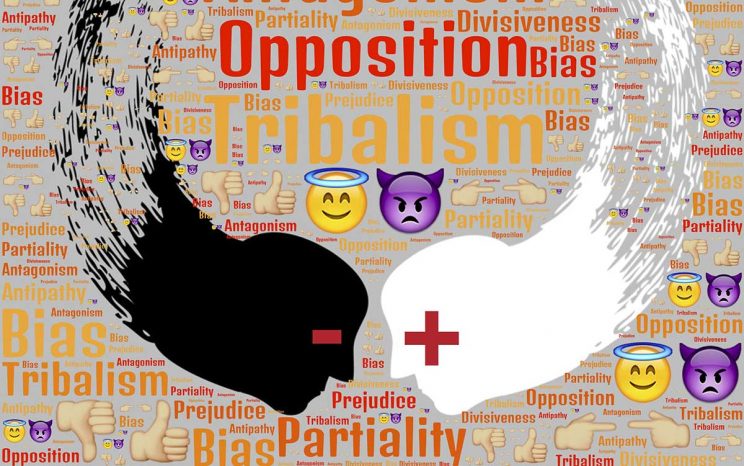 A new proposed law will make hate speech and incitement a prosecutable crime. Bishop VICTOR PHALANA sees the point of such a law — and big risks. Parliament will debate a proposed law that will make hate speech illegal. The draft of the Prevention and Combating of Hate Crimes and Hate Speech Bill still needs revision, especially in terms of conforming to the Constitution.

The Hate Crimes and Hate Speech Bill aims to:

– provide for the prosecutable offences of hate crimes and hate speech;

– provide for appropriate sentences that may be imposed on persons who commit hate crime and hate speech offences;

– provide for the prevention of hate crimes and hate speech.

Corrective rape, attacking and injuring a foreign national for being a foreigner, and racial murder will all be classified under hate crimes and carry hefty sentences.

Earlier this year, I participated in a round-table discussion organised by the Hanns Seidel Foundation with the Catholic Parliamentary Liaison Office in Cape Town. The guest speaker was John Jeffery, deputy minister of Justice and Constitutional Development. He impressed me as someone who is honest and truthful.

The Bill is Meant to Act as a Deterrent

The state would like to prosecute those people who promote hatred. It is meant to be a deterrent and a way of challenging historical racism.

Hate speech is a serious issue. It affects individuals and the society at large.

There are people in South Africa who advocate hatred for people of other groups, using social media, for example. Some people call for hatred of people because of their skin colour, disability, nationality, or age. In some cases, people call for the annihilation of a particular group.

Others call for the rape of lesbians and call it “corrective”, a term which makes the absurd assumption that after having been raped by males, a lesbian would thereafter prefer the sexual company of men.

Speech and the written word can hurt — and it can even cause a civil conflict. Some of those who engage in hate speech hide behind the principle of “freedom of expression” to provoke and hurt others.

The Hate Speech Bill, as I understand it, is meant to discourage people from propagating belligerent conflict.

The Bill purports to provide for the criminal prosecution of persons who commit the offences of hate crimes and hate speech.

Through this Bill, the state is trying to protect people from racism, homophobia, xenophobia, Islamophobia, anti-Semitism, and so forth. Preach as you like, except…

As Church We May Not Incite War or Violence

To us, as Church, the proposed law says that we can preach and write as we like, but we may not incite war or violence against others.

If a preacher, teacher or leader incites people to cause harm, for instance by saying that certain people must be killed or otherwise removed from society, then that is hate speech. Under the proposed law, such a demagogue would be prosecuted and sentenced.

The Concerns of Religious Leaders

So there are concerns for religious leaders, and we Catholic bishops have discussed that.

There was a great reaction from the bishops earlier this year, when the CPLO representatives Mike Pothier and Fr Peter-John Pearson came to present the Prevention and Combating of Hate Crimes and Hate Speech Bill.

Some of the concerns of the bishops was that under the Bill there is a possibility that priests or preachers might be prosecuted for their sermons.

There was a fear that one might face the might of the law for having preached against, for example, homosexuality, abortion and abortionists.

Are we not moving to a point where the Church can be taken to court for its teachings and homilies?

You Can’t Make People Be Nice

Some bishops feel that instead of introducing a new Bill, we need to start to behave and to relate well as compatriots.

Instead of a new Bill, which would overburden our already overextended criminal justice system, it would be better for the Church and the state to focus more on building our society.

We can help schools, faith-based communities and our nation at large to interact more, to dialogue, to be more tolerant of each other, to accept each other and to respect each other. Shouldn’t we be focusing more on social cohesion and nation-building?

The other concern is that this Bill might threaten the freedoms of expression, speech and religion.

Some of the participants at the round-table argued that we already have the Equality Act and the Promotion of Equality and Prevention of Unfair Discrimination Act which ensure the “prevention, prohibition and elimination of unfair discrimination, hate speech and harassment”. Why do we need a new Bill?

Danger of the Bill

Some argued that this Bill will actually lay the foundation for the stifling of unwanted criticism by the state or the limiting of the freedom of expression by groups or individuals who are unable to cope with criticism or views that may be different from their own.

We might see the persecution for “hate speech” of journalists, cartoonists, comedians and satirists for criticising the president and his or her government.

Many groups in the country, including faith-based organisations, have been consulted and they gave their feedback: asking that the Bill be withdrawn. They are ready to take it to the Constitutional Court and they believe it will not pass constitutional muster.

We still have to wait for it to be taken to cabinet and then, later this year, to Parliament. If it is passed by Parliament, there remains the option of the Constitutional Court.

Mr Jeffrey said that the ministry brought the Bill out for public comment because it believes that through that process, it will be refined and tightened up, and will address some of the fears of people. According to him, what will go to cabinet and Parliament will change drastically from the original draft, as a result of the comments and criticisms.

A well-known choreographer and gay activist, Somizi Mhlongo, stormed out of the Grace Bible Church of Pastor Musa Sono in Soweto  during what he called an “offending” sermon.

The guest preacher was a Ghanaian pastor whom I know personally, Dag Heward-Mills, who said that homosexuality was so disgusting even animals did not “practise” it. Mr Somizi walked out during the sermon as a form of protest.

Whatever one may think about the content or tone of Rev Heard-Mills’ sermon, our fear is that in the future, an individual can drag a preacher to court and accuse him or her of preaching a homophobic sermon.

If the Bill is passed in its current form, it can criminalise a sermon or a speech that one finds “offensive”. And some things are almost universally regarded by reasonable people as hate speech, but not every offending comment is objectively hate speech.

Religious Leaders Must Not Promote Discrimination

The question is: Can a judge be in a position to decide whether a sermon is objectively “offensive” or not? By what measures do you determine whether a talk or an article is dehumanising or not?

But then there is the converse concern. Sivu Siwisa, speaking on behalf of transgender groups, has said: “For religious leaders to preach homosexuality as improper or unacceptable puts the lives of many LGBTIAPQ+ at risk and promotes and normalises hate and discrimination, which may directly or indirectly result in hate crimes.

“In a country like South Africa, with a staggering number of LGBTIAPQ+ persons being murdered because of their sexual orientation or gender identity, it is important to caution religious leaders against promoting hate and intolerance in any way.”