Christians Have a Duty to Change the World 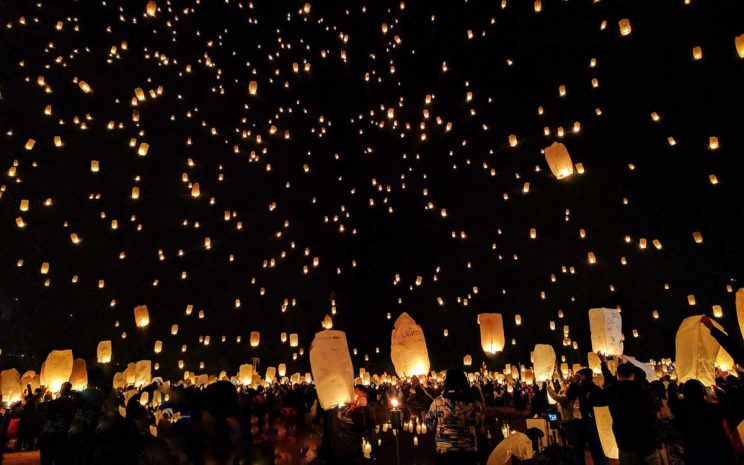 The joyful hope that flows from faith can change the world, which is why Christians have a crucial part to play in revitalising Europe, Pope Francis said.

“To speak of a Christian contribution to the future of the continent means, before all else, to consider our task as Christians today in these lands which have been so richly shaped by the faith down the centuries,” he said .

Christians, he said, must ask, “What is our responsibility at a time when the face of Europe is increasingly distinguished by a plurality of cultures and religions, while for many people Christianity is regarded as a thing of the past, both alien and irrelevant?”

The pope made his comments in a lengthy speech at a high-level meeting of politicians and church leaders in the European Union. The meeting, organised by the Holy See and the Commission of the Bishops’ Conferences of the European Community (COMECE), was dedicated to how the church could contribute to the future of Europe.

Remember Europe is Made up of People Not Numbers

“Christians are called to revitalise Europe and to revive its conscience, not by occupying spaces – this would be proselytising – but by generating processes capable of awakening new energies in society,” he said. In essence, Christians can be the soul – the animating force – within the body of every community.

This force of joyful hope rooted in faith can help communities understand and promote the basic, critical principles needed to thrive: the dignity of every person; the importance of community; the true place of dialogue; a culture of inclusion; and solidarity, development and peace.

“The first and perhaps the greatest contribution that Christians can make to today’s Europe is to remind her that she is not a mass of statistics or institutions, but is made up of people,” he said.

“Soulless” statistics offer a convenient “alibi for not getting involved” because it’s easier to not feel moved or responsible before “comfortable and reassuring” abstract principles, he said. Instead, when the real human faces are seen behind the numbers, “they force us to assume a responsibility that is real, personal and effective.”

Recover the Sense of Family in Europe

“The second contribution that Christians can make to the future of Europe, then, is to help recover the sense of belonging to a community,” Pope Francis said.

The concept of freedom in the West “is misunderstood and seen as if it were a right to be left alone, free from all bonds,” the pope said. This has led to a serious problem in which communities lack a sense of belonging and of being rooted in their own past.

Just like families, he said, communities are “alive when they are capable of openness, embracing the differences and gifts of each person while at the same time generating new life, development, labour, innovation and culture.”

When it comes to dialogue, he said, it must be remembered that “religion in general” plays a positive and constructive role in building communities.

“Regrettably, a certain secularist prejudice, still in vogue, is incapable of seeing the positive value of religion’s public and objective role in society, preferring to relegate it to the realm of the merely private and sentimental,” he said.

“The result is the predominance of a certain groupthink, quite apparent in international meetings, which sees the affirmation of religious identity as a threat to itself and its dominance, and ends up promoting an ersatz conflict between the right to religious freedom and other fundamental rights,” he added.

Everyone Just Fights instead of Resolving

Even though promoting dialogue is a key responsibility of politics, “Christians are called to promote political dialogue, especially where it is threatened and where conflict seems to prevail,” the pope said.

“Sadly, all too often we see how politics is becoming instead a forum for clashes between opposing forces,” he said. “The voice of dialogue is replaced by shouted claims and demands. One often has the feeling that the primary goal is no longer the common good.”

“Extremist and populist groups are finding fertile ground in many countries; they make protest the heart of their political message, without offering the alternative of a constructive political project,” he said.

“Christians are called to restore dignity to politics and to view politics as a lofty service to the common good, not a platform for power,” the pope said.

Differences Must Be Viewed As Enrichment

Lastly, when it comes to promoting a culture of inclusion, differences must be valued and viewed as a shared source of enrichment, he said.

“Seen in this way, migrants are more a resource than a burden,” he said, and Christians, in particular, “are called to meditate seriously on Jesus’ words: ‘I was a stranger and you welcomed me.'”

“Especially when faced with the tragedy of displaced persons and refugees, we must not forget that we are dealing with persons, who cannot be welcomed or rejected at our own pleasure, or in accordance with political, economic or even religious ideas,” he added.

Governments have a duty to address migration with prudence, that is, having “an open heart,” but also acting in accordance to their ability to provide for the full integration of those entering their countries.

“We cannot regard the phenomenon of migration as an indiscriminate and unregulated process, but neither can we erect walls of indifference and fear,” the pope said. And migrants, too, “must not neglect their own grave responsibility to learn, respect and assimilate the culture and traditions of the nations that welcome them.” By Carol Glatz Catholic News Service