Do You Connect to Evangelise? 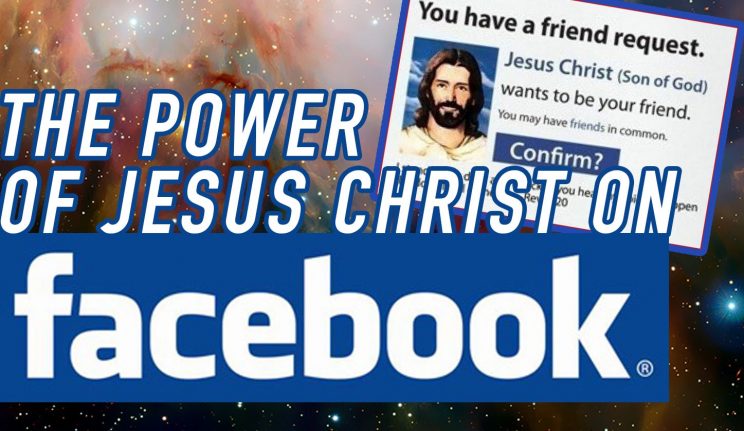 Do you use our Social Communication technology to Evangelise? Do you boldly state your Christian/Catholic faith even when it loses you “Likes”?

Julia Beacroft – When my son was at primary school he won a prize. No big deal, you may say; children win prizes at school all the time. And you would, of course, be quite correct.

However, this prize was notable — not only because it was a poetry prize and my son hated poetry and English in general, but also because of the content of the poem.

For reasons best known only to himself, he had decided to write his masterpiece about — of all things — bacon! In fact the title of his poem (and I use the term loosely) was “The Bacon Rap”.

Incredibly, the triumphant ending to his epic verse was: “Bacon, bacon, comes from a cow!”

Naturally, despite having received the prize from his school, my son has never been able to live down the joke, to this day!

However, although hilariously funny, this event served as an excellent means of communication to us and to the school. It announced, loudly and clearly, that he certainly loved bacon!

Social Media an Integral Part of our Lives?

Today, communication has become increasingly important and is readily available in a veritable plethora of means and methods.

Social media, in particular, has taken off in a way that no-one could have anticipated. It has actually become an integral part of our lives, with Facebook, Twitter, WhatsApp, Instagram and so on being universally used as an excellent way of keeping in touch with others and sharing ideas and opinions.

In fact, the pope himself tweets on a daily basis. Facebook and Twitter are particularly good at suggesting “friends” and “followers” as a way of putting people in touch with each other and connecting them.

Live the Gospel in Action

In the same way, as we attempt to spread the Gospel message, we ourselves are connectors — we connect others to the providential love and grace of God.

In so doing our methods of communication are all important, whether this involves talking about our faith, listening to others or helping our neighbour.

Even such a basic action as a smile, greeting or kind word to another person is hugely important. It is surprising the way that such small moments of kindness and friendliness can make an enormous difference to the lives of others, and in so doing possibly plant a seed of faith which could germinate and grow.

When we behave in this way, we are living the Gospel in action. And although there can be and have been problems with social media, and sometimes trivia or even nonsense have been posted on it, let’s not forget that it is also an excellent medium or connector for evangelisation, as it reaches out to the whole world with ease.

Our Role As Christians Remains the Same

Letters and former written methods of communication are rapidly becoming an anachronism. Yet our role of connecting others to our Christian faith remains essentially unchanged.

May we always embrace any method of communication to bring others to the Lord, so he may take his place in their lives and “save their bacon”.

Julia Beecroft’s book Sanctifying The Spirit is published by Sancio Books. It is available on Amazon.

Get up, Go Out and Listen – All for the Lord

Feeling a Fool Because of May

Salvation is Free, not a ‘Pay to Save’ Deal with God

When it comes to salvation, God does not seek any form of compensation and offers it freely to those in...