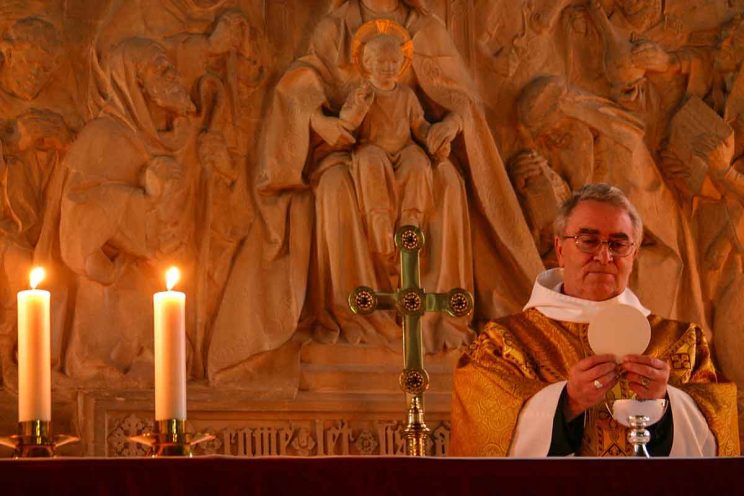 The official Catholic-Lutheran dialogue will begin a deeper exploration of common beliefs and differences on “Church, Eucharist and ministry”, the Vatican and the Lutheran World Federation announced.

When Pope Francis joined Bishop Munib Younan, then the president of the Lutheran World Federation, for a prayer service in Sweden in 2016, the two noted the pain many of their followers — especially Catholics and Lutherans married to each other — experience when they cannot share the Eucharist at each other’s services.

“We acknowledge our joint pastoral responsibility to respond to the spiritual thirst and hunger of our people to be one in Christ,” the two leaders said in 2016. “We long for this wound in the Body of Christ to be healed. This is the goal of our ecumenical endeavours, which we wish to advance, also by renewing our commitment to theological dialogue.”

The Pontifical Council for Promoting Christian Unity and the Lutheran World Federation announced that the next task of their formal dialogue commission would be “to discern in a prayerful manner our understanding on Church, Eucharist and ministry, seeking a substantial consensus so as to overcome remaining differences between us”.

The announcement was part of a statement marking the end of a yearlong joint commemoration of the 500th anniversary of the Protestant Reformation.

Acknowledging Sins and Working for Unity

After 500 years of division and even violent opposition, Catholics and Lutherans and many other Christian communities commemorated the Reformation together, acknowledging their past sins and pledging to work for full unity, said the statement.

Over the past year, the statement said, “we begged forgiveness for our failures and for the ways in which Christians have wounded the body of the Lord and offended each other during the 500 years since the beginning of the Reformation until today”.

But, “for the first time Lutherans and Catholics have seen the Reformation from an ecumenical perspective,” it said. “This has allowed new insight into the events of the 16th century, which led to our separation.”

The mistakes of the past cannot be changed, the statement said, but “its influence upon us today can be transformed to become a stimulus for growing communion, and a sign of hope for the world to overcome division and fragmentation”.—By Cindy Wooden, CNS