Epiphany Changes Our View of Reality 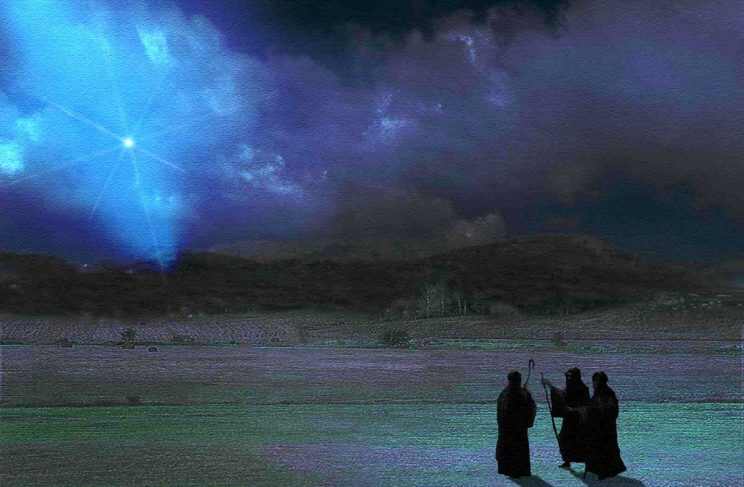 Fr John Allen Green OFM – What is the great manifestation; the revelation of the epiphany of the lord that we celebrate to-day and how does this change my view of reality and my own way of being in the world?

Lessons from a Beetle

The Australian jewel beetle has achieved celebrity status simply by choosing a rather unorthodox mate: a beer bottle. When professors Darryl Gwynne and David Rentz first noticed the male beetles’ strange behaviour, they realised the creatures were simply seeking out the most attractive mate.

When the Western Australian beer industry unintentionally produced bottles that mimicked the shiny brown sheen of the female jewel beetle, the males found themselves in what researchers refer to as an `evolutionary trap’; they were responding to prompts that once offered an evolutionary advantage, but ended up leading them astray as a result of environmental change.

“As a consequence of their mating mistakes, the beetles experience reduced survival,” says Darryl, a biologist at University of Toronto at Mississauga. “Attempts to copulate with stubby beer bottles continue until they are killed by the hot desert sun or by foraging ants.”

I could perhaps claim that these are just stupid beetles who can’t tell the difference between reality and what mimics reality!

Every week, however, we hear the sad stories of people being fooled by unscrupulous con artist promising huge returns and generous donations from penitents on their death beds. It is not only the elderly or the greedy who fall victims to these illusions.

A Stanford study found that the majority of middle school students can’t tell the difference between real news and fake news. In fact, 82 percent couldn’t distinguish between a real news story on a website and a “sponsored content” post. It seems that those surveyed in the study were judging validity of news on social media based on the amount of detail in the report and whether or not a large photo was attached, rather than focusing on the source of the tweet.

To our opening question of how the revelation changes my view of reality, my relationship with others, my way of being in the world, we might now also add… What are the gifts that I can bring into our communion with the Church and Jesus as the head of that Church?

The Portrait of Dorian Gray

Perhaps the foremost gift is the reality of my own awareness and presence free of the masks and the empty golden twittering that hides the vanity within us. Like the hidden image of Dorian Gray, his own ego, and his indescribable pride makes him petulant enough not to realise that there is a limit to everything: even to experimenting with feelings and sensations. He, however, lets the worst of it, literally, get the best of him, rendering him a victim of his own vulnerabilities. In all, his strongest trait, which is his ego, becomes his weakest link.

In what a monstrous moment of pride and passion he had prayed that the portrait should bear the burden of his days, and he keep the unsullied splendour of eternal youth! All his failure had been due to that. Better for him that each sin of his life had brought its sure, swift penalty along with it. There was purification in punishment. Not “Forgive us our sins” but “Smite us for our iniquities” should be the prayer of man to a most just God.

This is why, at one point, he finally has enough of the insane occurrence that is happening to his portrait. He realises that there is no hiding from one’s sins: they manifest in one’s life, or in one’s appearance, in one way, or another. Dorian IS proud enough to realise that his picture still bears the reality of his life.

The face that looks back at him from the picture is his own face, the way it really is. The disgust over what he sees prompts Dorian the wish to destroy the picture. He destroys it because he wants to destroy his ugly reality.

Hence this is the one message that we could sift from the novel: sins do become us, whether we hide them behind the masks of a beautiful face, or a hospitable countenance, or good manners or our empty words that hide our selfishness.

Our demons chase us and manifest upon us. In Dorian, they manifest in his picture, for it could not manifest in his actual appearance. However, his actions and all the ruin that he causes are enough proof to sustain that evil is as evil does, and it gets found out in the long run.

It is only in and through Christ that the beautiful reality of our being as both human and divine can be truly awakened and evidenced. We are not the Light, but the Light may shine in and through us.

This manifestation can only take place through the cracks of our earthenware containers; the hurt and bruised reality of our earthly journey seen in the light of the redeeming work of the Christ.

Let us pray earnestly at this beginning of a new year, that we may be freed of our all our illusions and addictions so as to live and move in the Light of this manifestation of our Divine Exemplar.

Let us also earnestly pray for light to shine in the shadow world of the blame game so that we may free ourselves, our children and our children’s children from the Purgatory that we create: as I break the law by speeding and endangering all life, what am I teaching my children? I’m only guilty when I am caught!

What am I saying to my grandchild as I commit insurance fraud? Lies are fine when they have lots of money in any case!

What future have I created for that little child as they become a witness to my “little” thefts? If you can get away with it, go for it!

Lord our God, give us the strength to break down the walls of the Purgatory we have created for ourselves, our children and our children’s children. Free those we have burdened by our entangled lies and deception.

MAY THE LIGHT OF CHRIST LEAD US TO NEW LIFE

Ephiphany of the Lord Reflection

33rd Sunday of the Year Reflection