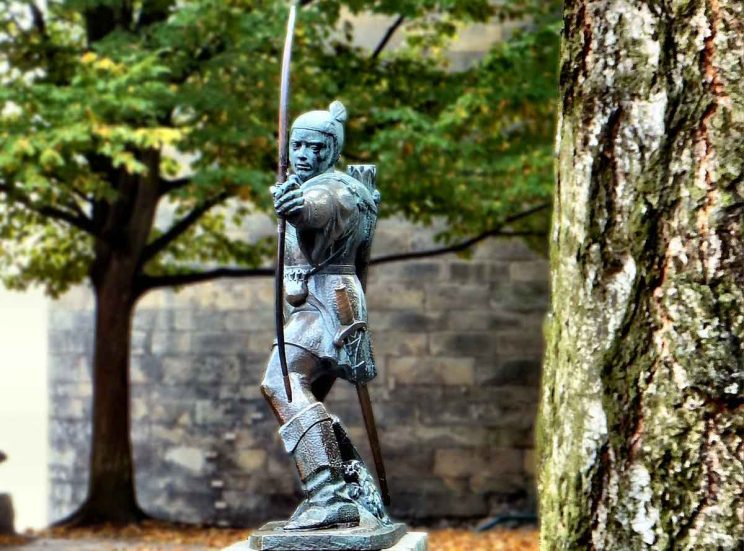 Robin Hood, the legendary hero of English folklore who took from the rich to give to the poor – whose very name conjures up thoughts of fairness, justice and love for the oppressed – stands in stark contrast to President Trump who wants to take from poor and give to the rich.

The recent congressional Republican-sponsored tax legislation signed into law by Trump gives huge tax cuts to wealthy individuals and profit-rich corporations. And as a result the federal deficit will astronomically increase.

So in order to help pay down the deficit, in his 2019 fiscal year budget proposal Trump is urging Congress to drastically cut funding to numerous domestic and international anti-poverty programs that are literally saving lives and helping millions of impoverished fellow human beings experience basic humane living standards.

What is being proposed here is Robin Hood in reverse.

According to the Center on Budget and Policy Priorities, if adopted by Congress, the Trump budget would seriously reduce funding for Medicaid – which provides medical coverage for millions of low-income citizens of all ages including poor seniors, people with disabilities, children and pregnant women. The result would provide less coverage for fewer needy people – and probably be a significant contributing factor leading to more abortions.

According to international poverty-focused advocacy and aid organisations like Catholic Relief Services and Bread for the World, the Trump proposals to completely eliminate Title II/Food for Peace programming and to severely slash the Emergency Food Security Program means that approximately 20 million people in crises would likely lose access to lifesaving food assistance.

It’s important to note that even without the proposed cuts the U.S. currently only gives 0.2 percent of its income to international development assistance; ranking it 22nd in comparison to other more economically developed nations .

These proposed cuts are nothing short of heartless.

St. Ambrose taught, “You are not making a gift of what is yours to the poor man, but you are giving him back what is his. … The earth belongs to everyone, not to the rich.”

Blessed Pope Paul VI, in his encyclical letter Populorum Progressio (“On the Development of Peoples”) teaches, “The same duty of solidarity that rests on individuals exists also for nations: ‘Advanced nations have a very heavy obligation to help the developing peoples’ ” .

With over 40 million Americans living below the poverty level, and over 800 million desperately hungry people around the globe, the world needs a real American Robin Hood – not a Robin Hood in reverse.