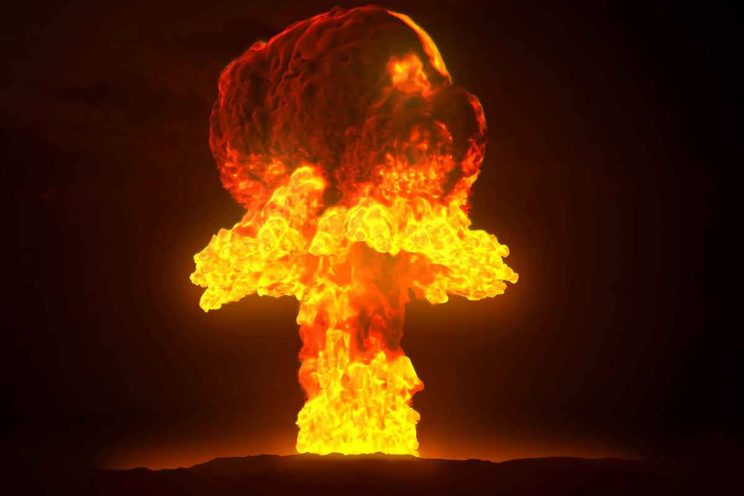 ‘To call the world’s nuclear situation dire is to understate the danger and its immediacy.” This is the warning of Dr Rachel Bronson, president of the Bulletin of the Atomic Scientists.

Famous for their symbolic Doomsday Clock, the Bulletin’s highly respected scientists and 15 Nobel laureate consultants recently moved the clock to two minutes before midnight — warning that a nuclear war catastrophe is very possible!

The only other time in its seven-decade history when the minute hand was set this close to midnight — that is, the devastation of the planet, and virtually everything and everyone on it — was in 1953 after the US and the Soviet Union tested thermonuclear weapons for the first time.

And in less than three weeks after the Doomsday Clock was moved so perilously close to nuclear midnight, the US Pentagon released its 2018 Nuclear Posture Review (NPR), providing the world with even more reasons to be alarmed.

Adding to the insane fact that both the US and Russia each have hundreds of nuclear weapons aimed at each other programmed with a “launch-on-warning” (hair-trigger-alert) status, the NPR states that the US will continue its policy to be the first to initiate a nuclear attack if it decides that its “vital interests” and those of its “allies and partners” are at risk.

I interviewed Beatrice Fihn, executive director of the International Campaign to Abolish Nuclear Weapons, which as an organisation won the 2017 Nobel Peace Prize for its leading work to achieve a nuclear-free world through the UN Treaty on the Prohibition of Nuclear Weapons.

She has deep admiration for Pope Francis: “The Holy Father made it clear last year that the only morally acceptable nuclear strategy is one that seeks security through the total elimination of nuclear weapons.”

It is of special note that the Holy See was one of the first countries to sign and ratify the Treaty on the Prohibition of Nuclear Weapons. But most unfortunately, the nine nuclear powers have rejected it.

While writing this column, I paused to watch the 1983 movie The Day After, which realistically portrays how an escalating set of events could quickly lead to a catastrophic nuclear conflict, and the horrific aftermath of a nuclear war.

I strongly urge all adults and teenagers to watch this unfortunately still very timely film (it’s on YouTube). And it would be very fruitful if Church groups would view it together, followed by prayer, discussion and a commitment to action.

God the Creator is calling each of us, clergy and laity, to persistently raise our voices on behalf of humanity and the earth upon which we live — before it’s too late!

The day before Rev Martin Luther King Jr was assassinated 50 years ago, he prophetically warned us in his compelling “Mountaintop” speech: “It is no longer a choice between violence and non-violence in this world; it’s nonviolence or non-existence. That is where we are today.”