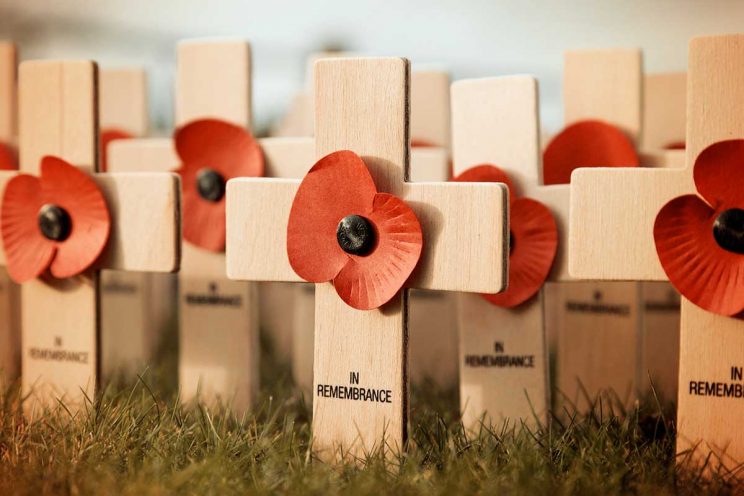 As the United States approaches its annual day to remember the more than 1 million American combatants who have died in the country’s many wars, it is most appropriate to ask ourselves, “What would be the wisest and most loving way to celebrate Memorial Day?”

Instead of making it a day of intense nationalism which accepts ongoing war as “normal,” the healthiest, holiest way to honour combatants killed, is to stop sending new combatants to take their place – to kill and be killed – again and again.

Since 9/11 approximately 7,000 U.S. troops have lost their lives in Afghanistan, Iraq, Syria and Pakistan; with well over 50,000 wounded – many seriously. And about 7,000 U.S. military contractors have also been killed.

And let us not dare forget the number of innocent civilians killed in these conflicts – conservatively well over 1 million deaths .

And there is no end in sight.

Approximately 200,000 U.S. troops are currently stationed in most countries around the world; with about 26,000 of them in the war-torn countries of Afghanistan, Iraq and Syria.

And at least 25,000 troops are deployed in conflicts in Somalia, Niger, Yemen, Libya and the Philippines.

And that’s not all.

There are approximately 70,000 U.S. Special Operation forces – including Navy SEALs and Army Green Berets – operating in 149 countries. That’s a deployment of combat personnel to more countries than any nation has ever sent military personnel to. Ever!

Hellishly, the war machine keeps rolling along grinding up countless human beings. And for what?  Well, for two things for sure: the age-old sins of love of power and money.

Flexing their muscles, nations spend an astronomical $1.7 trillion annually on their militaries, while in comparison very little is spent on ending global ills like hunger, poverty and homeless.

The U.S. is the largest exporter of weapons of war, followed by Russia, France, Germany, China and the U.K.

Of the six companies worldwide that profit the most from weapons sales, one is British (BAE Systems), and five are American – General Dynamics, Northrop Grumman, Raytheon, Boeing, with Lockheed Martin being the world’s largest arms dealer selling over $40 billion worth of weapons in 2016.

Through the words of the prophet Isaiah, God is urging us to beat our swords into plowshares, to train for war no more, and instead, to “walk in the light of the Lord!”

Like many prophets before them, they are now in jail .

May we who are baptized into the prophetic nonviolent life and ministry of Christ Jesus, unceasingly pray for an end to all war and war preparation. And may we too like the prophet Isaiah, and these seven modern day prophets, courageously strive to transform our nation’s swords into instruments of peace.