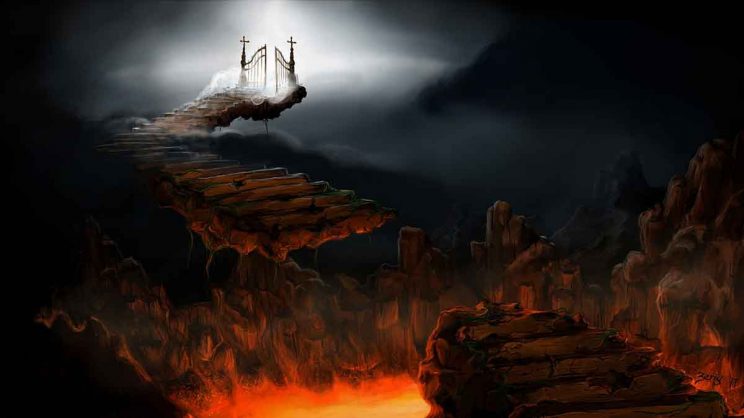 In the early months of his papacy, Pope Francis felt the urgent need to courageously preach on the actual existence of the devil, and the grave dangers of not taking his existence seriously (1 Peter 5:8-9).

Francis said “It is true that at that time, they could confuse epilepsy with demonic possession; but it is also true that there was the devil!

The Presence of the Evil One

Well, as for me, I stand with the Holy Father. For recently I encountered the undeniable presence of the evil one.

Near the entrance of the four-day Firefly Music Festival in Dover, Delaware, I joined up with a dozen other Catholic and Protestant Christians – ranging in age from 29 to 70 – to peacefully, prayerfully hold signs displaying the miraculous beautiful development of human unborn life in the womb, along with actual photos of the horrific, ugly, deadly reality of what abortion does to unborn life .

Although I have a fair amount of experience on the frontlines of the war against innocent unborn babies and vulnerable scared pregnant women, nonetheless, I wasn’t expecting that we would be standing on the edge of hell.

Reactions Out of Hell

A mathematician among us estimated that during the five hours we stood in witness to our vulnerable unborn brothers and sisters, 30,000 music festival goers – mostly in their late teens and 20s – passed right by us. And with very few supportive exceptions, their reactions were right out of hell.

As the flow of immodestly dressed, or more accurately put hardly dressed, masses of people continued to pass us throughout the day, time and again we were aggressively given the middle finger, along with its verbal equivalent.

And all the while a plane overhead kept circling with a huge banner advertising Trojan condoms.

As the day wore on and alcohol consumption increased, the obscene gestures and language became angrier and more vulgar.

Comments yelled at us were, “My body, my choice,” and “Those signs are fake news,” and “It’s not human” and “I loved my abortion.”

Global Indifference of the Lost

But in many cases the worst comments came from those with no comments. They were the indifferent ones who didn’t care to engage our witness to the truth – not even with anger. With stone-faced expressions, they didn’t even look our way.

Pope Francis calls this a “culture of indifference.” It’s a cold-hearted mass indifference not only to brutalized aborted unborn babies, but to hungry, poverty-stricken, homeless, migrant, refugee and war-torn fellow human beings trying against tremendous odds to survive on our warming wounded planet.

I said to a 70-year-old colleague, “What do you make of all this?” She said with a sad voice, “They’re lost souls.”

It seemed like they were mindlessly walking toward hell. I pray they change direction.

Those of us who claim the name Christian need to move out of our comfort zones, and as totally committed missionary disciples boldly proclaim in word and action: The Kingdom of God is at hand! Believe it, live it! And know that God’s saving love – not the evil one – has the final word!

Marching for Life is Not Enough