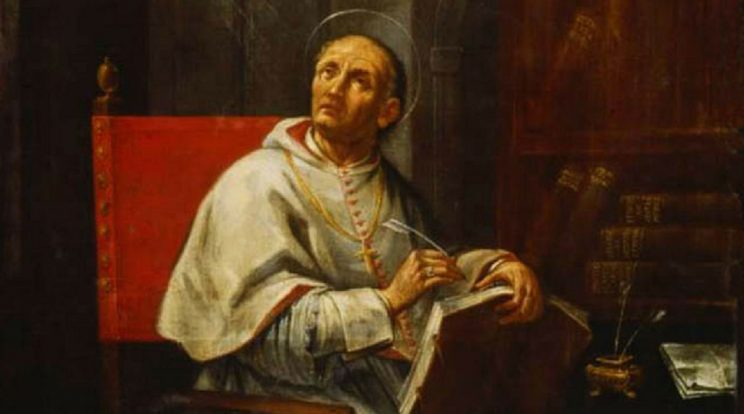 A radical program of reform addressing the widespread problem of abusive clergy and negligent superiors in the 11th century holds some essential insights and lessons for the church today, a church historian has said.

St. Peter Damian – honoured by Pope Leo XII in 1828 as a doctor of the church for his reform efforts — came up with an effective strategy that emphasised the need for public accountability, strict penalties for offenders and their superiors, and the obligation of laypeople to step in when church leaders fail to reform themselves, said C. Colt Anderson, a theologian and expert in church reformers.

The saint realised that sexually abusive clerics and those who failed to stop them were “more afraid to be despised by men than to be judged by God,” Anderson wrote in an in-depth article on St. Peter Damian.

This loss of a proper fear of the Lord and his final judgment is linked to a lack of accountability, and it “seems to be one of the root causes behind the current crisis,” he wrote in the article titled, “When Magisterium Becomes Imperium: Peter Damian on the Accountability of Bishops for Scandal.”

Although his article was published in 2004 in the journal Theological Studies, Anderson told Catholic News Service that he believes the article’s conclusions still hold true today. The only real change is his opinion that current church structures are not adequate, and civil law is required to prosecute offenders and those who cover up their crimes.

A Problem of Formation

The reason the church continues to struggle with enforcing its own policies is “priests are formed to operate out of a sense of fraternity and to see their relationship with their bishop in familial terms, which makes it difficult for them to investigate or sanction each other,” said Anderson, a professor of church history at Fordham University in New York.

“Further, their moral formation in the seminary is largely for their roles as confessors, which rightly emphasises mercy. Of course, Gregory the Great wrote that one can be forgiven and still be unfit for office,” Anderson told CNS in an email response to questions.

As the church continues to face revelations of abuse and negligence even by some of its highest-ranking members, looking at how these problems were effectively handled in the past is key for understanding the root causes and needed solutions, Anderson has said.

In fact, of the many diverse factors that have fuelled the abuse crisis, “its roots lie more in the late 11th century than in the 1960s,” Anderson told CNS.

For example, now-Archbishop Theodore E. McCarrick “was not known for being a liberal or progressive bishop,” Anderson said, which means the problem wasn’t political, but that “he forgot that his role was to serve the needs of others and came to believe that the role of others was to serve his needs.”

The Church Needs to Come Clean and Be Real

Anderson said he believes “Pope Francis is doing an excellent job at addressing the underlying clericalism and triumphalism that fuelled the crisis and the cover-up. The need to present the church as perfect and to prevent scandal is a large part of the problem.”

St. Peter Damian, born in Italy in 1007, “attacked all forms of sexual abuse committed by the clergy,” whether it was the abuse of minors or adult men and women, Anderson wrote in his 2004 essay.

The saint saw immoral behaviour among clergy as more than just an abuse of power, but an “abuse of power inherent in incest,” Anderson wrote.

If a bishop or priest is the groom of the bride – the church – and if all those reborn in the church are his spiritual children, the saint argued, then the betrayal of abuse amounts to a kind of “spiritual incest,” which demands harsher punishment than familial incest which, under canon and civil law at the time, resulted in excommunication and exile.

St. Peter Damian recognised the imbalance of power underlying the attempts of clergy to solicit, seduce or coerce others into a sexual act, Anderson said, and he was concerned about “the spiritual impact” such acts had on the victims being led into sin.

According to Anderson, the saint used examples in sacred Scripture to formulate and justify his principle that the sins of leaders “must be more vigorously” and publicly prosecuted “than those of the anonymous and powerless,” both to set an example to the whole community and “to turn away God’s wrath.”

St. Gregory the Great, too, said the one who fails to correct, “when it is possible for him to do so, makes himself guilty of the other’s fault.”

The Office Has Fallen

St. Peter Damian believed bishops not only encouraged illicit or immoral acts to continue by failing to enforce disciplinary action, but their inaction caused the very dignity of the ecclesiastical office to fall into disrepute and lose credibility, Anderson wrote.

Critically, the saint saw when leaders were “too weak or apathetic” to enforce the church’s laws, then it was important for the laity to work with others in the church “to compel bishops to uphold appropriate discipline or to remove them from office,” the essay said.

“Since temporal privileges such as wealth and coercive power were not inherent to any pastoral office, (St. Peter Damian) argued that the laity could legitimately take these away from the clergy,” Anderson wrote.

St. Gregory “granted rights and privileges to a group of papal agents called the ‘defensores,’ who were not ordained, so that they could investigate and prosecute clerical abuses,” Anderson told CNS.

Though many of the laws, policies, procedures and attitudes of the church in the 21st century are markedly different from those of the 11th century, some similar flaws linger today, Anderson argued in his 2004 article. Those include a lack of church bodies set up to investigate and punish negligent bishops and the sense that sexually active clerics and lax superiors are more afraid of scandal and being “despised by people than judged by God.”

The fact that there are still people who fail to see the abuse of minors as an abuse of office and of power, he said, “is a telling sign of entrenched problems in the attitudes of some who hold episcopal office,” indicating a sense of entitlement and a failure to remember that leaders are called to serve, not be served. By Carol Glatz Catholic News Service