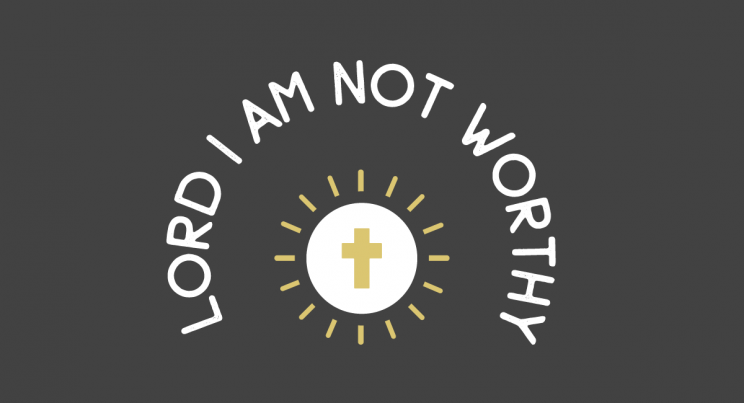 Some Catholics do not know that there is such a thing as a Eucharistic fast, or know but ignore it. Is the fast still required? If not, why have we not been informed officially? Joe Doe

The Eucharistic fast is still in force. The Code of Canon Law puts it crisply: “Whoever is to receive the blessed Eucharist is to abstain for at least one hour before holy Communion from all food and drink with the sole exception of water and medicine” (919.1).

This is the letter of the law. It springs from the spirit of the law which goes back long before any legal brains regulated the conditions for a worthy reception of the sacrament.

Receiving the Eucharist worthily means that you fully appreciate the privilege that is yours to let our Lord Jesus Christ “enter under your roof”.

From early times the faithful have known that they must repent of serious sin before they receive the Eucharist, and they fast to show their sincere desire to be embraced by God’s intimate love and grace.

History of the Eucharistic Fast

In the fourth century St Augustine of Hippo mentioned that the practice of fasting from food and drink before receiving holy Communion was the custom of the universal Church.

He explained that this was done out of reverence because the bread of angels “should take precedence over all other food entering the mouth”.

Fasting from midnight was the norm into the 20th century, and it was strictly upheld. Since no food was permitted before Communion, priests sometimes had to explain to scrupulous Catholics who accidentally swallowed toothpaste that this did not break the fast, as toothpaste is not food.

In 1953 Pius XII permitted the Saturday evening vigil Mass for fulfilling the Sunday obligation. The immediate effect was, naturally, that a period of total fasting from midnight until, say, 18:00 the same day was seen as too onerous. So he retained the midnight discipline for morning Mass and introduced a three-hour fast before evening Mass.

In 1964, to encourage more frequent Communion, Paul VI brought in the one-hour fast, as expressed in canon 919.1.

Not everyone has been pleased with this reduced one hour’s fast. Critics say that 60 minutes of abstinence cannot be called a fast at all. Consequently, some Catholics voluntarily adhere to the three-hour period of restraint, or even longer.

What is important here is the spirit of the law. The faithful who firmly believe they receive the real Body and Blood of Christ in holy Communion will accept the fast as a means of showing their appreciative awe and reverence.

The bishop tells the new priest at his ordination to “understand what you do and imitate what you celebrate”. It may be useful to repeat these words to ourselves as we line up for holy Communion.