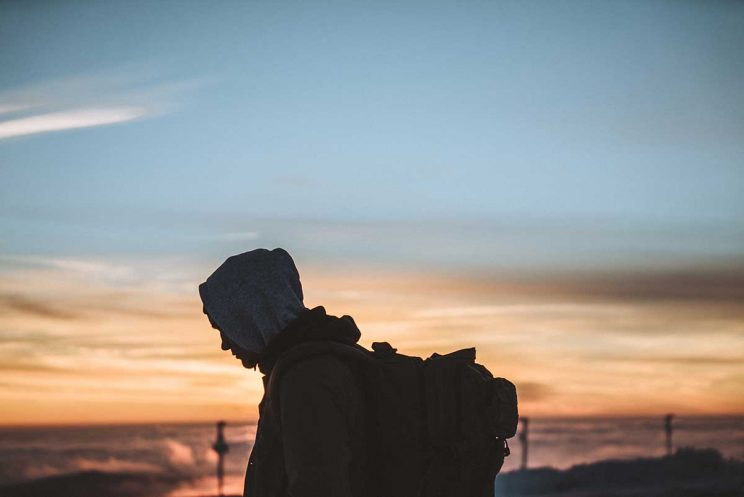 Prayer Intention: That young people in Africa may have access to education and work in their own countries.

It is truly extraordinary what risks migrants will take to get into so-called developed countries.

Young West Africans, or their families, pay traffickers to get them across the Sahara into Libya and thence across the Mediterranean into Europe. A considerable proportion do not make it. Some die in the desert, abandoned by their traffickers. Others are arrested and languish in detention centres. Some are sold into slavery.

The hazardous sea crossing in dangerously unseaworthy boats is perhaps the most hazardous leg of all.

Why Do They leave?

Seeing those pictures of tightly-packed boats adrift or even sinking, one wonders what on earth could prompt anyone to take such foolhardy risks. Is the fabled “better life” in the West worth it?

Even if they make it to Europe, the road can still be long and hard to becoming the family’s foreign currency wage-earner that many aspire to be.

One such young migrant has told of how he had to send home practically all that his menial job earned him in order to keep up the appearance that he was highly successful. He wrote a book about his experiences in order to warn other would-be fortune-seekers of what awaits them.

However, young people, especially young men, will always be risk-takers. A strong and healthy young man feels invincible and immortal. Even if some of his companions become casualties, a young soldier somehow convinces himself that it won’t happen to him.

There will always be adventure-seeking youngsters who move out of hearth and home to seek their fortune, but in some dire and desperate circumstances the numbers balloon.

During the Irish potato famine from 1845-49, it was the desperation of hunger that drove two million people from Ireland to the United States and other countries. Some were so weakened by hunger that they did not survive the journey. And, like the African migrants of today, they too were exploited by those arranging their passage.

The factors pushing young Africans from their homes to risk death crossing deserts and seas are more numerous and more complex than straightforward famine (though poverty obviously does cause hunger).

In some parts of Africa, such as Eritrea, young men are desperate to escape the brutal, open-ended, compulsory military service established by a dictatorial government, described by a UN report as involving “forced labour”. Many South Sudanese want to get away from the seemingly endless cycle of violence that has gripped their new country.

Those who leave for economic reasons seem to have lost faith in their own countries to provide any meaningful educational or economic means of providing for their future. They see the better houses and lifestyles of their neighbours who have relatives abroad and opt to take the risk. Some migrants are as young as 14 or 15, an age at which peer pressure is a powerful force.

This is a long-term challenge and there are many difficulties to be faced. More and more it is climate change which is identified as putting huge pressure on the economies of the drier parts of Africa.

Even positive development can be problematic. The experience in Mali, for example, suggests that development can even have the unintended outcome of increasing migration, at least in the short term, because a rise in income enables more people to afford the costs of migrating!

Some returnees who have endured the most appalling sufferings, decide to try again — an indication of the power of both the push and the pull factors.

Most observers say that the only sure way of stopping this terrible trade is through the leadership of Africa, in cooperation with the West, developing the immense potential of the continent for the benefit of those who live here.

As long as they are exploited by or excluded from the economy, they will continue to arrive on European shores.

(You can find a short but inspiring video on this theme featuring Pope Francis himself on https://www.thepopevideo.org)