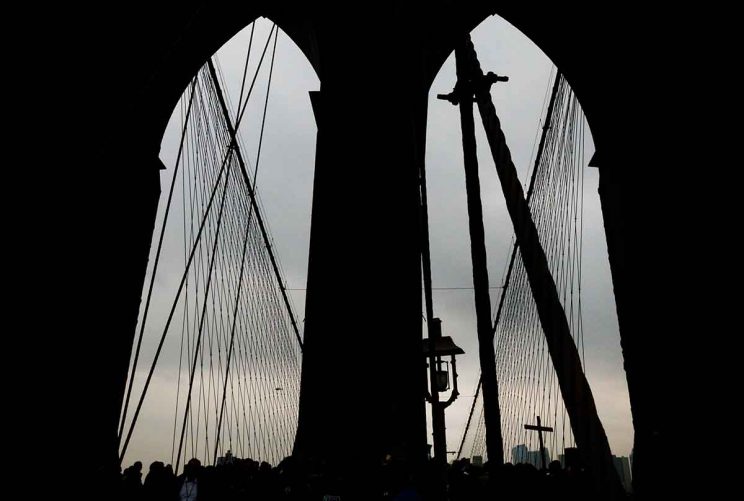 By Rhina Guidos Catholic News Service – The New York State Office of the Attorney General is the latest to announce that it is launching an investigation of sexual abuse of minors by Catholic Church clergy, sending out subpoenas on seeking documents from the state’s eight dioceses.

In a press release, the agency said it was seeking “a civil investigation into how the dioceses and other church entities — which are nonprofit institutions — reviewed and potentially covered up allegations of extensive sexual abuse of minors.” Of New York’s eight dioceses, which include Albany, Buffalo, New York, Brooklyn, Ogdensburg, Rochester, Rockville Centre and Syracuse, four have confirmed to Catholic News Service they received subpoenas

In conjunction, the state’s Attorney General, Barbara D. Underwood, announced a hotline, specifically for those who may have been abused by clergy in New York.

Joseph Zwilling, director of communications for the Archdiocese of New York, said in a Sept. 6 email to Catholic News Service that “while we have just received a subpoena, it is not a surprise to us that the Attorney General would look to begin a civil investigation, and she will find the Archdiocese of New York, and the other seven dioceses in the state, ready and eager to work together with her in the investigation.”

Zwilling said that since 2002, the archdiocese has shared with the state’s previous district attorneys “all information they have sought concerning allegations of sexual abuse of minors and has established excellent working relationships with each of them.”

“Not only do we provide any information they seek, they also notify us as well when they learn of an allegation of abuse, so that, even if they cannot bring criminal charges, we might investigate and remove from ministry any cleric who has a credible and substantiated allegation of abuse,” he said.

Similarly, the dioceses of Syracuse and Brooklyn, said they, too, will cooperate and said they have collaborated with law enforcement and respective agencies over the years investigating sex abuse cases.

“In 2002, the Diocese of Brooklyn handed over all allegations of sexual abuse of a minor by a priest or deacon, to the district attorneys in Brooklyn and Queens,” the diocese said in a statement.

New York’s attorney general’s office said it had taken a cue from the state of Pennsylvania and its probe for records that resulted in an Aug. 14 grand jury report detailing claims of sexual abuse of minors by clergy going back 70 years. Though the report identified more than 1,000 sex abuse claims, in Pennsylvania, only two cases resulted in prosecutions because the statute of limitations had expired in the majority of cases.

“The Pennsylvania grand jury report shined a light on incredibly disturbing and depraved acts by Catholic clergy, assisted by a culture of secrecy and cover-ups in the dioceses. Victims in New York deserve to be heard as well — and we are going to do everything in our power to bring them the justice they deserve,” said New York’s Underwood.

She added that New York may face a similar scenario to Pennsylvania when it comes to prosecuting any cases since “many cases of abuse may not be prosecutable given New York’s statutes of limitations.”

The Diocese of Albany in a statement released Sept. 6 said it had contacted the Albany District Attorney’s office, inviting its officials “to review our records and look at how sexual abuse cases have been handled historically in the Roman Catholic Diocese of Albany, to what extent survivors were heard and believed, what processes were followed, and what consequences resulted.” The letter was addressed to parishioners.

In an email to CNS, Albany’s Director of Communications, Mary DeTurris Poust, confirmed that the diocese had received a subpoena, adding that Bishop Edward B. Scharfenberger said “we have to do what is right, even if it is not easy.”

“As Bishop Scharfenberger stated in his letter to the people of our diocese, when he made the decision to ask Albany District Attorney David Soares to review our records, we believe that only by shining a light on whatever might be hidden can we bring about true healing for survivors and for our church,” she said in the email.

In Buffalo, where the diocese has been dealing with fallout following a series of television news reports that said Bishop Richard J. Malone did not remove two priests from ministry after receiving abuse allegations, George Richert, director of communications, said the office would work with state officials.

“Our diocese will cooperate with any investigation initiated by the New York State Attorney General or District Attorney,” he said in an email to CNS.

Under New York law, only district attorneys can refer evidence to grand juries to investigate criminal complaints and recommend prosecution, as long as the potential charges meet the statute of limitations, according to the New York County Lawyers Association website.

Cardinal: Harming a Child must be ‘Line in the Sand’ for Removal