The Church Lost in the Desert? 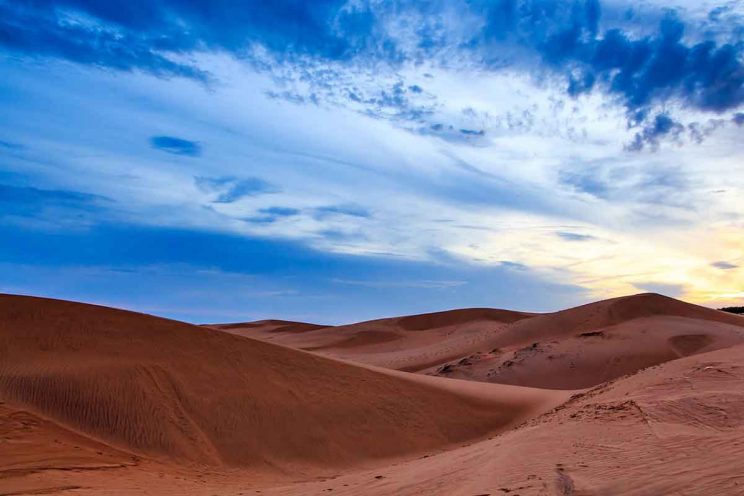 It’s not Lent, but the sense of wandering in a desert prevails. We have wandered our desert of clergy sexual abuse for nearly two decades.

In January 2002, The Boston Globe published its first of 600 articles on clergy abuse. Before then, the term “clergy sex abuse” was not one people often heard. (Though, as we now know, many had experienced it.)

The U.S. bishops responded quickly. In June 2002, they published the “Charter for the Protection of Children and Young People,” with procedures to address allegations of sexual abuse of minors. The charter has been revised three times, with its stated goals: creating a safe environment; healing and reconciling victims and survivors; effectively responding to allegations; cooperating with civil authorities; disciplining offenders; and providing accountability. They also set up the Secretariat of Child and Youth Protection and the National Review Board.

However, with the Aug. 14 Pennsylvania grand jury report, many may not feel our desert journey has gone very far toward the Promised Land of transparency and safety for the vulnerable.

Add the May 18 offer from Chile’s 31 bishops to resign for failing to protect children, the May 22 conviction of Archbishop Philip Wilson of Adelaide, Australia, for failing to report child sex abuse by a priest; reports of abuse and cover-ups from Ireland and Manchester, England; alleged abuse by Archbishop Theodore E. McCarrick and we ask: How did we get lost in this desert, far from life-giving water?

Many reasons have been offered. Some, like Cardinal Raymond L. Burke, condemn modern ideas on sexuality. Madison, Wisconsin’s Bishop Robert C. Morlino, in an Aug. 18 letter, cited a diminished sense of sin’s reality, but added: “we are talking about deviant sexual — almost exclusively homosexual — acts by clerics.”

Pope Francis,  used the Good Friday 2005 words of then-Cardinal Joseph Ratzinger: “How much filth there is in the church, and even among those who, in the priesthood, ought to belong entirely to (Christ)! How much pride, how much self-complacency!”

The Pennsylvania grand jury noted another reason: “All victims were brushed aside … by church leaders who preferred to protect the abusers and their institution above all. The main thing was not to help children, but to avoid scandal.”

Sexual sin, pride, self-complacency, avoiding scandal, protecting the church. The list goes on and — even with all the outrage, plans and promises to reform – the desert continues to loom around us.

Over 3,000 years ago, the Israelites – powerless slaves – found freedom, only to wander in the desert for 40 years. A distance of 400 miles – maybe a two-month journey – took a lifetime.

Why? Were they bad at directions?

Unlikely. God led Israel with a pillar of fire. He fed them manna and water from the rock. Yet they did not follow faithfully, turning aside countless times.

Finally spies entered the Promised Land and brought back wondrous fruit and tales of giants. Forgetting God’s promise, God’s miracles and the bounty clearly awaiting them, the Israelites succumbed to fear and turned from the Promised Land. God, respecting their freedom, let them go and a whole generation died in the desert.

In the same way, many leaders of our church – not all leaders – have turned from the Promised Land. Rather than trust God and follow the desert path of right living with God and each other, they trusted their own desires and their own fears.

We are paying the price.

The path remains hard. We now have to ask if we are all willing – together – to walk the desert path to freedom. We must turn from pride, fear, ignoring reality and protecting ourselves or the church, or the vulnerable ones will continue to pay the price.

“In the desert” from  The Compass, newspaper of the diocese of Green Bay, Wisconsin. It was written by Patricia Kasten, associate editor. By Catholic News Service

Healing the Church Starts with Making Reparations for Sins

German Report Shows 3,700 Cases of Abuse of Minors in 68 Years

Women: How We Were Abused in the Church
Share