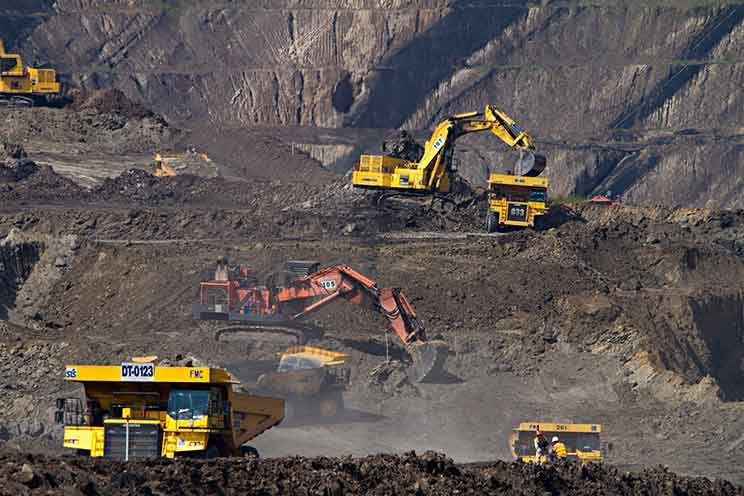 The Southern African bishops’ Justice & Peace Commission has announced that it is helping sick miners who are about to sue coal mining companies for failing to protect them from black lung disease.

“As Church, we are always close to the sick and the marginalised in the society. Our work with sick miners is both about healing and restoration of justice, ” said Bishop Gabuza, chair of the SACBC Justice & Peace Commission.

Pneumoconiosis, also called black lung disease, is a preventable but incurable disease which is contracted in coal mines through inadequate protection from coal dust.

“For decades, coal mining companies knowingly allowed their workers to be exposed to unsafe levels of coal dust. The mines need to take both ethical and legal responsibility for the sick miners,” Bishop Gabuza said.

South Africa is one of the countries with the highest prevalence rate of black lung disease.

“The fact that South Africa has hundreds of sick miners from the coal industry is an indictment of corporate greed in the mining sector and its insistence on profit over the dignity of mine workers,” the bishop said.

The sick miners are from Limpopo, Eastern Cape, Free State, Mpumalanga and KwaZulu-Natal.

“Most of the miners who become sick were sent home with little or no compensation after working in mines that have generated millions of rands for their shareholders,” Bishop Gabuza said.

Ndwamato Ratshikakale is one of the sick who will be involved as an applicant in the class action.

He worked in Tshikondeni coal mine in Limpopo for 22 years and was retrenched after contracting an occupational illness. Mr Ratshikakale received no compensation for his illness and now tries to survive on subsistence farming.  He is one of the sick miners seeking restoration of justice.

“I have tried to get work for the last 20 years but my health has not allowed me to,” he said “My family tries to survive through subsistence farming.  Recently, the doctors have however told me to stop because of exposure to dust,” Mr Ratshikakale said.

“I am not alone. There are hundreds of us. The coal mines should be held accountable for failing to prevent and respond to our lung disease.”

Ndou Tshifhwa Constance, the widow of Pfuluwani Maulta Noel, is 51 years old and lives in Limpopo. Her husband worked on the mines for more than ten years and died from black lung disease. He was retrenched due to his medical condition but never received any compensation.

“I have four kids. Now I struggle to survive through temporary jobs. I hope that we win the case against the coal mines so that I can get enough money to pay for further education for my children,” she said.

The Feast of All Saints Africa