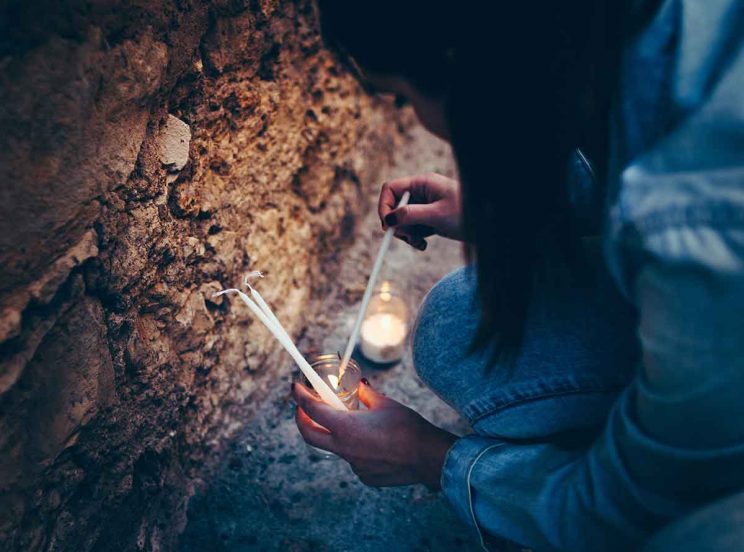 Signalling his belief that the Catholic Church is facing a serious crisis, Pope Francis asked every Catholic in the world to pray for the protection of the church from attacks by the devil, but also that the church would be more aware of its sins and stronger in its efforts to combat abuse.

Pope Francis asked Catholics to pray the rosary each day in October, seeking Mary’s intercession in protecting the church, and “at the same time making her (the church) more aware of her sins, errors and the abuses committed in the present and the past, and committed to fighting without hesitation so that evil would not prevail,” the Vatican said in a statement.

United “in communion and penitence as the people of God,” the statement said, Catholics should plead for protection against “the devil, who always seeks to divide us from God and from one another.”

Pope Francis met earlier in September with Jesuit Father Federic Fornos, international director of the Pope’s Worldwide Prayer Network, formerly known as the Apostleship of Prayer, to ask that the recitation of the rosary in October conclude with “the ancient invocation ‘Sub Tuum Praesidium’ (‘Under your protection’) and with the prayer to St. Michael the Archangel, who protects us in the battle against evil.”

The first prayer, to Mary, has a variety of translations. One reads: “We turn to you for protection, Holy Mother of God. Listen to our prayers and help us in our needs.  Save us from every danger, glorious and blessed Virgin.”

The prayer to St. Michael reads: “St. Michael the Archangel, defend us in battle. Be our defense against the wickedness and snares of the devil. May God rebuke him, we humbly pray, and do thou, O Prince of heavenly hosts, by the power of God, thrust into hell Satan, and all evil spirits, who prowl about the world seeking the ruin of souls.”

The Vatican, announcing Pope Francis’ prayer request, cited his homily at morning Mass where he spoke about the devil as the “Great Accuser” who “roams the world looking how to blame” and spread scandal.

Archbishop Carlo Maria Vigano, the former nuncio of the United States, who has called on Pope Francis to resign, claiming the pope knew about and ignored the sexual misconduct of former Cardinal Theodore E. McCarrick, issued another statement  accusing the pope of “subtle slander” with that homily.

Neither Pope Francis nor the Vatican had responded to Archbishop Vigano’s original allegations.

In addition to the case of Archbishop McCarrick, the Catholic Church in the United States is still coming to grips with the mid-August release of the Pennsylvania grand jury report covering decades of alleged abuse by more than 300 priests; the report identified more than 1,000 victims.

A widespread abuse scandal and broad police investigation is ongoing in Chile; Cardinal George Pell, Vatican secretary for the economy, is on trial for abuse in Australia; and the bishops of German in late September released a report on thousands of cases of abuse in their country, some going back to 1946, but some as recent as 2000. By Cindy Wooden Catholic News Service