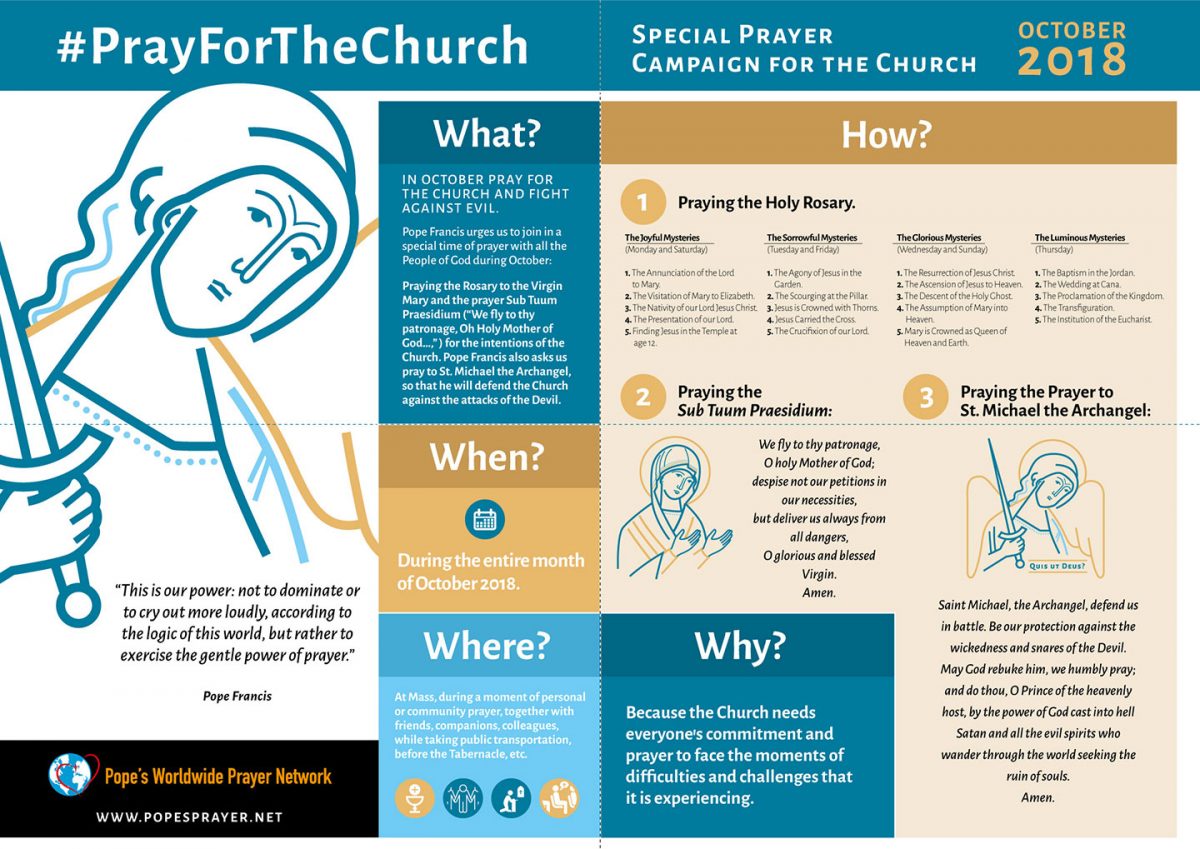 The Pope’s Worldwide Prayer Network, formerly known as the Apostleship of Prayer, distributed this document in preparation for the month-long prayer campaign Pope Francis has requested for the church and its fight against evil and abuse. The Vatican announced Pope Francis’ request that during the month of October every Catholic pray the rosary each day along with a special prayer for Mary’s protection and the prayer of St. Michael the Archangel. (CNS/Pope’s Worldwide Prayer Network)