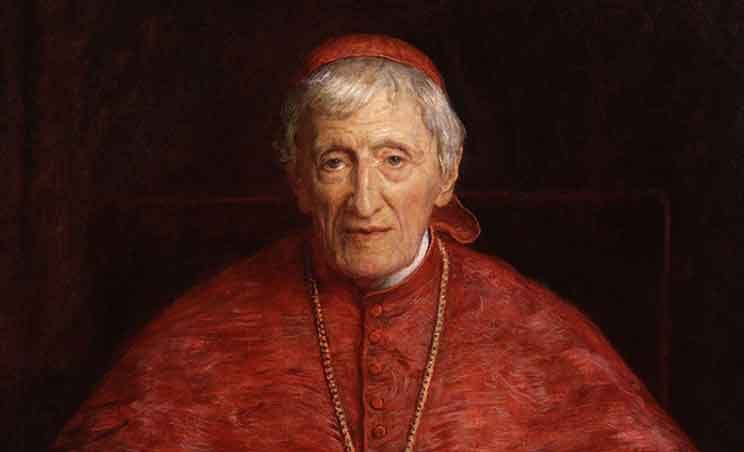 Catholic bishops have expressed hope that Pope Francis will canonise Blessed John Henry Newman in 2019 after Vatican medics said the inexplicable healing of a U.S. mother was a miracle attributable to his intercession.

The cardinal was beatified in 2010 by Pope Benedict XVI in Birmingham, England, after the miraculous healing of Boston Deacon Jack Sullivan.

Archbishop Bernard Longley of Birmingham said the English and Welsh bishops were informed during their “ad limina” visit to Rome in September that the second miracle needed for the canonisation of Blessed Newman had been found.

“I understand that the medical board responsible for assessing a second miracle has now delivered a positive assessment to the congregation,” he said.

The archbishop said members of the congregation will meet early next year “to consider the medical board’s assessment and to make its own recommendation” to Pope Francis, who will make the final decision and possibly set a date for the canonisation ceremony.

Archbishop Longley said: “It is wonderful news that the process for canonisation is now moving closer toward its conclusion, and I pray that we may witness the canonisation of Blessed John Henry Newman within the coming year.”

He said the canonisation would be a “great joy,” especially for the Catholics of Birmingham, the city where Blessed Newman founded his oratory.

“I am sure that Pope Benedict XVI, who came to our city to beatify Cardinal Newman, will be joining us as we continue to pray for Blessed John Henry’s canonization in the near future,” he said.

The second healing miracle involved a young law graduate from the Archdiocese of Chicago who faced life-threatening complications during her pregnancy but suddenly recovered when she prayed to Blessed Newman to help.

It was reported in the British media in early 2016 that a file on the healing had been passed from the archdiocese to the Vatican.

The news that the second miracle had been approved in Rome was revealed by Bishop Philip Egan of Portsmouth in a weekly newsletter in mid-November.

He told the people of his diocese that developments in the cardinal’s cause meant that it “looks now as if Newman might be canonized, all being well, later next year.”

In a telephone interview with CNS, Bishop Egan described the progress of the cause as a “wonderful thing.”

He said it would be “great” if it (the canonisation) was in October next year because that was the month of Blessed Newman’s conversion to the Catholic faith.

“It shows that it is possible to be an Englishman and holy,” he said.

“It is an inspiration for anyone from England,” he added. “I hope and pray that one day he will be made a doctor of the church, because there is so much in his teaching that is really rich.”

Before he became a Catholic in the 19th century, Blessed Newman was an Anglican theologian who founded the Oxford Movement to try to return the Church of England to its Catholic roots.

Despite a life marked by controversy, he was renowned for his exemplary virtue and for his reputation as a brilliant thinker, and Pope Leo XIII rewarded him with a cardinal’s red hat.

He died in Birmingham in 1890, and more than 15,000 people lined the streets for his funeral procession.

Scholars believe he was years ahead of his time in his views of the Catholic Church and its teachings. By Simon Caldwell, CNS