As We Prepare to Vote 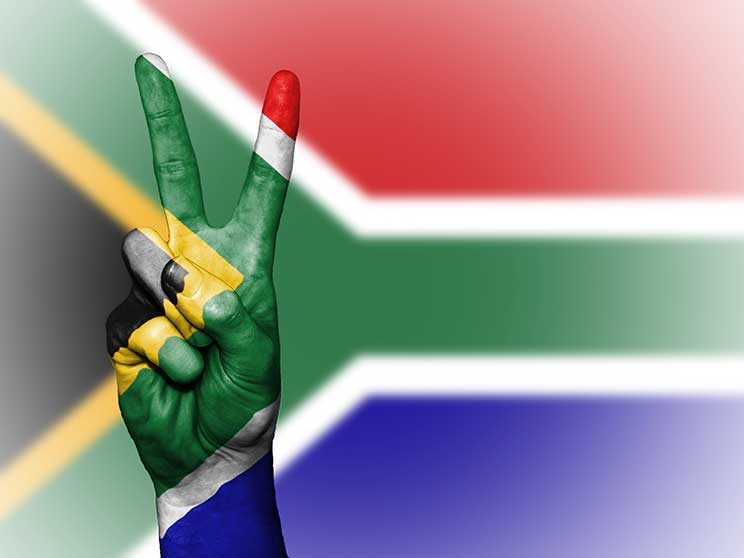 A few months ago one of The Southern Cross’ followers on Facebook asked whether South Africa’s only weekly Catholic newspaper would tell readers who to vote for in the upcoming 8 May elections.

As a non-partisan Catholic newspaper, The Southern Cross cannot and should not be seen to align itself with any specific political party. Similarly, the position of the Church in South Africa is that it will not align itself, explicitly or implicitly, with a particular political party.

Indeed, we have seen Pope Francis take a similar stance when commenting on international political situations. He makes a point of condemning violence, terrorism, human rights violations, human actions that harm society’s most vulnerable members, but he does not publically shame a particular leader or party.

We saw this most clearly in his comments on the Venezuelan crisis, calling both rivals Nicolás Maduro and Juan Guaidó to put personal differences aside and address the suffering of the people.

So what can the Church say in times of political decision-making? Firstly, that as citizens we should work for the common good, and that means playing an active role in public life, promoting peace, defending the common good and working towards the social wellbeing and development of our societies (cf CCC 1905-1917).

This active participation in civil life includes taking our hard-won right to vote seriously. It requires more than voting the way we have always voted, because of preconceived ideas we might have about what a party stands for.

As Christians seeking the greater good, we must test our assumptions about each of the players in the political landscape.

One way of doing this is by really thinking about and studying the various political party manifestos and what they stand for.

We still have a month to take the time to carefully read what the political party leaders are saying, to listen to their promises at rallies, and to study the documentation, so that we can truly make an informed decision come election day.

But we also need to reflect on their past performances. How has the party I voted for last time fared in the last five years? Have they brought improvements to the lives of the country’s citizens? Have they promoted equality, justice, peace, tolerance?

Culture of a Party

Looking across the spectrum, we may be tempted to say that neither the ruling nor the opposition parties have done what we expected of them. Neglect is one thing (and by no means to be excused) but we also need to look at the culture of the party. Do they encourage their followers to uphold the laws of the land or do they engage in the destruction of property, or personal attacks on individuals?

Another aspect to consider is how the various political parties have fared on ethical and moral issues.

In South Africa, it is highly improbable that we will ever backtrack on the Termination of Pregnancy Act, but we can explore whether any political party has made efforts to increase access to information for women and girls so that they can make better decisions about their unborn children. Have they improved maternal health care available in public hospitals?

The reality is that no one party has got it right on all fronts. What we find is that the main parties represented in parliament (and therefore with a greater voice to effect change) have done a few things right, but got it wrong on several other fronts.

And there may be a smaller party that says all the right things, but has such a small representation that its voice mostly goes unheard, and therefore, has never had a chance to prove themselves.

This is where we can make a difference. As Christians, we are called to vote according to our conscience and in a spirit of prayer after a careful considerations of all the facts.

We hold the power to give a greater voice to the unheard voices. We have the power to tell our elected officials that corruption, continued inequality, violence, poor service delivery, and wanton waste of our tax money are not acceptable. We do this with our vote.

But it must also go further than this. Our duty does not end on election day. We continue to hold them accountable every day they are in office.

We hold them accountable through our engagement with local leadership structures in our wards and at local government level.

We hold them accountable by participating in the public consultation process when there are proposed changes to legislation.

We hold them accountable by using our robust and vibrant media to call our elected politicians out on their wrongdoings, but also to remember to publically commend them for their successes.

We hold them accountable by the lives we lead. If we desire a government that will bring peace, justice, and equitable economic distribution, then we must live by those values ourselves.

Only then can we exemplify the Kingdom values that we’d like to see permeating throughout our society on election day and beyond into the next five years.

Fight Back With Love