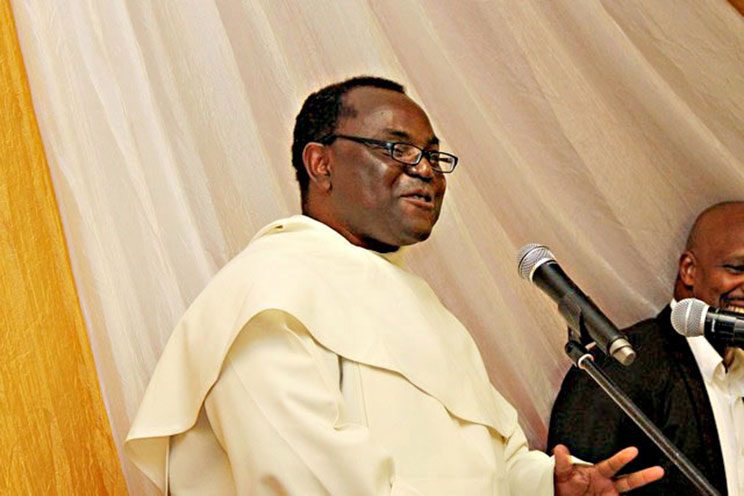 The High Court in Johannesburg made a ruling that will open up a way for thousands of sick miners to receive compensation, thanks to an intervention by the Justice & Peace Commission (J&P) of the Southern African Catholic Bishops’ Conference.

The ruling, which pertains to sick miners working in the gold mining sector, will see the workers receive compensation ranging from R50 000 to R500 000 over a period of 12 years. The role of J&P was to ensure that there are no further delays in the access to compensation for the miners.

In May last year, the gold mining companies and lawyers for the sick miners entered into an agreement designed to suspend court proceedings and provide a R1,5 billion settlement.

J&P director Fr Stan Muyebe OP said that if the court proceedings had continued, it could have protracted for another 15 years to the detriment of the sick miners.

“Many sick miners have died while awaiting the conclusion of the case.  If the case were to continue for another 15 years, we would have had a situation in which hundreds more would have died without receiving any compensation,” he pointed out.

Although the settlement agreement was made in May 2018, there were still delays in offering compensation. By December 2018, the compensation process had not yet commenced.

J&P made two interventions to ensure that there were no further delays.

The first was a submission to the High Court, stating it was a matter of moral and legal necessity that the court confirms the settlement agreement as a matter of urgency.

“In the ruling, the judges indicated that they had taken into consideration the submission, and at an informal level, they indicated to the lawyers that they appreciated the moral voice of the Church on this matter, which in turn influenced their positive decision,” Fr Muyebe explained.

The second submission was while the court was considering whether or not to confirm the settlement agreement.

An organisation made a submission asking the court to disregard the settlement agreement until such a time that their dispute with the class action attorneys is resolved.

They considered their dispute a matter that should be taken to the Constitutional Court, which meant the disputing parties would go back to court to argue their matter for possibly another ten years.

J&P intervened in the form of a mediation of disputing parties. As a result of the mediation, the parties resolved their dispute and submitted the letter to the judge as a confirmation of the resolution of their dispute.

The judges then decided to proceed with the confirmation of the compensation agreement in favour of the sick miners.

J&P is now working on justice and compensation for the sick miners in the coal-mining sector.

The test case is already in court concerning SASOL. Before the end of the year, summons will be submitted for another two or three coal mining companies.

“Since ex-miners no longer enjoy the protection of the trade unions, we have assisted the sick miners to organise themselves into social movements,” Fr Muyebe said.

“Our role has been to provide pastoral and legal accompaniment as a way to stand in solidarity with the social movements and their struggle for justice.”

In September or October, the social movements will host their mining indaba as well as demonstrations at the headquarters of various coal mining companies, “as a way to shine a light on their struggle for justice,” Fr Muyebe said.