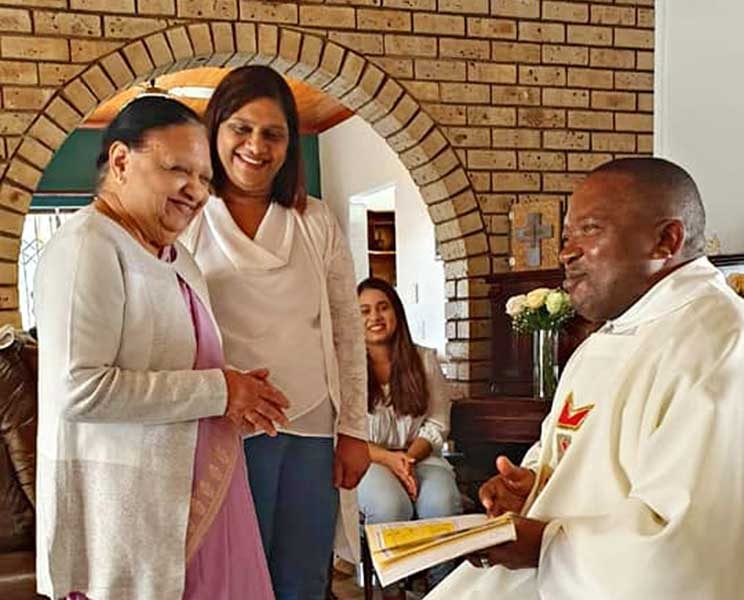 At the age of 84, Ranganayagee Moodliar converted from Hinduism to the Catholic faith. Seen here with her daughter and sponsor Pragashnie, Mrs Moodliar was baptised and received into the Church by Fr Bhkeki Shabalala CMM in Mariannhill. The new Catholic said she was inspired by her daughter’s witness as a Catholic in their home.