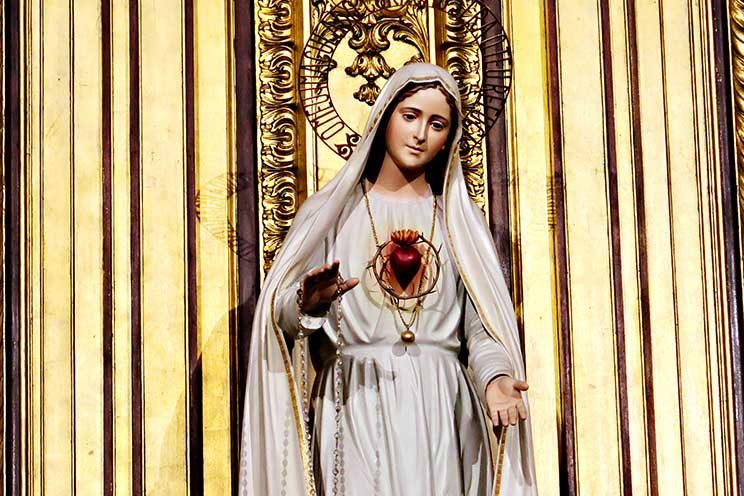 Immaculate Heart of Mary is depicted in the chapel church of the Carmelite convent of St Teresa in Coimbra, Portugal, where Fatima visionary Sr Lucia dos Santos lived most of her life. (Photo: Günther Simmermacher)

The Church has dedicated the month of August 2019 to the Immaculate Heart of Mary. Prof Michael Ogunu suggests various ways in which to make the devotion meaningful.

More in Church, Mary, Our Lady, Prof Michael Ogunu, Sin in our Lives

Ron Maroun, Johannesburg - I was deeply inspired by Fr Ralph de Hahn reflection “Why the Sacred Heart of Jesus...