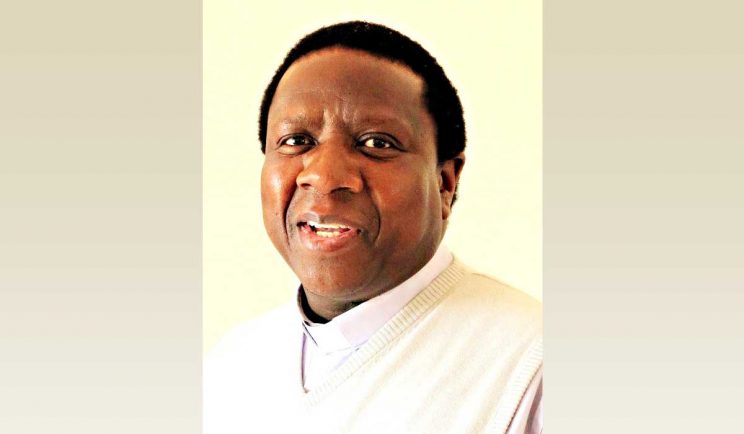 Fr Mokone Rathakoa OMI, the superior of the Oblates of Mary Immaculate’s general House in Rome.

A priest from the Free State says his appointment as the Superior of the general house of the Oblates of Mary Immaculate in Rome is an exciting opportunity for the South African Oblates to respond to the needs of the congregation and the Church at large.

Fr Mokone Joseph Rathakoa now is in charge of the Oblates’ headquarters on Rome’s Via Aurelia, just over 2km from St Peter’s basilica.

Fr Rathakoa’s responsibilities as the superior of the general house involve leading and coordinating the life of the community, facilitating communication among the three communities living on the same property, and hospitality.

“One needs to be conversant in Italian as well as have a comfortable knowledge of other languages because of the multicultural dynamic of an international congregation,” Fr Rathakoa told The Southern Cross.

Fr Rathakoa said that he was thankful to his predecessor, Fr Thomas Klosterkamp, for his guidance and smooth handover since his appointment.

Fr Neil Frank, provincial of the OMI province of Southern Africa, said that the local congregation is proud that the central government had chosen one of their brothers from South Africa.

“It is the first time we have a superior from Africa, and Fr Rathakoa’s gentle, amiable nature will be much appreciated in this international setting,” Fr Frank said.

Born in 1965 in Grieselsdam, Free State, Fr Rathakoa entered Oblate formation in 1988, professed his first vows on February 6, 1991, at Our Lady of Hope novitiate in Germiston, Johannesburg.

As a scholastic, he had his initial formation at St Joseph’s Theological Institute, Cedara, from 1990-93, and continued in Rome at the International Scholasticate from 1993-96.

After professing the final vows in December 1995, he returned to South Africa. On December 6, 1997, he was ordained a priest at his home parish of Emmaus in Botshabelo,  archdiocese of Bloemfontein.

Fr Rathakoa was then sent to Rome, to study at the Institute of Psychology of the Gregorian University, from 2000-04, to equip himself with more knowledge and the skills needed for a formator.

On his return, he worked at St Joseph’s Theological Institute from 2004-09.

After a stint as novice master at the Germiston novitiate in Germiston, in 2010-11, Fr Rathakoa’ was appointed provincial of the Oblates’ central province of South Africa. He remained in that office until the amalgamation of the three South African Oblate provinces in 2018.

He had concluded a sabbatical year when he was appointed superior of the Oblates’ general house in Rome.

“I am grateful to my home provincial, Fr Neil Frank, for the opportunities I had to live and serve in Southern Africa, and now to Fr Louis Lougen, the superior general, and his Council for giving me an obedience to serve the Oblate congregation in this position,” Fr Rathakoa said.