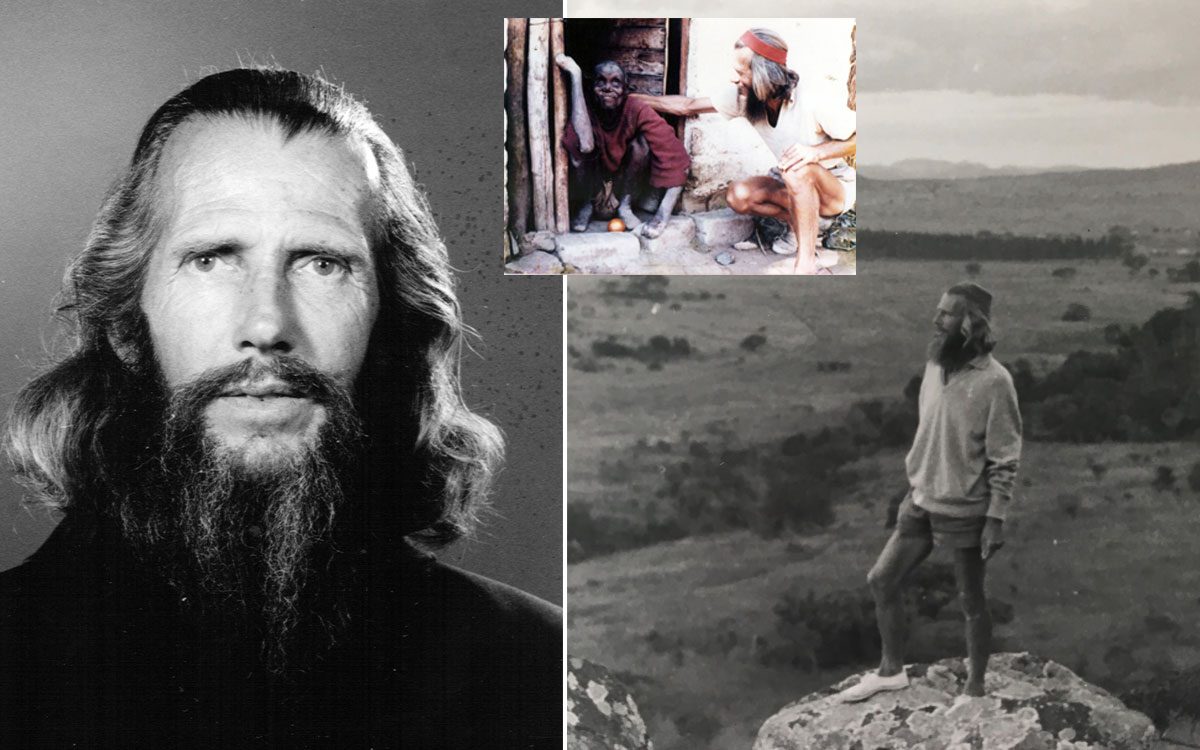 There will be much rejoicing when the archdiocese of Harare officially launches the sainthood cause for John Bradburne on September 5, the 40th anniversary of his violent death.

There are many Catholics, in southern Africa and in England especially, who have been awaiting this moment with some impatience. It cannot be said that the wait for the initiation of the cause has been inordinately long, but it might have been held up by legitimate concerns about political sensitivities surrounding the nature of Bradburne’s death at the hands of ZANU soldiers in the midst of the war for Zimbabwe’s independence.

Bradburne was a collateral victim of a nasty war. And he chose to remain in the precarious position that got him killed, ignoring warnings to seek safe shelter, because his faith called him to remain with the people he served at Mutemwa leprosy camp.

Even as his faith compelled him to face peril, his executors killed Bradburne not because of his faith, but because of the absence of Christ in their hearts.

Even as his faith compelled him to face peril, his executors killed Bradburne not because of his faith, but because of the absence of Christ in their hearts.

Technically, this might not suffice to describe Bradburne as a martyr — such a claim is less clear than it was in the cause of Bl Benedict Daswa — but a martyr by any other definition he certainly was.

To the devotees of Bradburne, the manner of his death is only part of the story. The life journey of John Bradburne, a modern pilgrimage of profound and self-sacrificing faith, is inspiring in many ways. He was a seeker, a mystic, a servant to those on the outer margins of the periphery, and so on.

His cause will join several others currently active in southern Africa. Two of those have already reached the stage of beatification: those of Bl Benedict Daswa (beatified in 2015), and the missionary Fr Joseph Gérard OMI (1988).

Others are in their early stages. These include the causes of Abbot Franz Pfanner, the founder of Mariannhill, and Domitilla Rota Hyams, founder of the Little Eden homes.

Groundwork is being done to eventually secure approval for the initiation of sainthood causes for Archbishop Denis Hurley of Durban and the murdered Stigmatine Father Michele D’Annucci of Pretoria.

Groundwork is being done to eventually secure approval for the initiation of sainthood causes for Archbishop Denis Hurley of Durban and the murdered Stigmatine Father Michele D’Annucci of Pretoria.

But sainthood causes are expensive and require great long-term dedication from those who are advancing them. Lack of capacity and resources might explain the demographic imbalance in the current candidates for the causes for canonisation.

The causes also require the demonstrable existence of what is known as a cult, that is, a strong, persistent and widespread devotion to the candidate.

This serves as a reminder that our devotions need not be limited only to those who have been canonically recognised as saints or blessed. While it is wholly commendable to invoke the existing saints in our prayers, we are likewise at liberty to ask for the intercessions of deceased people who have not been beatified or canonised. Canonisation is the Church’s official confirmation that the person in question is indeed with God — a saint. This then allows for officially-sanctioned devotions and other privileges.

Canonisation is the Church’s official confirmation that the person in question is indeed with God — a saint. This then allows for officially-sanctioned devotions and other privileges.

There is nothing, however, to preclude us from having devotions to those who have not been canonised, including John Bradburne.

Indeed, we may even call on our saintly granny or parish priest in heaven for their intercession. God will not disregard their prayers because they lack the seal of canonical recognition.

But the function of sainthood is not limited to their powers of intercession; they can also help us deepen our faith and inspire us to personal growth. The life of John Bradburne certainly provides a model of faith worthy of inspiration.

The life of John Bradburne certainly provides a model of faith worthy of inspiration.

He would be a good patron saint for those afflicted by diseases that exclude them from society; for converts to the Catholic faith; for lay Franciscans and lay missionaries; for soldiers; for poets (Bradburne is said to be history’s most prolific poet in English); for those in need of courage; and for those who persevere when they are told, “You cannot stay here.”

May the devotion to John Bradburne grow, and may the path leading to his eventual canonisation be straight and free of obstacles.