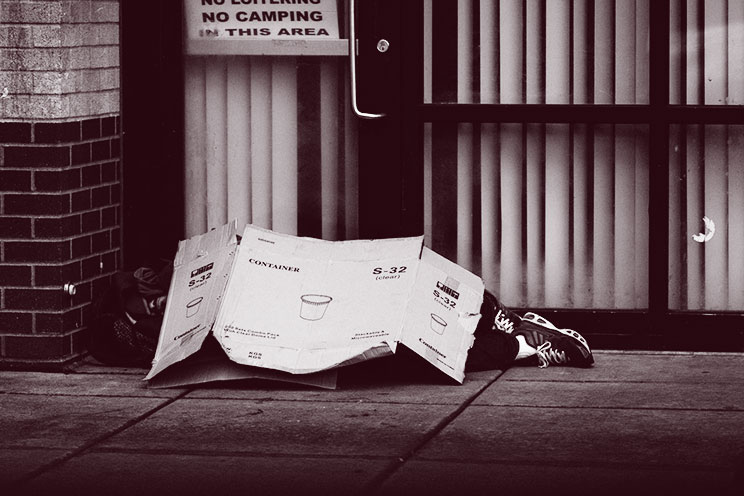 Just imagine for a moment that you have no home.

And how will you cope with being homeless tomorrow, next week, next month?

Such imaginations are distressing. Aren’t they? But let’s not allow these distressing imaginations to cause us to ignore the sad crisis facing so many children, women and men: the crisis of having no place to call home.

Instead let’s make an effort to better understand why this devastating crisis exists. And what we can do to help end it.

In its 2018 Annual Homeless Assessment Report to Congress, The U.S. Department of Housing and Urban Development (HUD) stated that on a single night in 2018, approximately 553,000 people were homeless in the United States.

The HUD number of 553,000 homeless people is considered very low by numerous homeless advocacy organizations. One reason is that HUD does not attempt to include the number of homeless persons who are temporarily staying with other people – often needing to move from one location to another.

According to the U.S. Department of Education, during the 2013-14 school year, more than 1.3 million homeless children and youth were enrolled in public schools.

But no matter how we look at it, there are definitely lots of people in the U.S. who do not have a home.

To help find out why so many people are homeless, I spoke with Annie Leomporra, grassroots analyst for The National Coalition for the Homeless . She said there are many factors that contribute to homelessness, but the most important reasons people find themselves homeless are due to the lack of affordable housing, lack of livable wage jobs, and the lack of access to general healthcare and mental healthcare.

She added, “We need affordable health care that does not keep people waiting up to six months to see a mental health care provider. Homeless people have a life span of only around 50 to 60 years. People are dying every day on the streets from treatable illnesses. Because healthcare isn’t available to all, their illnesses go unchecked.”

I also spoke with Paul Boden, director of the Western Regional Advocacy Project – a homeless advocacy organization based in San Francisco – who also emphasized the prime importance of building enough affordable housing.

Boden highlighted the fact that the mass homelessness we now have today was nonexistent prior to the early 1980s, largely due, unlike today, to the federal government’s commitment back then to appropriating much more money for large scale construction of affordable housing for low and moderate income people.

In stark contrast to today’s Congress, 70 years ago Congress passed “The Housing Act of 1949” with the objective to provide “a decent home and a suitable living environment for every American family”.

These are not give-a- ways; these are God-given human rights.

And let’s be mindful that homeless people are persons, human beings like you and me who deserve and need our kindness.

In the spirit of the Beatitudes: “Blessed are those who help the homeless, for they shall find a home in heaven.”