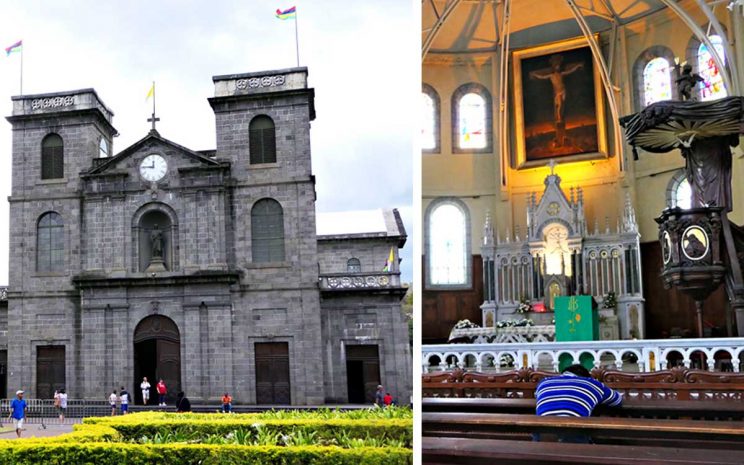 Pilgrims pray inside St Louis cathedral in Port Louis, the exterior of which is seen on the left. It was rebuilt in the early 1800s after a succession of predecessor churches, dating back to the 1750s, were destroyed in cyclones or collapsed for other reasons.

This month, a group of pilgrims set out to see Pope Francis in Mauritius, led by Fr Russell Pollitt SJ. The tour was headlined by The Southern Cross, Radio Veritas and Spotlight.Africa.
It was a journey of many graces, some unexpected. The pilgrims joined 100 000 people at the papal Mass on a hill overlooking Port Louis, saw the city’s historic Catholic sites, prayed at the shrine of the island’s apostle Bl Jacques-Désiré Laval, received the Eucharist at Mass, had a retreat on the beach led by Fr Pollitt—and had time for the relaxation and activities offered in the resort where they stayed.