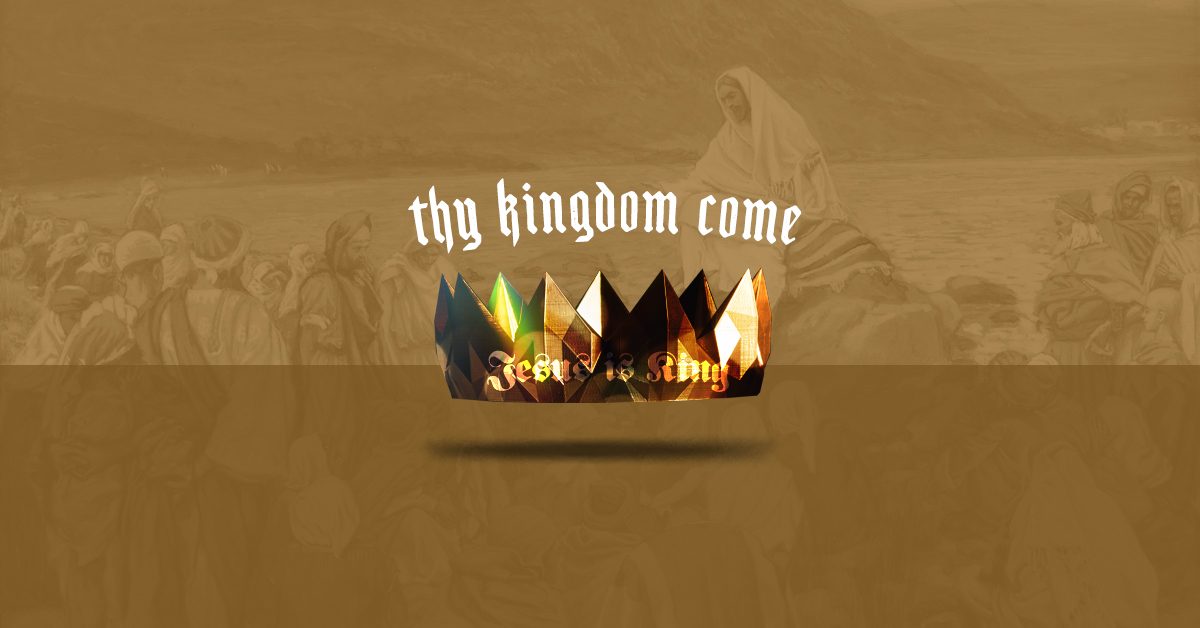 When we pray Christianity’s most important single prayer – The Our Father – do we really attempt to understand and meditate upon the challenge of its words – especially “thy kingdom come”?

What is this kingdom of God that we are asking the Father to bring forth upon the earth? And what part do we play?

To put it in Jesus’ words, “What is the kingdom of God like? To what can I compare it? It is like a mustard seed that a person took and planted in the garden. When it was fully grown, it became a large bush and ‘the birds of the sky dwelt in its branches.’ ”

Giving us another example, Jesus added, “It is like yeast that a woman took and mixed [in] with three measures of wheat flour until the whole batch of dough was leavened.”

The kingdom of God continues to grow large from tiny beginnings like a little mustard seed which becomes a shrub that may reach nine feet high. And a small bit of yeast which stimulates the dough to expand several times its original size.

Therefore, we don’t need to be rich and powerful people to build up God’s kingdom.

But entering in, living in, and labouring to advance the unfolding kingdom of God takes much prayer and great effort on our part. However, we should not be discouraged facing such a huge and difficult task.

A complimentary Chinese proverb encouragingly puts it this way: “A journey of a thousand miles begins with a single step.” A great accomplishment, an ambitious goal does not come about easily. It requires much effort. But over the course of time the goal can be reached.

But it will never happen if there is no effort to get started. It will never be accomplished if the first step is not taken. But it is encouraging to know that the great accomplishment, the ambitious goal – the journey of a thousand miles – only takes one step to begin.

The greatest accomplishment, the most ambitious goal that we can pursue, is doing our best to enter evermore deeply into the kingdom of God and advance its wonderful presence in our wounded world.

From abortion to war – and the arms industry which feeds it – from poverty to sickness, from human trafficking to child labour, from homeless people on our streets to fleeing refugees at our borders, from pollution to climate change, from corporate greed to militaristic nationalism countless fellow human beings are enduring tremendous suffering in a world that is largely indifferent to their cries.

But contrary to this indifference, those of us desiring to live in the kingdom of God need to be growing in the fruits of his Holy Spirit – love, joy, peace, patience, kindness, generosity, faithfulness, gentleness, self-control – and to actively use these fruits to end the suffering of our heavy burdened brothers and sisters. And we need to tirelessly work to transform the structures of sin – as St. Pope John Paul II called them – which exist in our culture, government and corporations into structures aiding the building up of God’s kingdom.

Our self-centred kingdoms must go, so that God’s kingdom may grow.

At Sunday Mass and every other time we say the Our Father, may we pray with an ever-fresh compelling desire: “thy kingdom come!”