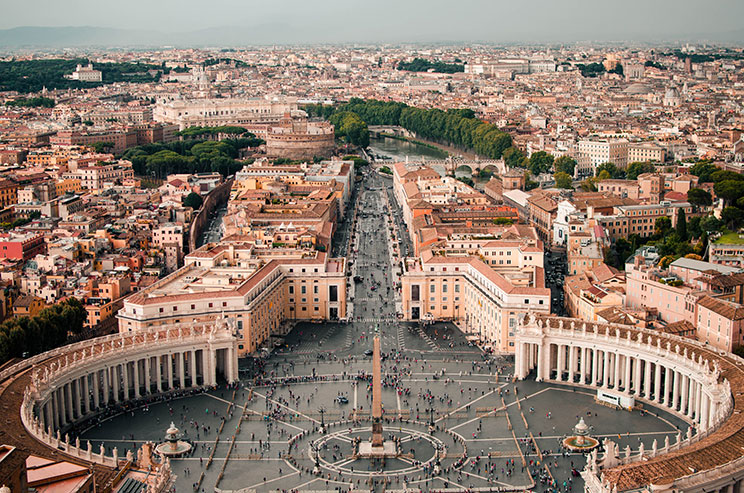 John Bellocchio, 37, who claims former Cardinal Theodore E. McCarrick abused him when he was a teenager, announced at a news conference he is suing the Vatican and demanding “sweeping child protection changes.”

He filed the suit in the U.S. District Court for the Southern District of New York. Ordained a priest for the Archdiocese of New York in 1958, McCarrick was named an auxiliary bishop of the archdiocese in 1977.

A week earlier, Bellocchio, who is represented by Minnesota attorney Jeff Anderson, filed a lawsuit in New Jersey against McCarrick, who was archbishop of Newark, New Jersey, from 1986 to 2000. The suit also names the Archdiocese of Newark as a defendant.

Bellocchio alleges Vatican officials were aware of McCarrick’s behaviour over his more than 60 years as a cleric and yet continued to promote him as a church leader. He took the legal action under the New York Child Victims Act and the New Jersey Victim’s Rights Bill, both of which are new laws lifting the statute of limitations on sex abuse.

McCarrick – who was removed from the clerical state in February of this year following a Vatican trial into charges of abuse levied against him – became bishop of the Diocese of Metuchen, New Jersey, in 1981. From 1986 to 2000, he was archbishop of Newark. He became a cardinal in February 2001 and served as archbishop of Washington from 2001 to 2006.

The Vatican may publish what it knows about the ascent to power of now-disgraced former prelate by Christmas, or perhaps the New Year.

At the New York news conference, Anderson, who has filed other lawsuits against the Vatican on behalf of the abuse survivors he represents, said “the origin” of the abuse problem in the Vatican. He accused members of the hierarchy of refusing “to come clean and to protect those that need to be protected.”

He and Bellocchio seek “to change the practices and protocols” used by Pope Francis and his predecessors, Pope Benedict XVI, St. John Paul II “and those that preceded them.”

Bellocchio alleges McCarrick sexually assaulted him when he was 14 and then-Archbishop McCarrick was visiting Bellocchio’s parish in Hackensack, New Jersey.

Earlier this year in St. Paul, Minnesota, Anderson announced May 14 that he was suing the Vatican on behalf of five sexual abuse survivors he represents. Similarly, they are seeking names of clergy sexual abuse offenders worldwide and the names of church leaders who have been involved in abuse cover-up.

In October 2018, he announced a suit in California against the Vatican, but he has since dropped that suit.

In 2002, his firm, Anderson &  Associates, sued the Vatican over abuse, but the suit was unsuccessful.

In May of this year, when he announced the lawsuit on behalf of five victims, he told reporters he was confident this suit could have a different outcome because his body of evidence demonstrates “all roads lead to Rome.”