Epiphany of the Lord Reflection 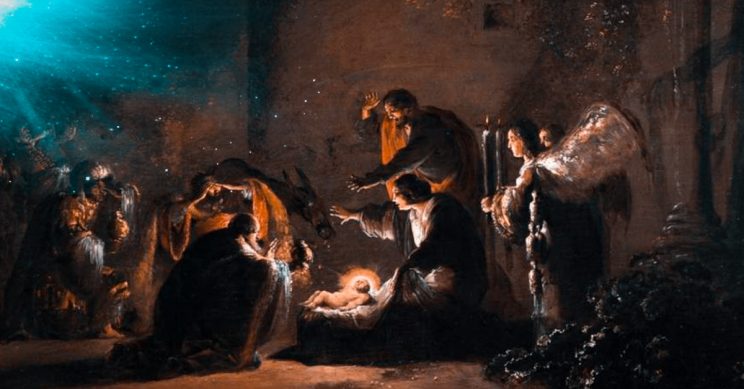 Franciscans have a long history of standing at the exits, standing in that gap between us and them, the periphery of things that can become quite messy, especially for those who crave control and order. The many Franciscan martyrs give evidence to this very essence of a Franciscan vocation. Our seraphic father, St Francis, showed us this way when he entered into the world of the Sultan in Egypt, the door of a world view foreign and exotic. It is only within this humble and respectful stance that Francis could bring the Sultan to gaze through the window towards a different vista and another Way.

In today’s feast of the epiphany, it is from the East that the Jesus event is recognised and that Christ is revealed to the world. Beyond those forgotten gifts of presence and acknowledgement, there are further gifts laid at the feet of the Godchild; gifts signifying wisdom, holy speech, and humility. These are the gifts offered by Zoroastrians, Persians and Medes, astrologers, dream interpreters, and mystics. Such a bunch arriving in the Vatican gardens today would be greeted by horror, disdain and angry condemnation.

I think that many Christians are quite happy to see the back end of this group of people, returning to their “own country”. But if we look more closely at their gifts presented to Jesus the Christ child, we can find how these can become gifts for us today also. It is in the nurturing of this same humility that we come to acknowledge that we do not have all the answers.

We live in a world filled with mystery and paradox. Life, death, love, suffering and time itself, move within our consciousness without having any apparent need for our cooperation, classification or consent. Our articulation and attempts at manipulations of these realities often appear like comical two-dimensional Bob trying to capture and explain a sunset of a multidimensional universe.

This desire for control is at the root of fear that fuels our angry paranoia and our appetite for bad news. When paranoia grips our leaders it is like creeping pandemic that quickly consumes every strand of daily life. So it was at the time of Herod whose paranoia had spread to the population of Jerusalem. So it is also today when fear and paranoia is spreading in so many countries around the world, wherever power structures use this paranoia and fear to uphold outdated and unjust systems.

This is the antithesis of the joy of the gospel of Jesus Christ that has at its heart a call to metanoia, the opposite of paranoia.

It was the late theologian, Karl Rahner who wrote in, “Concern for the Church”, that “the Christian of the future will be a mystic or [they] will not exist at all.” In 1965 the Jesuit predicted that in the not-too-distant future Christianity will become marginalized, in many parts of the world would face persecution or at least the loss of social prestige, that “there will be no earthly advantage in being a Christian,” and that faith will be a matter of personal conviction rather than institutional affiliation.

Humpty Dumpty has indeed fallen off the wall and the old models of authoritarian, imperial and patriarchal structures are becoming more and more irrelevant. Beyond the fear-driven dogmas, there is an urgent movement towards the attraction of Love. The heavy burdens placed on the shoulders of the people have for too long been used by forces who are invested in maintaining control and the status quo with all its accompanying pompous injustice. How are we to find our way to that abundant life promised by Jesus among all the angry arguments, accusations, threats, and denials?

If you have ever undertaken an obeisance, face flat in the dust, you will understand how self-importance and dignity naturally give way to the importance of the “other”. It is most certainly at the heart of the practice of “presence and acknowledgement”. The many pilgrims who undertake such a journey at Fatima and Jasna Góra often attest to a “movement of the heart” that transcends such acts of penance and humility. Crawling on hands and knees like a child around the Altar of the Black Madonna moved my heart also.

The contemplative way of the mystic life reflects this type of journey. It is a journey undertaken in response to a call and the touch of “the other”, which emanates from the inner depths of our being. To recognise ourselves also as a word of God that has been spoken by the “Word of God”.  Incarnated in the Jesus event, we come to recognise the sacred nature of all creation. It is from this recognition that compassion, mercy, and forgiveness that were taught by Jesus as “The Way”, becomes the surprising reality.

In the life, death and resurrection of Jesus as man, God, King, and priest made manifest, lies our hope of sharing in that resurrected life. This is our shared faith as a Church of hope making Jesus known to the world. This is our Truth in the relationship with Jesus. This is our light that dispels darkness, fear, indifference, and despair.

How does this revelation of Love Incarnated change my view of reality, my relationship with others, my way of being in the world? What are the gifts that you and I, that each one of us, men and women of goodwill, people of joy and light bring into our communion with Christ and each other?