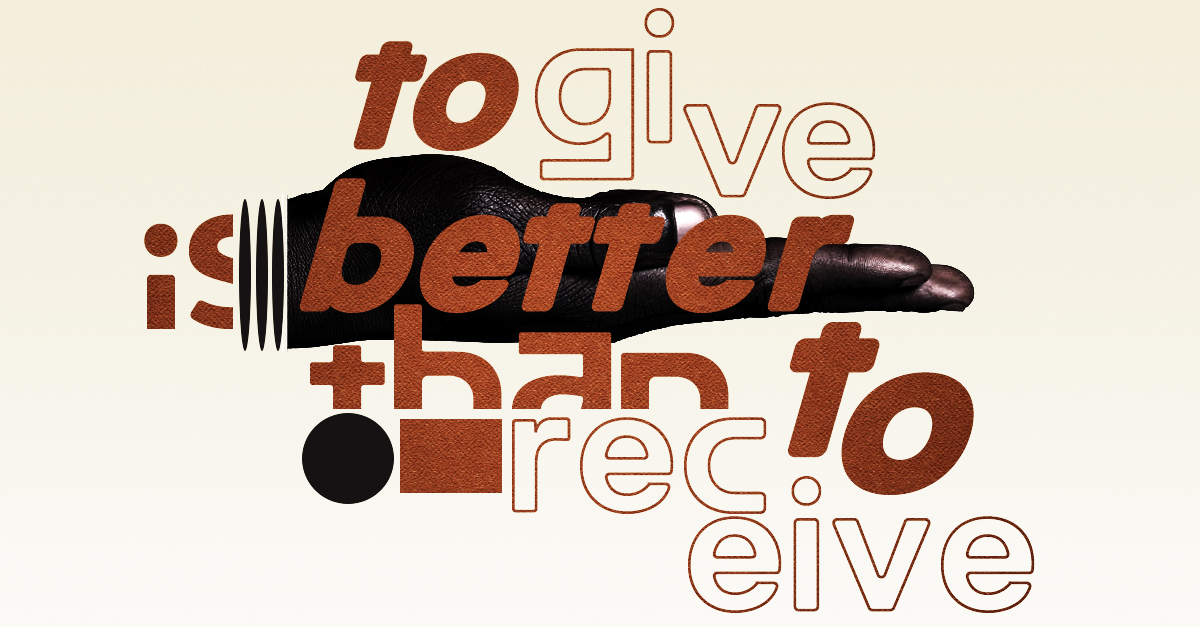 Is there any question that almsgiving is the under-practiced, under-encouraged Lenten discipline when compared with prayer and fasting? In this magazine’s 110-year-old archives, a search for the terms prayer and fasting in the titles of published articles brought up thousands of examples. A similar query for almsgiving yielded a meager two results.

Resources and encouragement abound for new and creative ways to immerse ourselves more deeply in prayer during this season of penance. And while it may be true that fasting requirements have been relaxed in both church law and daily practice in recent decades, one can still find pockets of resurgence of the ascetic practice (even amid a more secular world that is discovering the health and productivity benefits of intermittent fasting and Dry January).

Perhaps Catholics might redouble their efforts to give alms this Lent and to reflect in greater depth on the spiritual benefits the practice can bring.

Scripture is replete with instructions to give to the poor: “Almsgiving delivers from death and keeps one from entering into Darkness,” Tobit tells us. Sirach commands: “Do not grieve the hungry, nor anger the needy. Do not aggravate a heart already angry, nor delay giving to the needy. A beggar’s request do not reject; do not turn your face away from the poor.” “Give alms,” Jesus tells us, and we will build up “inexhaustible treasure in heaven that no thief can reach nor moth destroy.”

Charity and almsgiving should be part of regular Christian practice. But during Lent we are called to do more. Many are willing to increase their charitable giving in December, presumably for tax benefits. Should not our annual call to conversion inspire at least as much of an increase?

All the better if the alms that we give come from money saved by giving up forms of amusement or self-gratification. Catholics might ask themselves: Is there a streaming service that I could do without for these 40 days? If meat is common in my diet, could I opt instead for less-expensive vegetable substitutes? Is there a concert, a movie or a sporting event that I could forgo?

In truth, many people in this country already go without these luxuries in order to provide for basic necessities. A healthy stock market is little comfort to the 40% of Americans who do not have savings to cover a $400 emergency expense. Lent is a time for Catholics not only to pray for those in need but also to give alms and help alleviate the suffering of the poor.