Lack of Faith Can Impact Validity of Marriage 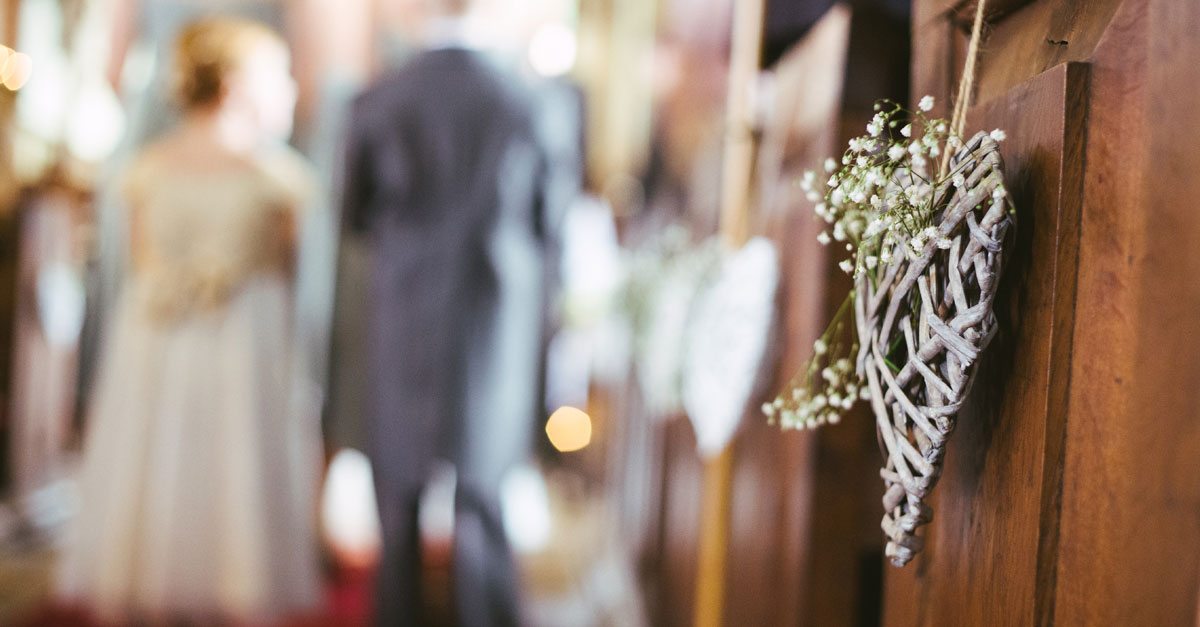 By Cindy Wooden – A lack of faith and a misunderstanding of marriage can mean no sacramental marriage occurred, even if both the husband and wife had been baptised, said a new document.

The International Theological Commission, whose members are appointed by the pope, wrote the document in response to questions repeatedly raised since the 1970s and addressed by St. John Paul II, Pope Benedict XVI and Pope Francis.

“The existence today of ‘baptised nonbelievers’ raises a new theological problem and a grave pastoral dilemma, especially when the lack of, or rather the rejection of, the faith seems clear,” the document said.

In the document, “The Reciprocity Between Faith and Sacraments in the Sacramental Economy,” members of the theological commission did not claim to resolve completely the question of the validity of sacramental marriages in the absence of faith, but they did insist that much greater care must be taken to educate Catholics in the meaning of faith, the significance of the sacraments and the meaning of marriage.

The document was approved by Cardinal Luis Ladaria, prefect of the Congregation for the Doctrine of the Faith, and its publication in early March was authorized by Pope Francis.

The “reciprocity” in the document’s title refers to Catholic teaching that a person must have a degree of faith to validly receive the sacraments, but also that the sacraments strengthen and enrich faith.

The document did not focus only on matrimony; it also looked at the relationship between faith and the sacraments of baptism, confirmation and the Eucharist, and noted that, obviously, complete or perfect faith is never requested for sacramental validity. Faith is something that is meant to grow.

But, at the same time, the document said, “the absence of personal faith compromises the validity of the sacrament.”

The question of validity has a practical impact on decisions of marriage tribunals when they are asked to grant a decree of nullity of a marriage. But, quoting Pope Francis and his predecessors, the document also noted another practical impact of the faith-sacrament relationship, which is the strength, love and commitment that sacramental grace gives a couple to live their vows.

The situations in which validity is called into question because of a lack of faith are limited, although increasing, the document said. It referred specifically to the marriages of “baptised nonbelievers,” a term first used by the theological commission in 1977.

“This category includes two types of people,” the document said: “Those who received baptism in infancy, but subsequently, for whatever reason, have not come to perform a personal act of faith involving their understanding and their will”; and “those baptised persons who consciously deny the faith explicitly and do not consider themselves to be Catholic or Christian believers.”

Reviewing papal reaction to the problem, the document said Pope Benedict XVI insisted that, as a “minimum condition” for validity, the couple have “the intention to do what the church does” in the sacrament, which is to promise the man and woman to each other for life, in fidelity and with openness to having children.

In updating rules for marriage tribunals in 2015, the commission noted, Pope Francis formally acknowledged that “the defect of faith” can be a motive for nullity.

Still, the document said, “as in every sacrament, in marriage there is a transmission of the grace of Christ. This grace is not due to the faith of the ministers,” which in the Latin-rite of the Catholic Church are the spouses, “but is a gift of Christ, who is actively present in the conjugal covenant, and of the Holy Spirit.”

While not definitively settling the question, members of the theological commission did reject “two extremes”:

— “On the one hand, we reject an absolute sacramental automatism, which holds that every marriage between the baptized would be a sacrament, either through the presence of a minimal faith linked to the ‘character’ of baptism or through the intervention of Christ and the church presupposed by baptism.”

— “On the other hand, we reject an elitist sacramental skepticism that holds that any degree of absence of faith would vitiate the intention and thus invalidate the sacrament.”

The commission document concluded that priests should not accept the request for a church wedding made by “baptised nonbelievers,” who clearly reject church teaching about the indissolubility and purpose of marriage.