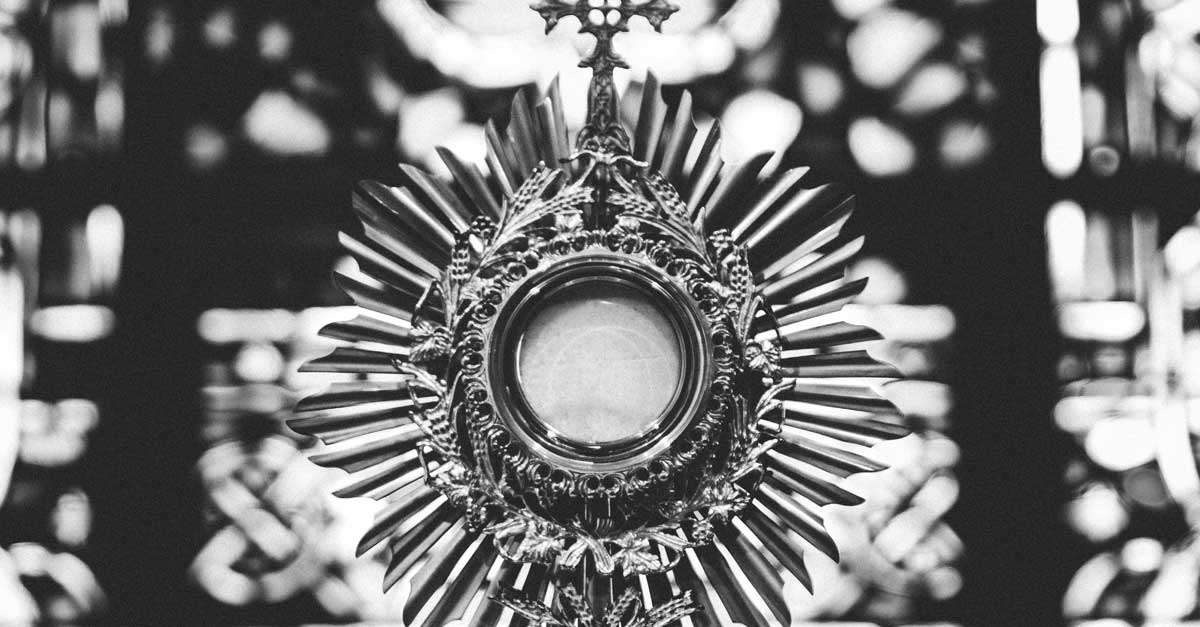 By Josephine von Dohlen  – A 5-foot-tall monstrance stood on an altar outside the doors of St. Andrew Apostle School in Silver Spring, Maryland, just outside of Washington.

In light of the coronavirus pandemic and the Centers for Disease Control and Prevention’s recommended 6-foot distance guidelines for individuals, this drive-in eucharistic adoration allowed for dozens to adore the Blessed Sacrament in the safest way possible.

“It was really powerful,” said Father Dan Leary, pastor at St. Andrew Apostle. “People were so deeply touched by the reality of it.”
The idea, he said, came from the suggestions of many parishioners as well as ideas from the Archdiocese of Washington.
“It was well done and well-organized,” Father Leary said. “I was really pleased with the way it came together.”

Since Washington Archbishop Wilton D. Gregory announced March 12 that the archdiocese would suspend public Masses and close archdiocesan schools beginning March 14 and March 16, respectively, priests throughout the Archdiocese of Washington began to get creative in bringing the sacraments to their communities in a safe way.

“There’s a very beautiful paradox taking place,” Father Leary said. “There’s a contradiction in people’s lives in the fact that they’re starting to realize what they don’t have. The absence is creating a longing for presence. What God is allowing is this divine encounter of love.

“He’s turning the hearts and eyes of the people back to Him,” he told the Catholic Standard, newspaper of the Archdiocese of Washington.

In this time away from frequent sacraments such as daily Mass, Father Leary reassured his parish in an email message that grace is still available to them.

“I believe this loss will be a tremendous source of grace and strength for you during these next few weeks,” he wrote. “It is no accident that we are being asked to make this eucharistic sacrifice during Lent. We are being asked to go into the desert, in a sense, where we will be ‘parched’ and will long for Christ’s body and blood in a way that we perhaps have not felt before. How good God is to allow this time of grace.”

The parish of St. Andrew Apostle also plans to set up a calendar for members to sign up for holy hours around the clock from their own homes.
Future drive-in eucharistic adoration Holy Hours may be scheduled at various parishes throughout the Archdiocese of Washington.
– – –

Catholic Tertiary Student Heads Called on to be ‘Servant-Leaders’