Pope Prays For People In Financial Difficulty Because Of Pandemic 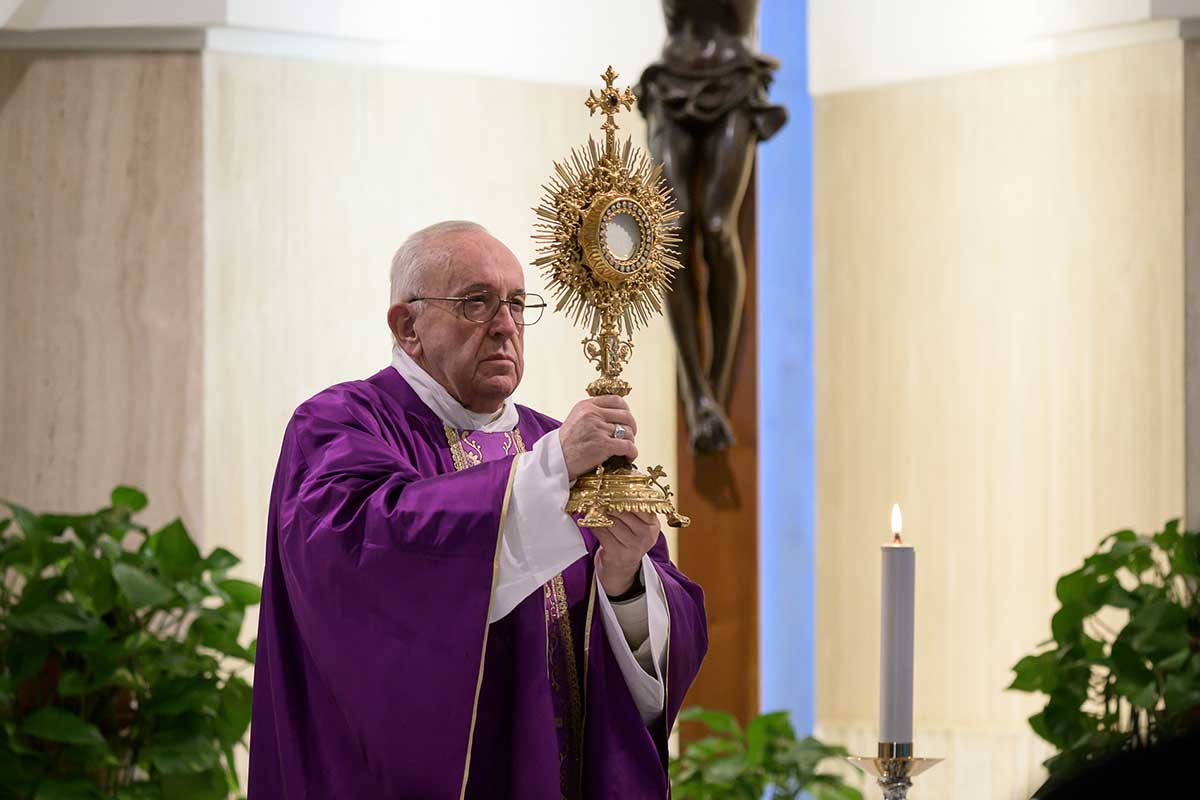 Pope Francis holds the monstrance during eucharistic benediction at the end of his morning Mass in the chapel of the Domus Sanctae Marthae at the Vatican. (CNS photo/Vatican Media)

By Carol Glatz  –  Pope Francis offered prayers for everyone, particularly families, facing financial difficulties because of the pandemic.

“Let us pray today for people who are beginning to experience economic problems because they cannot work due to the pandemic, and all of this falls on the family,” he said at the start of Mass.

Nearly 25 million jobs may be lost worldwide due to COVID-19, the International Labor Organisation estimated in a preliminary assessment report.   However, the impact on employment could be lower if there is an internationally coordinated policy response, similar to what happened during the global financial crisis of 2008, it said.

During his live streamed morning Mass, the pope reflected on what true prayer requires.

Many times prayer can just be a mere habit of reciting a series of words, he said in his homily.

But authentic prayer comes from a heart filled with faith, he said.

“Let us be careful during prayer to not fall into a habit without an awareness that the Lord is there, that I am speaking with the Lord and that he is able to solve the problem,” the pope said.

The second thing needed is perseverance, he said.

Some people may pray, but the graces are not received because “they don’t have this perseverance, because deep down they are not in need or they don’t have faith.”

If God is not answering one’s prayers, there is a reason, the pope said. “He is doing it for our own good so that we take it seriously, take prayer seriously” and be more firmly rooted in faith, not just in parroting words.

“The third thing God wants in prayer is courage,” he said, the courage to keep praying and sometimes arguing with God, like Moses, who stood up for his people against God’s desire to strike them down for their sins.

“These days, it is necessary to pray, to pray more” and to pray with perseverance, courage and the faith that the Lord can intervene, he said.