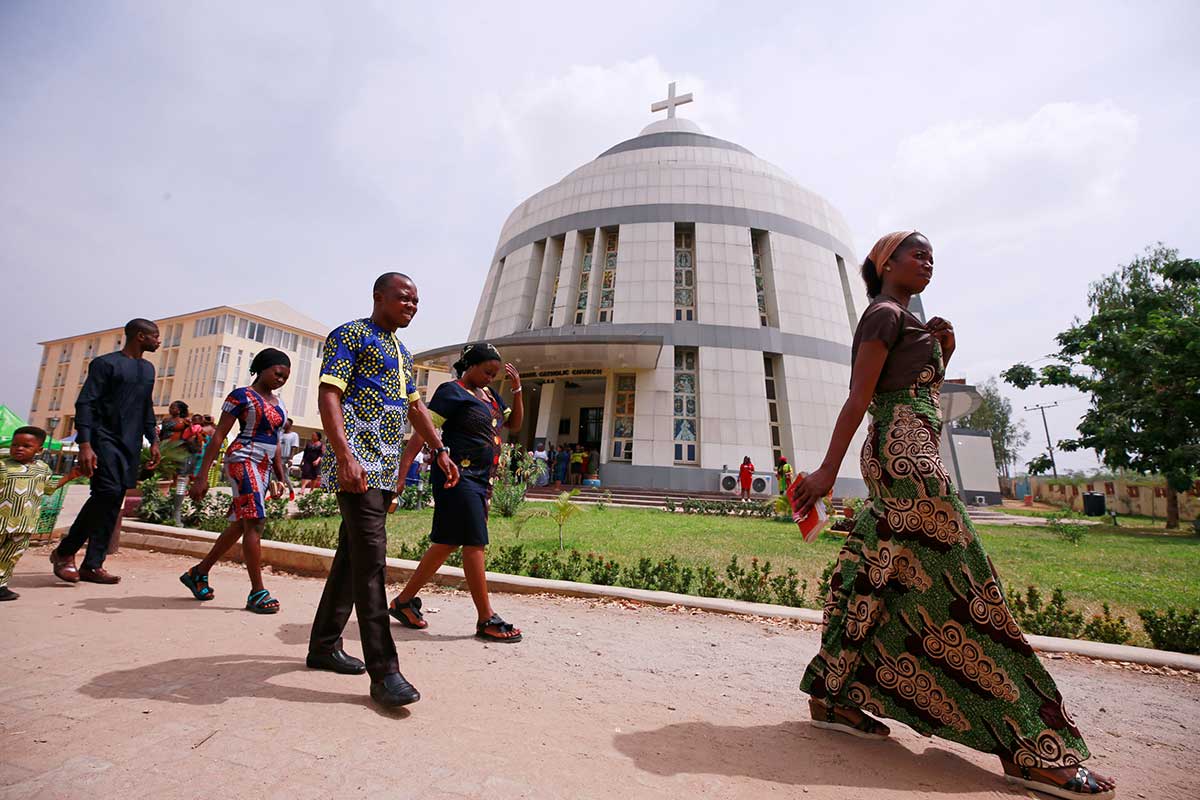 By Bronwen Dachs – Africa’s informal settlements, where running water is scarce, make for a “perfect storm” as COVID-19 spreads through the continent, said a prominent South African Jesuit.

In these crowded settlements on the edges of Africa’s cities, taps with running water are shared by many shacks and so people “can’t keep washing their hands as we’re being told to, and they certainly can’t afford sanitiser,” said Father Russell Pollitt, director of the Jesuit Institute in Johannesburg.

Infections will “spread like wildfire” if they reach urban informal settlements, Father Pollitt said, noting that the church should “use everything at our disposal” to stop the spread.

The number of cases in South Africa reached 402 March 23. The first case was announced March 5.

Throughout Africa, the church is “expert at using vernacular languages, and that’s what we need now to get information to people,” Father Pollitt told Catholic News Service.

To get around possible data shortages in informal settlements, the church could send bulk text messages “with accurate, truthful information” to people’s mobile phones in their own languages, Father Pollitt said.

In Kiambiu, an informal settlement in Kenya’s capital, Nairobi, Halima Salim told CNS the government-recommended sanitisers are yet to reach the slum’s 50,000 residents.

“You talk of washing of hands constantly as a condition to battle the deadly outbreak,” but “here this is impossible as water is such a rare commodity,” she said. “How, then, are we supposed to confront this pandemic effectively?”

In Congo, where more than 2,200 people died in a recent Ebola outbreak, the bishops have suspended public Masses in line with government instructions.

“For the moment, the coronavirus isn’t on the scale of Ebola – but it poses the same threat to our national health,” said Msgr. Donatien Nshole Babula, secretary-general of the Congolese bishops’ conference.

“While the church will do everything to help, the challenges are enormous, particularly when efforts to raise awareness of the dangers seem to be having no effect,” he said in a March 22 interview.

“The proximity of people in big cities” is now a more “immediate problem” than armed conflict, Father Nshole said, noting concern that government-imposed measures including a ban on gatherings of more than 20 people were being ignored.

COVID-19 poses “the same grave dangers” as Ebola, especially in the capital Kinshasa, where people appear to be “taking no notice of appeals” for self-isolation, he said.

Congo’s Platform of Religious Confessions March 20 expressed regret that the virus arrived just as Congo’s 2018 Ebola outbreak was declared over by the World Health Organization.

In Ivory Coast, the density of population in the capital, Abidjan, and scarcity of infrastructure put “huge numbers of people” in the West African country at risk of contracting COVID-19, Father Emmanuel Wohi Nin, general secretary of the bishops’ conference in Ivory Coast, said March 22 .

“There are real dangers health conditions will rapidly deteriorate, allowing other diseases to spread as well,” he said.

After Ivory Coast has “regained some stability after conflicts, floods and economic dislocations, we now face yet another crisis,” he added.

In Burkina Faso, the bishops urged strict observance of government directives and said the church would “assume its responsibility for protecting the people of God.” Similar calls were made by the bishops in Chad, Cameroon, Benin, Gabon and Niger, which became the 36th of Africa’s 54 countries to register cases of the virus March 21.

In Togo, where conditions are tense after disputed Feb. 22 elections, the bishops said Masses could continue with limits on numbers and strict sanitary precautions.

“Even if our countries seem less affected today than others, no country, town or population is sheltered, in reality,” the Togolese bishops said.

In the Republic of Congo, the bishops’ conference said “the coronavirus is every bit as dangerous as Ebola — and it is important each of us participates at his own level in countering the pandemic.”

In Ghana, where the bishops ordered the suspension of Sunday Masses in its 19 dioceses for four weeks, publication of the national Catholic weekly, The Catholic Standard, has been stopped, because it is sold in churches.

“The doors of your parish churches remain open for private prayer and eucharistic adoration while observing the directive on social distancing,” Archbishop John Bonaventure Kwofie of Accra said in a pastoral letter to the archdiocese’s 300,000 Catholics.

In Nairobi, more than 20 church leaders held a televised prayer meeting at State House, the president’s official residence, March 21. President Uhuru Kenyatta and the clerics kept one meter from each other during the service.

While adherence to sanitary requirements is nonnegotiable, “churches and other places of worship should remain open,” the Kenyan bishops said in a statement.

“When we panic, we can no longer think properly, and we can make bad decisions,” he said in a statement after the island country’s first death from COVID-19 March 21.

The church in South Africa will not consider any new applications of missionaries from coronavirus-affected countries in Europe until the government-declared state of disaster is over, said Archbishop Buti Tlhagale of Johannesburg.

Everyone needs to heed the calls to reduce the spread of the coronavirus, he said in a March 17 video recording, noting that this “is a moral obligation to save lives.”

St. John Vianney Seminary in Pretoria closed in mid-March along with South African schools and universities. Seminaries in Zambia and other countries in the region have also temporarily shut.

The Symposium of Episcopal Conferences of Africa and Madagascar, known as SECAM, published a prayer for the “cure of the sick, eternal life for the dead, and consolation for stricken families,” as well as for “rapid discovery of an effective treatment” for the virus.

In East Africa, swarms of locusts have destroyed crops and pasture for livestock since December, but “all the focus appears to be on the virus. There is less and less attention on the locust crisis,” James Galgalo, director of Caritas in Kenya’s Isiolo Diocese, told CNS. “Both have an impact on the people’s food security,” he said, noting that the closing of borders means that imports of pest eliminators may be blocked.