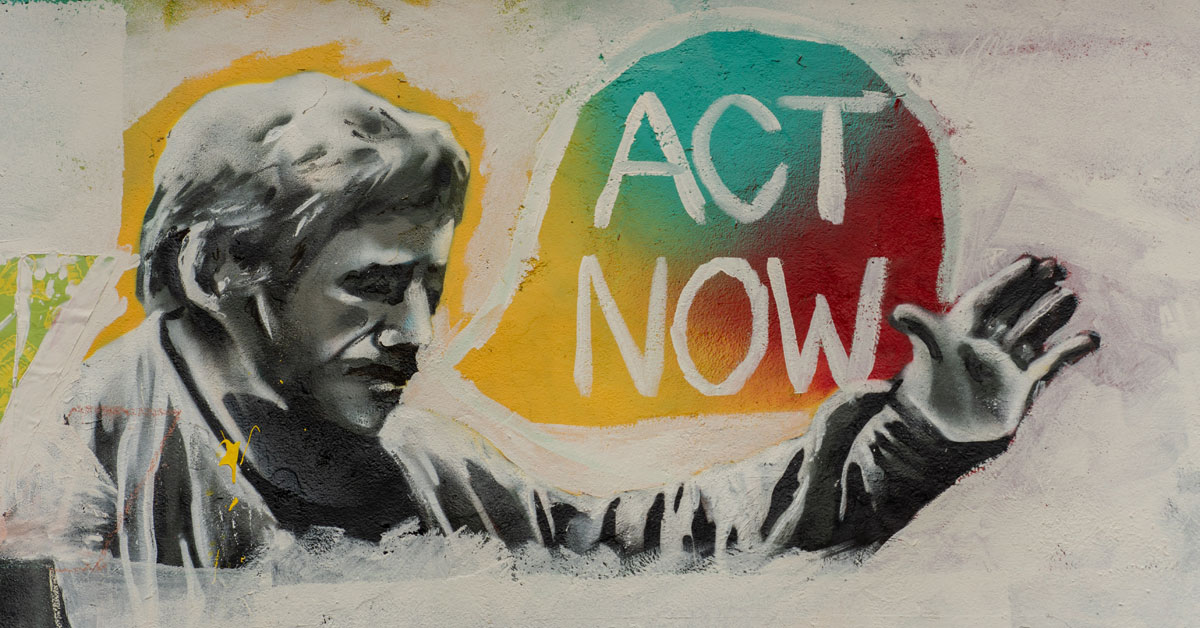 Even now, as the coronavirus (Covid-19) continues to attack humanity, so many human beings continue to fight each other.

Challenging this terrible reality, U.N. Secretary-General Antonio Guterres issued a heartfelt appeal for a global ceasefire. Inspiringly he said, “Our world faces a common enemy: COVID-19. The virus does not care about nationality or ethnicity, faction or faith. It attacks all, relentlessly.

“Meanwhile, armed conflict rages on around the world. The most vulnerable – women and children, people with disabilities, the marginalised and the displaced – pay the highest price. They are also at the highest risk of suffering devastating losses from COVID-19. Let’s not forget that in war-ravaged countries, health systems have collapsed. …

“It is time to put armed conflict on lockdown and focus together on the true fight of our lives.”

Then in prophetic-like speech, Guterres boldly declared, “To warring parties, I say: Pull back from hostilities. Put aside mistrust and animosity. Silence the guns; stop the artillery; end the airstrikes.”

He pleaded, “End the sickness of war and fight the disease that is ravaging our world. It starts by stopping the fighting everywhere. Now. That is what our human family needs, now more than ever”

Endorsing the Secretary-General’s appeal Pope Francis said, “I join all those that have listened to this appeal and I invite all to follow it up, halting all forms of warlike hostility.”

The Holy Father added that he hoped that the joint commitment against the coronavirus pandemic, would help all of us to recognize our need to strengthen fraternal bonds as members of one human family. In particular, “may it awaken in nations’ leaders and other parties involved a renewed commitment to overcome rivalries.

Then in prophetic boldness Pope Francis declared: “Conflicts aren’t resolved through war! It is necessary to overcome antagonisms and oppositions through dialogue and a constructive search for peace.”

In addition to praying for peace, we also need to tirelessly urge our political and corporate leaders to end the fighting and stop fueling wars.

Many governments are involved in armed conflicts. In its “war on terrorism” the U.S. is fighting or preparing to fight in 80 countries.

And countries like Russia, China, Italy, France, Germany, U.K., Israel – with the U.S. leading the way – are sinfully fueling the estimated 70 conflicts with death-dealing weapons. Highly lucrative American corporations like Lockheed Martin, Boeing, Raytheon, Northrop Grumman, and General Dynamics, along with U.K.’s BAE Systems are the six largest arms manufacturers in the world.

Pope Francis teaches us that it is an absurd contradiction to speak of peace while also permitting or promoting the arms trade .

Furthermore, war and the arms trade are robbing money that could be used to fight the coronavirus and other human needs.

In his Easter Vigil homily, Pope Francis reminded us that we are all brothers and sisters, and that we should be singing the song of life! He pleaded: “Let us silence the cries of death, no more wars! May we stop the production and trade of weapons, since we need bread, not guns.”

So, please kindly help Catholic Relief Services protect and aid some of our poorest brothers and sisters against the coronavirus.