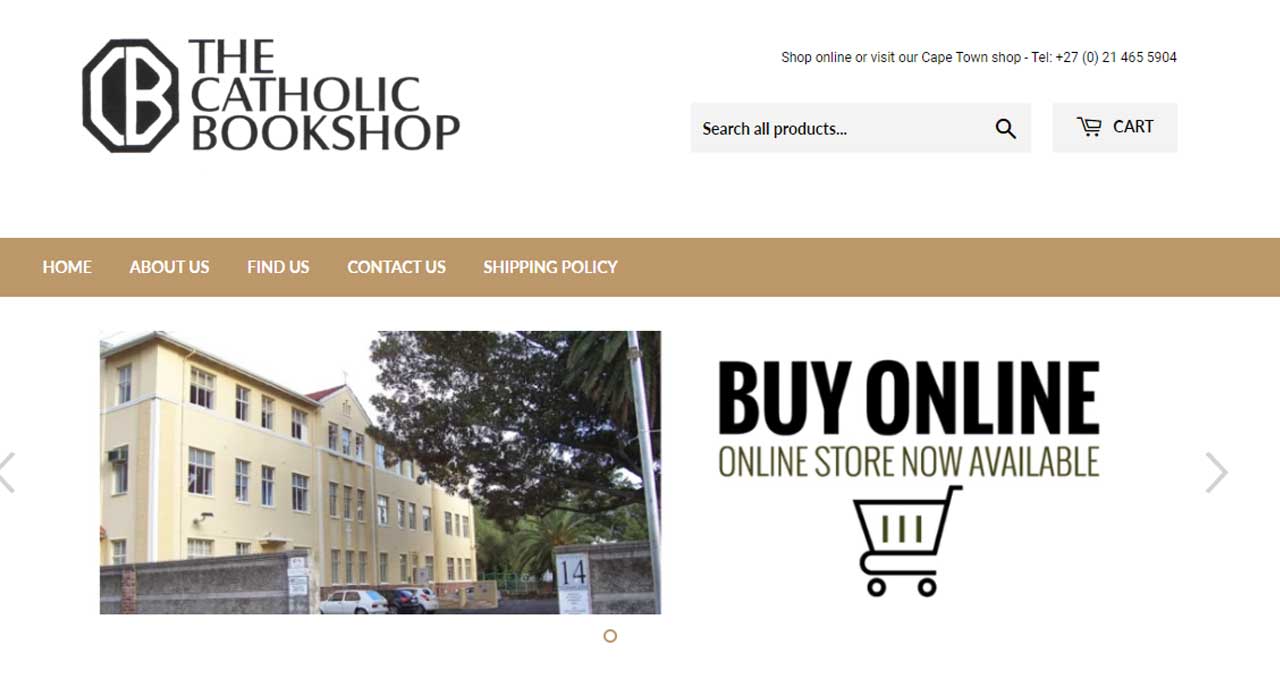 The Catholic Bookshop, which has been serving the Church in Cape Town and beyond for more than 70 years, has launched its new online store—and is offering a special discount on first orders.

To celebrate the launch of its online store, it is offering R100 off first orders of R500 or more. Customers can use the code “NEWCUSTOMER” at checkout to activate the discount.

Delivery throughout South Africa is free on all orders above R500. The store carries Catholic and other Christian books from local and overseas publishers, and music CDs, jewellery, gifts and repository items.

The Catholic Bookshop, at 14 Tuin Plein, was originally part of the Catholic Newspaper & Publishing Company, which publishes The Southern Cross.

In 1933 the company started to sell books, with a volume of Mgr Frederick Kolbe’s poetry among the bestsellers.

Out of that endeavour grew the Catholic Bookshop, which the Catholic Newspaper & Publishing Company owned until it was sold to the Schoenstatt Institute in 1982.

The Catholic Bookshop is run under independent management as a non-profit company.

The online shop is at www. catholicbookshop.co.za

Why It’s Great to Be an Altar Server